A roaring win, a close loss, a batting collapse and an unspirited performance – 4 games, 4 moods – story of USA Cricket Team’s performance so far at the CWI Super50!

Game 1 could have been one of the best starts in the tournament for USA as Elmore Hutchinson restricted Combined Campuses and Colleges (CCC) to a very gettable total of 222, with a career-best figures of 5 for 42. Hutchinson surpassed Usman Shuja to become USA’s all-time leader in 50-over cricket. On a pitch suitable for slow bowling, Elmore bowled his heart out to stand out and was ably supported by Timil Patel, Steven Taylor and Nosthush Kenjige. Some inexplicable strategies were on display as Kenjige, arguably USA’s best spin bowler, bowled only 6 overs. USA got off of a blinder with a Monank Patel half century and were sitting pretty at 81 for 1 in 19 overs. All they needed from there on was 4.5 runs per over with 9 wickets in hand – singles were the demand of the hour. USA’s inability to rotate the strike and some smart spin bowling by CCC triggered a collapse immediately post drinks as Monank lofted a drive straight to long-off. Barring Timil Patel, no other USA batsman showed the gut to stay at the crease and rotate the strike to take the team home and USA fell 58-runs short. The newly crowned captain Saurabh Netravalkar felt the pressure and led to a few insipid strategies like taking off the slips to see edges fly through, underbowling Kenjige and also not bowling Timil and Kenjige in partnership – which has been the success mantra for quite some time now.

USA went into game 2 without Steven Taylor who was forced to sit out on account of his NOC terms as a Jamaica contracted player. USA won the toss and opted to bat first but were bowled out for a meagre 144 in 42.1 overs. 3 of the top 5 got start but none could convert them with David Wakefield and Alex Amsterdam scoring at awfully slow rates. Wakefield’s shots’ limitation and Amsterdam’s habit of starting slow and then throwing away his wicket were on display. Timil was promoted to bat at 5 and he did not disappoint as he scored a steady 37 off 55 balls with able support from a promising Roy Silva. But a terrible mix-up and Timil was run-out and soon USA collapsed from 138 for 5 to 144 All Out. Roy got possessed once again and play a howler of a shot – next ball after Timil was runout, a ‘well-set’ Roy went for the scoop and was caught at square leg. Just when he should have taken some responsibility and guided the USA innings through, Roy played an irresponsible shot with 11 more overs remaining. Jamaica aced the chase with 7 wickets to spar – John Campbell scored a steady 52 and was ably supported by Chadwick Walton at the top and then Jermaine Blackwood. Rovman Powell and Andre McCarthy completed the rituals in a hurry as Jamaica achieved the target in only 26 overs. Netravalkar and Hutchinson bowled particularly well, but there just were not enough runs on the board.

Game 3 and USA registered their second win over Leeward Islands this year after beating them at the Super50 in February as well. USA stifled Leeward Islands with some top-quality left-arm spin of Nosthush Kenjige and quick wrapping of the tail by the veteran Timil Patel. Wakefield, Amsterdam and Silva continued their poor form. Timil top scored with 39 off 80 balls as he pioneered the USA total to a respectable 197. Kenjige, was the man-of-the-match as he strangled Leewards batsmen with his 3 for 22 in 8 overs. Kenjige fielded brilliantly, as always, to complement his 17-ball 14 which showcased his ability to play spin with a calmness which is in short supply in the USA middle order. A sweet win, many positives from the game; but a lot of work to be done nevertheless.

Game 4 – USA won another won, once again batted first and once again ended up on the wrong side of things. Challenged Barbados on a bunch of occasions but USA were just not competent enough to close the game at those points – especially with a very docile approach on the field. Steven Taylor top scored with 64 off 88 balls to take USA to 194 for 9 at the end of 50 overs. The inability to rotate strike once again hurt USA as they dropped from 48 for 1 at the end of 10 overs to 70 for 1 at the end of 20 overs. A total of 230+ was on the cards, but the ‘basics’ that USA innings missed cost them those extra 30 runs and in turn the game. The Jannisar Khan runout was the talk of the town. As Peter Della Penna described it – Jannisar loitered to finish the second run and did not ground his bat when he should have easily been in. Roy Silva failed once again with the bat and was just not penetrative enough. Roy might find it difficult to make the playing XI, especially in spin-friendly conditions like in the Caribbean at this point – because then his medium-pace bowling does not help him secure a place either. Usman Ashraf showed guile with a 2 for 23 in 5 overs. USA should have bowled in a more attacking fashion to get Jamaica all out – which was the only they could have defended a total as small as 194.

In short, Nosthush Kenjige was USA’s ‘player to watch out for’ after the first 4 games and Roy Silva was USA’s ‘player under pressure’. Lots to learn and improve for team USA in terms of strategies – more attacking fields, more sensible bowling changes, a balance between trying different team combinations for the WCL Division3 in Oman and winning games at the Super50, responsible batting, greater accountability by senior players and converting starts into big scores. The spinners are getting assistance from the pitches and are bowling really well; now the question is if the batsmen can step up and provide the final push to actually secure some wins in the upcoming games? 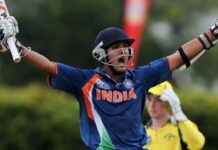 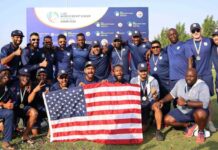