The opening plays an important role in any format of cricket, especially One-day internationals. The openers need to have a solid defensive technique, the ability to see the new ball off, and then put the pressure back.

There have been great openers in the past which include Virender Sehwag, Sachin Tendulkar, Adam Gilchrist, Chris Gayle, Sanath Jayasuriya who had taken the level of opening to the next level with their aggressive stroke play.

In modern-day cricket, every country has a top-quality opener which has the ability to dominate the opposition cricket.

Here we look at the 5 best openers in ODI cricket right now. 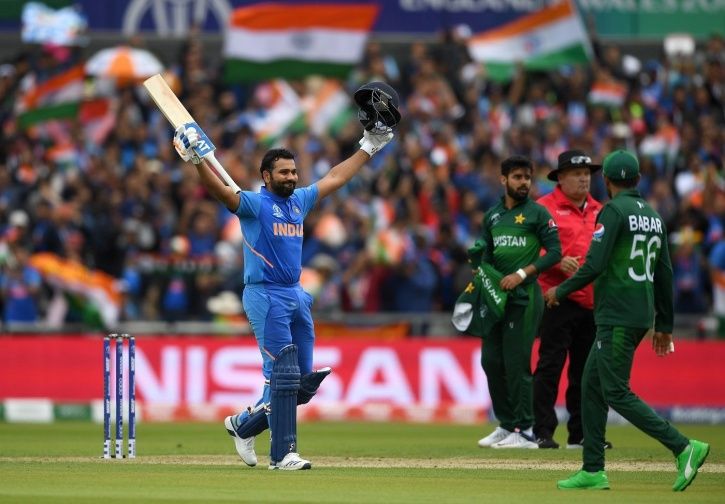 Rohit Sharma is the best opener in ODI cricket right now. After being asked to open the innings in the ICC Champions 2013, he has transformed into one of the greatest ODI batsmen. He has many records in ODI cricket which include 8 150 plus totals, record 3 double centuries, 2nd most 125 plus scores.

Rohit made his ODI debut for India against Ireland on 23rd June 2007. Since then, the explosive opener has played a total of 224 matches (217 innings) with 9115 runs. He holds the record of the highest induvial score to date.

Rohit Sharma could not play the last ODI series in New Zealand due to an injury. He produced match-winning innings in the 3rd ODI against Australia at Bangalore on 19th January 2020.

The best quality of him is that he depends upon timing and is the best player of the short ball. He can demoralize the opposition bowlers which helps team India post massive totals. David Warner is a left-handed batsman from Australia who has produced some magical innings. He made his ODI debut against South Africa on 18th January 2009.  The explosive opener has a career-best score of 179 against Pakistan on 26th January 2017 at Adelaide Oval.

In the 123 matches (121 innings), the explosive opener has scored a total of 5267 runs with 18 centuries and 21 half-centuries.  He has the backbone of the Australian batting line up in ODI cricket. Along with Aaron Finch, Warner provided Australia flying starts which puts the opposition bowlers under pressure.

Warner played a key role in the 2015 World Cup with 345 runs from 8 matches (8 innings) with the best score of 178 against Afghanistan.

After missing the 2018 season due to the ball-tampering case, Warner showed his class in the 2019 World Cup. He finished as the 2nd leading run-getter with 647 runs from 10 matches (10 innings) with 3 centuries and 3 half-centuries. His best score in the tournament was 166 against Bangladesh.

Before the Coronavirus pandemic, Warner was the top scorer with 67 runs in the first ODI match against New Zealand played at SCG on 13th March 2020. 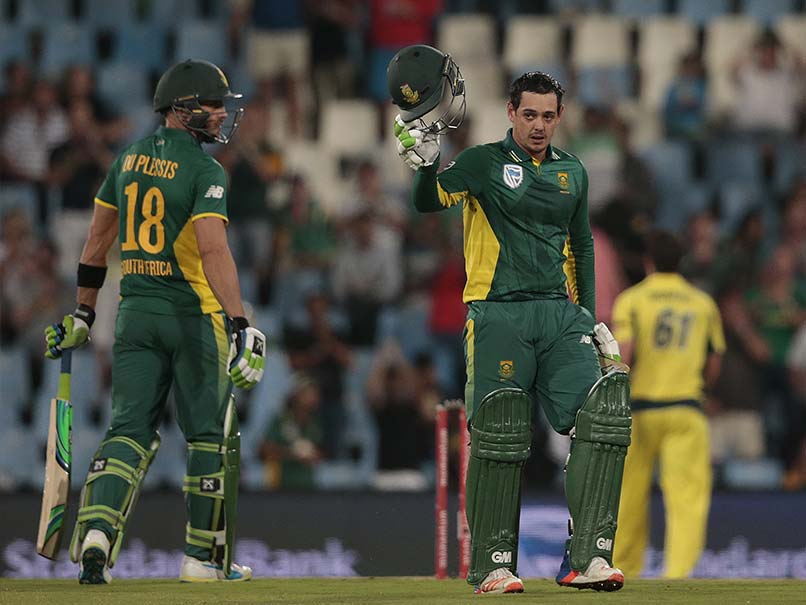 Quinton de Kock is another explosive opener in ODI cricket right now. He made his ODI debut for South Africa against New Zealand on 19th January 2013. While opening the innings, de Kock scored 3 successive centuries during the 2013 home season against India. For his brilliant performance, he was awarded the man of the series.

In 2019, de Kock had a brilliant year with 774 runs from 17 matches ( 17 innings) which include 1 century and 7 half-centuries. His best score in the year was 121. De Kock and Hashim Amla were involved in a record 282* runs stand for opening wicket against Bangladesh on 15th October 2017.

Despite South Africa not qualifying for the knockout stage in World Cup, de Kock had a decent one with 305 runs from 9 matches (9 innings) with 1 century and 1 half-century. His best score in the tournament was 68.

He was made the captain of the South African ODI side in the home series against England. During the first match played at Cape Town on 4th February 2020, de Kock played a captain’s knock with 107 off 113 balls and helped South Africa chase the target of 259 with ease. He came up with another fine knock during the 3rd ODI at Johannesburg on 9th February, de Kock made 69.

After the coronavirus pandemic, de Kock will be hoping to continue his terrific form for South Africa in ODI cricket and bring some stability. 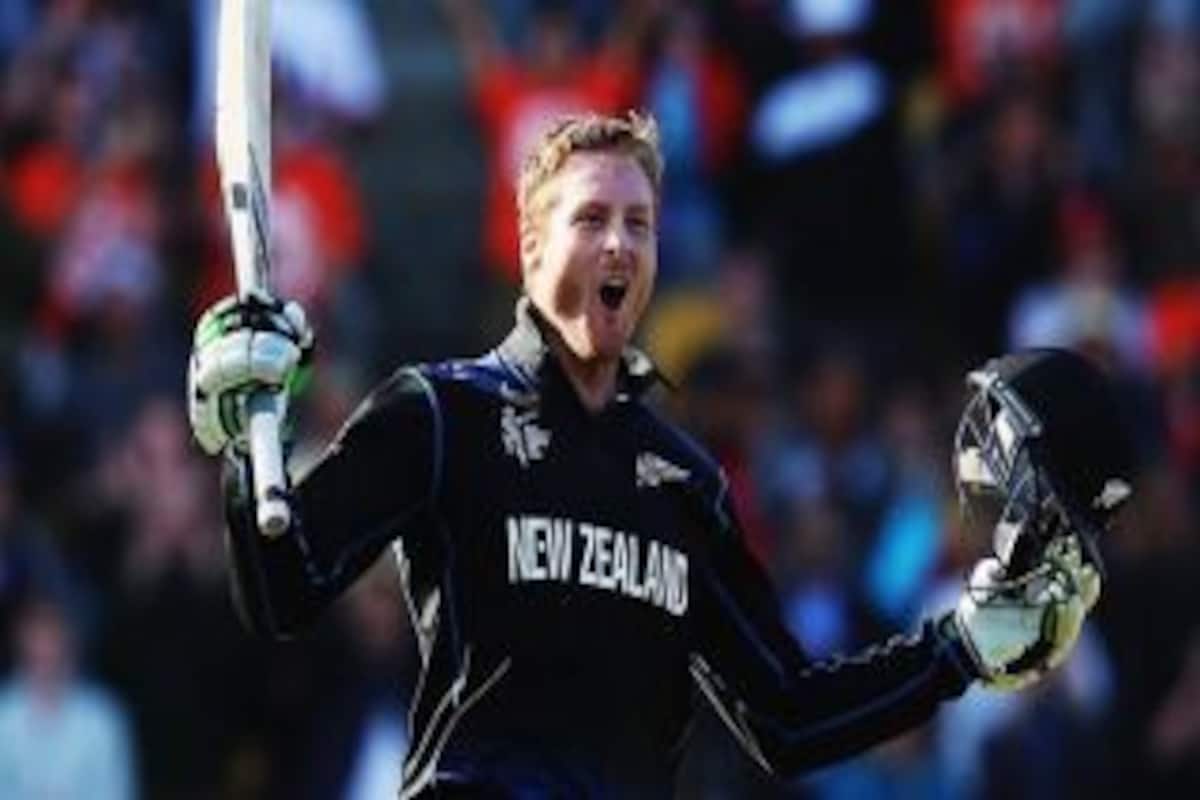 Martin Guptill is another aggressive opener in ODI cricket right now. He made his ODI debut for New Zealand against West Indies on 10th June 2009. Since then, the right-handed opener has played a total of 183 matches (180 innings) and 6843 runs with 16 centuries and 37 half-centuries.

Guptill played one of the best knocks in World Cup history by remaining not out on 237 off 163 balls with 24 fours and 11 sixes in 4th quarterfinals of 2015 World Cup played at Westpac Stadium, Wellington on 21st March. He is one of the double centurions in ODI cricket.

The right-handed explosive opener from New Zealand scored 650 runs from 20 matches (20 innings) in ODI cricket during 2019. He scored 3 centuries and 1 half-century with the best score of 138.

Despite New Zealand performing so well in the 2019 World Cup, Guptill had a disappointing tournament with just 186 runs from 10 matches (10 innings) with only 1 half-century. His best score was 73*.

In the 3 matches ODI series against India at home, Guptill scored 32, 79, and 66. He and Henry Nicholls provided brilliant starts to the team which laid a strong foundation for setting up the total and also chasing down the target.

Before the lockdown came into effect, Guptill was the top scorer with 40 in the first ODI match at Sydney on 13th March 2020. 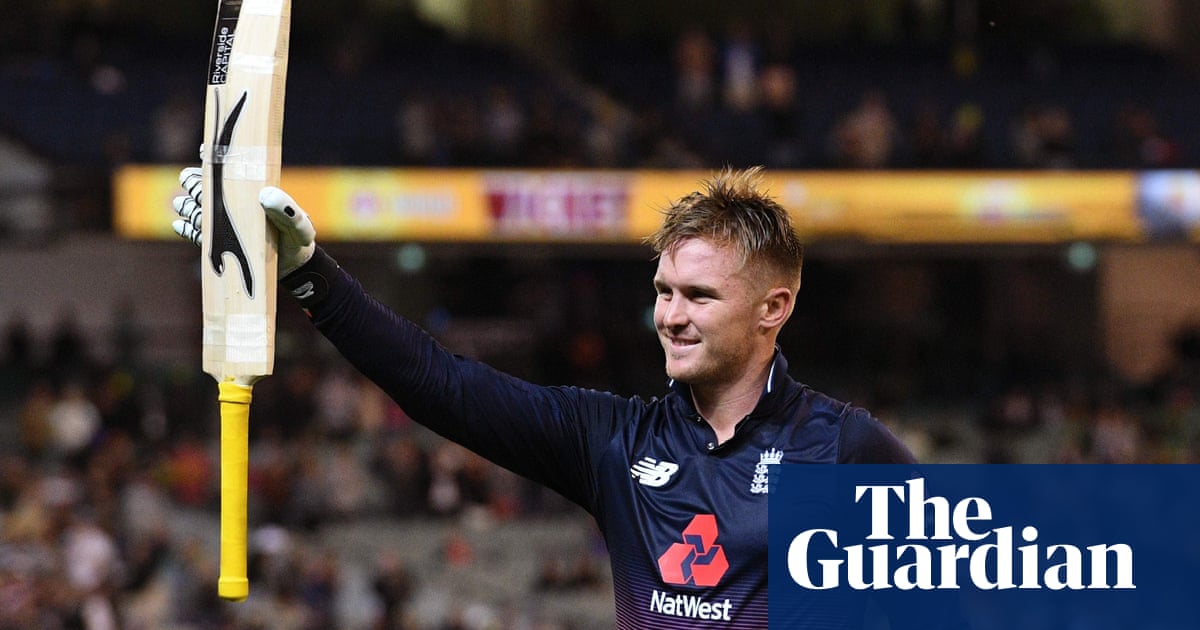 The presence of Jason Roy has transformed England into one of the best batting line up in ODI cricket right now. He made his debut on 8th May 2015 against Ireland.

Since his debut, Roy has played 87 matches (83 innings) and scored a total of 3434 runs with the best score of 180 against Australia. In his short ODI career so far, he hit 9 centuries and 18 half-centuries so far.

After the 2015 World Cup, Roy has made a major impact for England with 400 plus totals 4 times. His ability to put pressure on the fast bowlers makes him special batsmen.

Playing his maiden World Cup in 2019, Roy scored 443 runs from 8 matches (7 innings) with 1 century and 4 half-centuries. His best score during the tournament was 153. He and Jonny Bairstow provided flying starts to England to lay a strong foundation for a massive total. Roy rose to the occasion making life tough for opposition bowlers.

The explosive opener had a great 2019 in ODIs with 845 runs from 14 matches (12 innings) with 3 centuries and 6 half-centuries which made sure that England won the prestigious tournament for the first time.