2019 was a brilliant year for cricket fans around the world in which they saw exciting actions across all formats. Top-quality players like Virat Kohli, Rohit Sharma stood out for team India in batting while Shami did the job with the ball.

This year, the main highlight was India’s Test series win over Australia on Australian shores after a gap of 71 years. The finals between England and New Zealand was one of the best ODI ever in history. Also, Australia retaining the Ashes in England was a success story.

Apart from top quality shining for their respective countries, there were few youngsters who stood out and were selected in the national squads due to their performances in the domestic circuit. Marnus Labuschagne had a breakout year in Test matches for Australia. He came as the concussion substitute in the 2nd innings of the 2nd Test match played at Lords, London replacing Steve Smith. The young player showed confidence in scoring 59 to help Australia draw the Test match.

After Steve Smith, Labuschagne was the best scorer for Australia in the Ashes with 353 runs from 4 matches (7 innings) with the best score of 80. He hit 4 half-centuries during the Ashes.

He continued his superb form 143 and 50 in the first Test match played at Perth. In the 2nd Test match, the youngster scored 63 and 19 at MCG.

Labuschagne ended 2019 as the leading run-getter with 1104 runs from 11 matches ( 17 innings) with an average of 64.94. During the year, he hit 3 centuries and 7 half-centuries with the best score of 185. Due to his consistent performances, the youngster ended the year as the number 4 ranked batsman in the world. 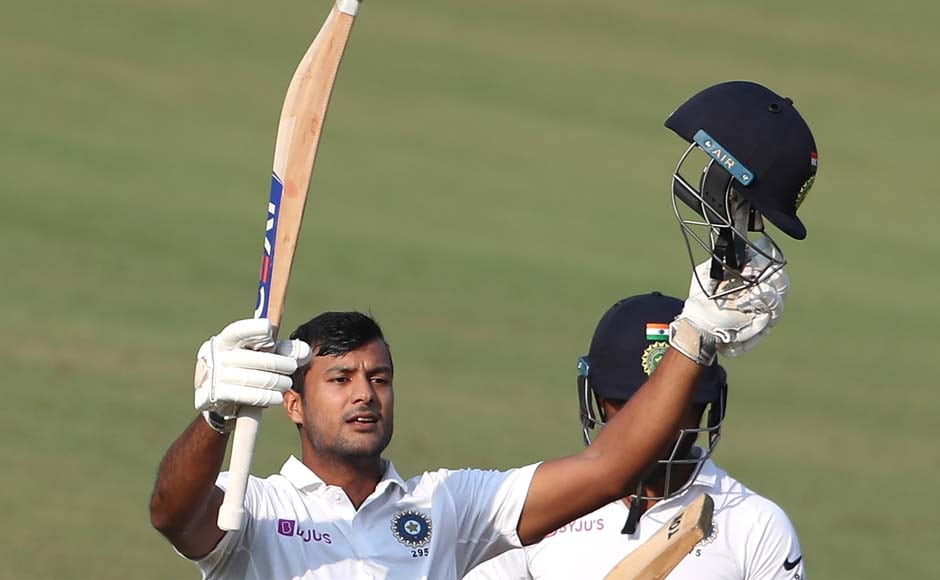 Mayank Agarwal was a consistent performer for Karnataka in the domestic circuit. When KL Rahul and Murali Vijay failed to give starts, Mayank was given a debut in the 3rd Test match at Melbourne and scored 76 and helped Team India lay a strong foundation for a massive total.

Since his debut Test, Mayank has looked composed with his technique and stroke play. During the home series against South Africa and Bangladesh, Mayank opened with Rohit and laid a strong foundation for massive totals.

He scored a total of 754 runs from 8 matches (11 innings) with an average of 68.54. During the year, Mayank hit 3 centuries and 2 half-centuries with a career-best score of 243. The Karnataka born player has tremendous skills against top-quality bowlers.

He will be looking to replicate his form when India tour New Zealand and Australia next year. It will be a massive test for the youngster in tough seaming conditions. Mayank was called as a replacement during the 2019 World and then replaced Shikhar Dhawan in the ODI series against West Indies.

Jofra Archer was the find of 2019 for the English Cricket Team. Before the 2019 World Cup, he made his ODI debut for England on 3rd May against Ireland. He impressed with his speed and accuracy which made the selectors include him in the 15 for WC 2019.

Archer bowled at a serious pace and troubled the batsmen. He ended the World Cup as 3rd leading wicket-taker as he took 20 wickets from 11 matches (11 innings) with an economy of 4.57 runs per over. His best figures in the World Cup was 3/27. In the epic WC finals, Jofra Archer was trusted the Super Over and held his nerves to help England win their maiden title.

Archer made his Test debut for England during the 2nd Ashes Test match played at Lords. During that series, he impressed with his speed and created an impact to pick up 22 wickets from 4 matches (8 innings) with the best figures of 6/45.

After that, he has found it tough to pick wickets at test level. In the recently concluded 1st Test match against South Africa, Archer took 5/102. In his short Test career so far, Archer has picked 30 wickets from 7 matches (13 innings) with an economy of 3.00. 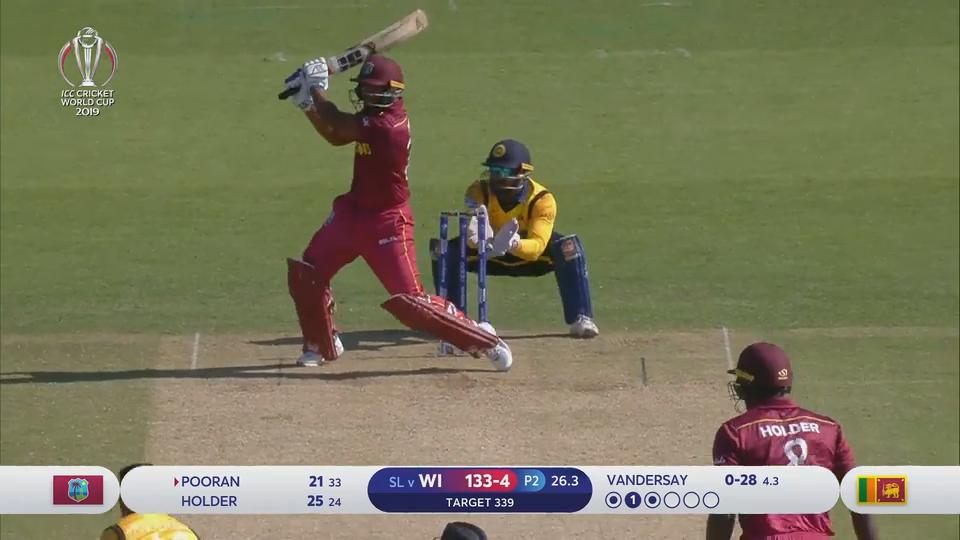 The explosive left-handed batsman from West Indies had a terrific year with the bat in the limited-overs format. He made his ODI debut during the series against England on 20th February 2019 at Bridgetown, Barbados.

During the year, Pooran had played some sensational knocks. He had a breakout season with a total of 728 runs from 19 matches (17 innings) with an average of 52.00 which included 1 century and 5 half-centuries. Pooran was the leading runs scorer for West Indies in 2019 World Cup with 367 runs from 9 matches (8 innings) with a career-best score of 118 against Sri Lanka. In that tournament, West Indies did not qualify for the knockout stage.

In the recently concluded ODI series against India, Pooran played some sensational knocks which created an impact on the match. He is an aggressive player of the spinners and hit the big against the pacers which are a boost for any team in the middle order. Babar Azam impressed one and all with his composure during 2019. He was a consistent performer for Pakistan across all formats. During the 2019 World Cup, Azam finished as the leading run-getter with 474 runs from 8 matches (8 innings) with an average of 67.71. During the tournament, he hit 1 century and 3 half-centuries to his name, with the best score of 101*. Despite his efforts, Pakistan could not qualify for the semi-finals due to the poor run rate.

He finished as the leading run-getter in Test matches for Pakistan with 616 runs from 6 matches (11 innings) with an average of 68.44. Babar Azam impressed with his stroke play during the tough tour of Australia. During 2019, he hit 3 centuries and 3 half-centuries, the best score of 104. Due to his consistent performance, Babar moved to number 6th in the latest batsman rankings.

Babar Azam had an impressive year in T20I format with 374 runs from 10 matches with an average of 41.55 which included 4 half-centuries. His best score in the year was 90. Despite his inconsistent performance, he is still at number 1 position in T20I rankings.