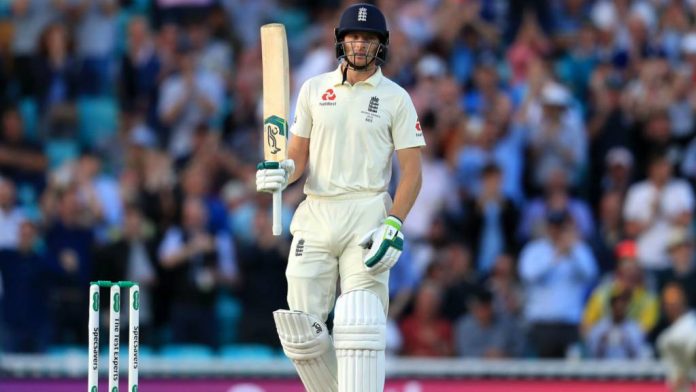 It was another brilliant day of Test cricket between England and Australia on the 1st day of the 5th Test match played at Kennington Oval, London on Thursday.

Australian captain Tim Paine won the toss and decided to bowl first. Rory Burns and Joe Denly struggled against Pat Cummins and Josh Hazlewood. Pat Cummins got the breakthrough dismissing Joe Denly for 14. The England openers added 27 runs for the opening wicket. Joe Root came to the crease and looked confident with his stroke play. Burns played with confidence and put on the gritty effort against the Australian bowlers. Root was dropped once by Peter Siddle and then by Tim Paine. England went into lunch break at 86 for 1.

After the lunch break, Burns and Root continued to score runs before Josh Hazlewood struck by dismissing Burns for 47. Burns and Root added 76 runs for the 2nd wicket. Mitchell Marsh made another breakthrough getting the wicket of Ben Stokes. Root played with confidence and reached his half-century off 105 balls. It was another good session for England as they ended on 169 for 3.

In the third session, the Australian bowlers did not allow England batsmen to score runs easily and picked wickets. Pat Cummins got the breakthrough dismissing Joe Root with beauty for 57. Root and Bairstow added 40 runs for the 4th wicket. Mitchell Marsh wreaked havoc among the England batting line up getting wickets of Bairstow, Sam Curran, Chris Woakes. Jos Butler looked in aggressive touch by smashing the Australian bowling line up.

Josh Hazlewood got the wicket of Jofra Archer for 9. Butler took the charge by hitting big shots while Jack Leach gave him full support. Butler reached his 50 off 60 balls. The Australian team took the new ball. England ended the 1st day on 271 for 8. Buttler and Leach have ended so far 45 runs for the 9th wicket.