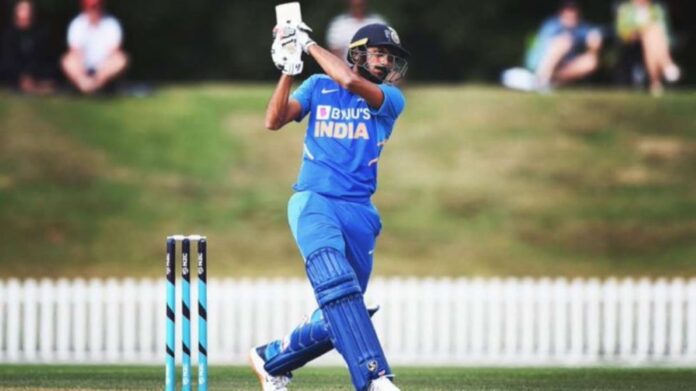 The left-handed all-rounder Axar Patel was declared first and available for selection for the 2nd India-England Test match starting Saturday. The all-rounder had complained of pain in his left knee and was ruled out of the first Test. Meanwhile, BCCI has withdrawn Shahbaaz Nadeem and Rahul Chahar from the Indian squad for the second Test. BCCI also confirmed that the duo will be added back into the stand-by players and will continue to practice with the team.

Axar has “recovered completely and is now available for selection for the 2nd Paytm Test in Chennai against England to be played from Saturday”, the BCCI said in a statement. Axar who has represented India in 38 ODIs and 11 T20Is is most likely to make his Test debut this Saturday. With the added depth in the batting line-up, Virat Kohli and the Indian team management can look at Kuldeep Yadav as a possible replacement for Washington Sundar. Though Sundar has been magnificent with the bat, his inexperience and lack of wicket-taking ability with his primary skill – spin bowling could potentially be a reason for his outsed.

India went in with the three experienced bowlers – Ishant, Bumrah, and Ashwin, in the First Test but failed miserably with their other two bowling choices – Nadeem and Sundar. While three frontline bowlers kept the batsmen quiet, the two rookies continued to leak runs and release pressure. Nadeem, of the two, was extremely inconsistent and helped the English batsmen settle well into their groove. Nadeem and Sundar conceded 265 runs in 70 overs between them.

“You need to understand two things in this situation – as a bowling unit, we didn’t bowl well collectively,” India’s captain Kohli said after the match. “If you consider the fast bowlers and Ashwin, then yes, we bowled consistently and in good areas.

“But if Washi and Shahbaz had also bowled such economical spells, then you create more pressure, [and] you cut out 80-90 runs from the opposition. So there’s no need to overthink it. We just have to continuously build pressure on them. And if we do that, then I have full belief that we’ll get the results that we’ve achieved as a side on many occasions.”

Axar Patel could bring in the right balance:

Look, who is back in the nets! @akshar2026 is here and raring to go! @Paytm #TeamIndia #INDvENG pic.twitter.com/HdaO9MgS9q

On a slowish deck, Nadeem struggled to manage his pace. His replacement, Axar on the other hand is consistent most days and has the natural pace-varieties in his bowling. Much similar to Jadeja, he is quicker through the air as well as off the wicket. It would not only help reduce the flow of runs but also restrict the rampant use of sweeps, from the England batsmen. If Patel makes it, he will be India’s fourth debutant in as many Tests this year.

“It’s a delicate balance you need to have in terms of understanding what the team goals are. At the same time communicating to individuals where their game stands and what we’re looking to do as a team, what are the team’s plans, and where do they feature in the team’s plans,” Kohli had said on the eve of the First Test. The entire cricketing fraternity would be keen on knowing who makes the team for the ever-so-vital Second Test at Chennai.

Indian skipper Virat Kohli will also look to break a couple of unpleasant streaks in the second Test. The one of losing four consecutive Tests under his captaincy and the other antagonizing streak of losing tosses. With a select 50% crowd also being allowed at the stadium, the game is sure to get a good boost. Needless to say, an enthralling thriller awaits!!