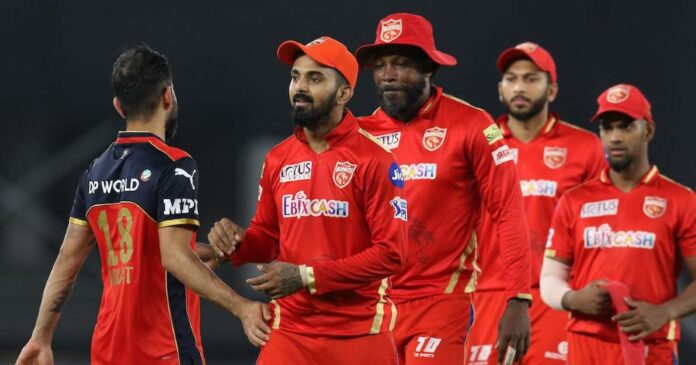 The Royal Challengers Bangalore lost to the Punjab Kings at Ahmedabad on Friday in only their second loss this season. But with both the losses being heavy and coming in space of just three games, Virat’s team is left with some questions to address before moving into the second half of the tournament.

Against Punjab, RCB failed to contain the Punjab top order as Chris Gayle and KL Rahul took full control of their bowling. Gayle especially hit everyone to all parts of the ground and Punjab, who seemed to struggle in the initial overs were soon on course to what seemed like a 200+ total. The setback for Punjab came in the 11th over when Sams got rid of the dangerous Gayle for 46. The PBKS middle-order that followed went down very cheaply leaving them struggling at 118/5 after 15 overs. A magnificent display of bowling had beckoned Banglore’s middle overs and the spin of Chahal and Ahmed had kept Punjab guessing all along. Not only did Punjab’s chances of a high score remained bleak but even a score in excess of 160 was now questionable.

However, the captain KL Rahul, against his favorite opponents once again played a match-winning knock of 91* alongside the youngster Harpreet Brar who also chipped in with an effective 25*. The two took on the RCB bowlers, especially the purple cap holder Harshal Patel to the cleaners and put up more than 60 in the last 5 to take Punjab to a 179 run total. Kohli’s miscalculations with the bowlers and the decision to bowl Harshal Patel over Mohd. Siraj cost him, as the purple cap holder went for 40 in his last two. The ball, seemingly gripping and turning in the middle overs, was going to be an evident threat for RCB in the run-chase, and it did not disappoint. After a tight start from the Punjab pace bowlers restricting RCB to only 36 in the powerplay, the spinners took all reigns under control.

This is the great thing about the #IPL. Stars glittering everywhere and two young men, Harpreet Brar and Ravi Bishnoi steal the game!

Ravi Bishnoi and Harpreet Brar bowling in tandem did not allow the batters to free their arms. The grip from the surface made hitting through the line difficult and RCB kingpins fell one after the other in pursuit of upping the ante. Virat Kohli and Glenn Maxwell were dismissed off consecutive deliveries by the Harpreet Brar and AB de Villiers too followed suit in his next over. The young left-hander, having played a crucial cameo with the bat, was back troubling RCB with the ball and returned with perhaps one of the best bowling figures against Bangalore ever. Bishnoi too chipped in with a couple of wickets to cause the final dents to their hopes. Though Jamieson and Harshal Patel did hit a few meaty blows towards the very end, Bangalore lost the game by 34 runs to see their net run-rate drop down to negatives.

Questions to be Addressed

The first and foremost challenge for the Royal Challengers Bangalore would be making the most of their bowling options. Going in with as many as 8 good-enough bowlers at times, Virat Kohli needs to manage his resources well and trust his best bowlers to bowl all 4. There have been days this season where RCB has bowled the likes of Chahal, Siraj, and Jamieson lesser than the maximum for others affecting the scoring, but thankfully not the result much. The team management will be required to come up with a plan for the shuffling of resources. The other concern to address would be the batting order. None beyond DDP, Kohli, ABD, and Maxwell have looked capable of turning the game totally on its head. Moreover, the fluctuation in form of even these four has put the team in a spot of bother.

The number 3 position, where RCB has experimented the most will also need to undergo some scrutiny as the likes of Patidar, Sundar and Ahmed clearly haven’t done that well with their opportunities. While both Virat and the team management have talked about these youngsters highly, they haven’t quite produced results. And if anything, in a run-chase like yesterday, their slack of runs has added pressure on the other batters. RCB has the choice of replacing the No.3 with a pinch hitter in Finn Allen or even Dan Christian at 3 and then have the Indian option like a Sachin Baby at No.6/7. The fact that RCB can still shuffle across with not one but two players without altering their balance is a real blessing and one would want them to make the most of it.

Going forward, Bangalore will need at least 3 wins of the next 8 for a playoff qualification but they’d want a few more given the perks of finishing in the top 2. For that to happen, it is extremely necessary for the team to address these minor questions as early as possible and be back to their prime form without losing much unlike the previous seasons.