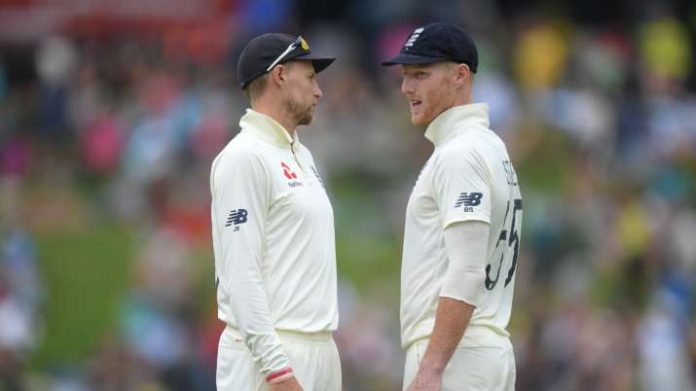 In a complete reversal of fortune from a few years ago, Ben Stokes was appointed as England’s stand-in captain against West Indies for the first Test at The Ageas Bowl. Joe Root, according to the announcement, has been relieved of national duties to welcome his second child. For Stokes, it’s cricket completing a full circle. After being stripped off vice-captaincy in 2017, Stokes has redeemed himself in the last 2 years to earn a deserving captainship call.

In 2017, Ben Stokes was notoriously acquitted for affray by the Bristol Court following a midnight brawl at a pub. As an aftermath, Stokes was forced to give up his vice-captaincy. However, over the next three years through sheer hard work, determination and passion for the game, he has risen up the ranks to be England’s crisis man across formats. His exploits in the World Cup as well as in The Ashes of 2019 have garnered immense praise and respect. Courtesy of which, the New-Zealand born Englishman was awarded with a knighthood. He was also termed as ‘Wisden’s Leading Cricketer of the Year’ this year.

Ahead of the series against the Windies, English Cricket addressed the media in an online conference on Wednesday. Asked about his rise from a potentially career-threatening moment, Stokes replied: “After that happened [in Bristol] it was: ‘Right, what am I going to do from this point forward? How am I going to carry and conduct myself?’ I’m quite proud to say I’m in this situation through hard work and determination. It’s been no fluke.

“I don’t normally like to speak about myself in this way but, looking back, I’m proud of what I’ve been able to do since that incident happened. It’s been through complete dedication and hard work towards the job I do.”

The captaincy, albeit for a single match, will therefore continue the upward trajectory in his career. Ben Stokes will become the 81st English player to lead his country in cricket’s most traditional format.

“Getting the opportunity to captain England is a huge honour, even if it is only the once you can still say: ‘Yeah I’ve captained England,’” Stokes said. “It’s a huge thing to think about and, if it does present itself, then obviously I’m really looking forward to it.”

The southpaw looked pretty chill and relaxed throughout the conference, expressing his heart out. He jokingly quoted playing with “nine slips and a gully is the plan”. Though missing out on a need for a wicketkeeper, Stokes made his desire to stamp authority on the field clear.

“I hope that I always try to set the example in terms of attitude and commitment. Even if I am in charge, that’s not going to change how I go about wanting to influence the game, which is to try to have a positive effect with ball or bat. No matter what I do in terms of a situation, it will always be [to take] the positive route.

“I’ve been a senior player since 2016 and learning from Alastair Cook and Rooty has rubbed off on me. And we’ve got some really experienced guys who I can use; Jimmy Anderson and Stuart Broad, who’ve got ample Test matches and wickets between them. I’d like to think I’ll be an open captain and won’t think my way is the only way.”

Interestingly, the 29-year old has never captained for his county team either. Having said, he is one of the most inquisitive, thoughtful yet aggressive minds in the game of cricket. Stokes will also have his say in selection ahead of the three-day practice game starting Wednesday as well as the final team short-listing for official Tests on Saturday. England coach, Chris Silverwood too was all praise for the Durham-cricketer.

“He’s conscious of the people around him, so I think he’ll do a great job in Rooty’s absence. It will be interesting to see what he does, because obviously it is his first time captaining England. We know he has got an aggressive nature, but equally there is a good cricket brain in there as well. He will have a lot of say in what is going on and he will play a big part in giving his opinions across the selection as well.”

Meanwhile, Joe Root will miss the three-day practice match. He will also be forced to quarantine himself for a week post returning. The series is being played under a bio-secured environment, owing to which, the England captain will be asked to follow the regulations. Root will return on 13th July, a couple of days prior to the second Test at Old Trafford, Manchester.