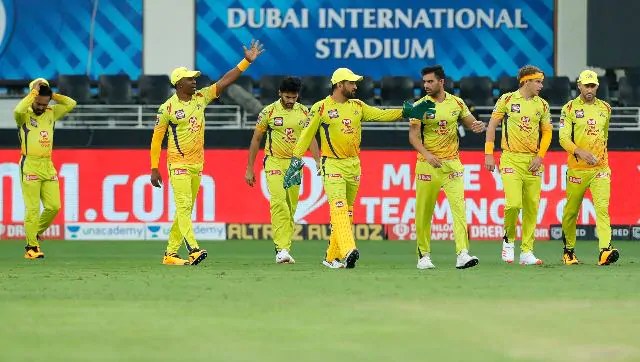 In the 10 seasons of Indian Premier League that they have played in, the Chennai Super Kings have never not qualified for the playoffs. Coming across all kinds of obstacles, challenges and through all the on-field and off-field difficulties, the team has risen through to be one of the most consistent and successful teams of all times. CSK is rather the only franchise that has had a solitary captain in over the years. The maestro himself, MS Dhoni. However, Dhoni’s side was unable to get off the mark with a bang. In a first time after 2014, CSK after winning the opening encounter against Mumbai went down thrice on the trot. There were struggles with the bat at the top, with the ball at the death and also in the field.

While the CSK bowlers found their line, length and discipline hard to grasp, the batsmen struggled with timing and placement. Other than Faf du Plessis, everyone else has seemed to be in bits and pieces affecting the confidence of not only the batsmen but the team overall. Most times, a lot was left for the lower middle order comprising Dhoni and the all-rounders. So much so that the team fell short of the target even after scoring at almost 12 runs per over in the death overs. Chasing yet another target at Dubai today, the CSK batsmen pleaded, “Not today!”. The match against Kings XI Punjab finally got them back some fortune, form and winning momentum.

The engines have warmed up. #CSK are back on the highway…..

It almost looked like a completely different Chennai outfit coming out of the dressing room in Dubai. Having lost the toss and asked to bowl first, the pressure was on the bowlers to restrict the opponent to a modest total. The in-form of KL Rahul and Mayank Agarwal gave Punjab a blistering start, meaning Chennai were forced to play the catch-up game all through the first innings. Rahul continued well after scoring his half century and was joined by the hard-hitting Pooran in the middle. A useful contribution from the new No. 3 Mandeep Singh had also helped Punjab propel their score well. With 152 on the board after 17 overs and with both Rahul and Pooran at the crease, a high score seemed almost certain.

Moreover, CSK’s recent leaks in the death certainly got the momentum shifted in Punjab’s favor. But it just wasn’t meant to be. Shardul Thakur got rid of both Pooran and Rahul on consecutive deliveries and the aggression from Maxwell and Sarfaraz was handled well by the bowlers. They allowed 26 runs to be scored off the last three overs. They were also excellent in the field and caught everything that came their way. The target that once promised to be in excess of 190 was curbed to 178 in 20 overs.

Du Plessis and Watson revive the Chennai we have known:

178 seemed like a modest target but it still had to be executed well. A good start was imperative and Watson and Du Plessis finally managed to get Chennai one. The duo was watchful through the initial phases but put the bad balls away effectively. All the years of experience in international cricket came through the fore as the duo soon began to shift gears. It was in the sixth over by Chris Jordan that CSK scored 19, thus setting the juggernaut rolling. The two went on to complete their first 50 run partnership of the season.

The Punjab bowlers found it hard to bowl to the batsmen. Watson and du Plessis were both negotiating with the field well. They picked out the gaps efficiently, ran between the wickets watchfully and were sound with the long and hard hits. Within no time, it seemed like CSK had redeemed themselves and the dependable duo had finally found the right groove. Watson and Du Plessis finished with a 181 run stand, Chennai’s highest ever in the IPL. They scored with 83* and 87* off 53 balls each respectively taking the Chennai Super Kings to only their second win in five matches. The 10-wicket win with 14 balls to spare also marked an end to their miseries that had been doing rounds all through the first four games.

Important to keep the momentum going:

MS Dhoni has been vocal about professionalism, commitment and game-sensing ability all through the tournament. It was perhaps today’s performance that he might have been referring to. While it did put a lot of questions to the rest, it spiced up the IPL this season even further. Only once in the last 12 seasons has a Dhoni-led side not made it to the playoffs and with a point for MS himself to prove, it is certainly too early to write Chennai off. After-all the Chennai we all know has left a glimpse spurring the expectations for the long and consistent run.