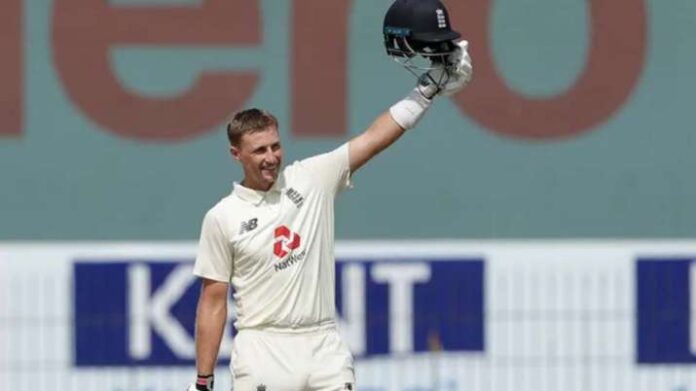 The beauty of Test cricket lies in the number of uncertainties it has to offer. It is these incessant number of possibilities that exist within a Test match that make the format richest in its cricketing value. Each day, each session, and each ball bowled throughout the course of 5 days and 450 overs holds a value, contributing to the bigger picture – the result. The ongoing Test at Chennai between India and England promises to be one of the most high-scoring games of recent times. Batting first, Root-led England has piled on as many as 555 runs in two days and is expected to add a few more on Day 3. Thereby also influencing the result, the mammoth score has almost eliminated the chances of an outright Indian win.

The Chennai pitch showed no signs of crumbling down until very late on Day 2. By that time, England, courtesy of Joe Root’s fifth double-century cruised through beyond 500 with minimal damage. Root’s innings was well supported by some aggressive play by Ben Stokes. The left-hander, playing his first international match after his routine break, was back amidst runs scoring heftily off the Indian spinners. His six down the ground off Ashwin was perhaps the highlight of his entire innings. On the other hand, his skipper Root seemed to continue on the Sri Lankan tracks that he cherished the most. His marathon innings, which included phases of all kinds from sound defenses to commanding attacks, saw every plan being executed with some finesse.

More than the runs importantly, the England players also killed time. In patches where the Indian bowlers dominated the proceedings, the Englishmen were patient enough to not take undue risks. They were aided by a couple of dropped catches and a missed run-out chance adding to the Indian sorrow. Success for India came in extremely late into the day with Pujara catching Stokes on the boundary on the second attempt off Nadeem. India’s miniature comeback in form of the two wickets from consecutive deliveries by Ishant Sharma gave them some consolation. But the damage had already been done.

Moving into Day 3, England is expected to continue with till as long as they can before letting the tired Indian legs bat. For India to win the Test match from here would need some extra-ordinary and quick run-scoring right from the word go. The hints of swing and slight spin in the last session could also worsen India’s cause. However, the Indian team would be unlikely of thinking about an outright win and would look to reach a position from where they won’t lose. And if anything, the Day 3 pitch is unlikely to do anything more than an odd prank. So a draw from here though is most likely, quietly putting extra pressure on India’s WTC campaign.

The pitch is playing just the odd prank but nothing yet to suggest that batting will be difficult on day 3.

That is perhaps the value and the excitement that Test cricket brings into the game. Somedays, the game moves quickly, sometimes it takes its own time, sometimes it is the pitch that plays a major role while sometimes it is only the player’s performance that matters. Over time, the Indian cricket circuit has moved on, from purely turning tracks to stage well-fought Test-ing encounters. The Chennai Test right there is a spectacle of the highest quality and one of India’s most successful visitors, England are right in it with a chance of a worthy upset.