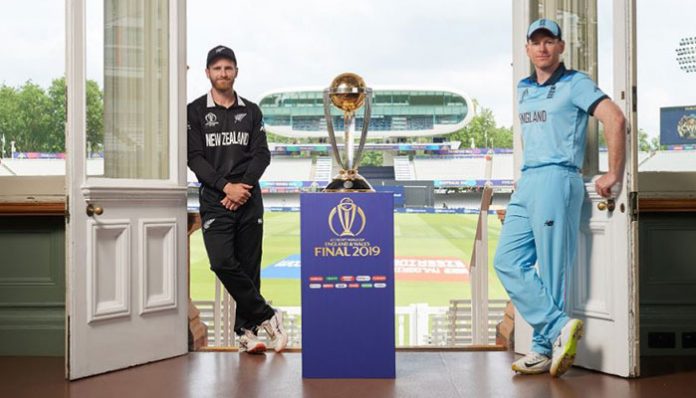 New Zealand were up against the ‘favorites’ England in the final of ICC Cricket World Cup 2019 at Lords. A Trent Boult catch on the boundary (off Carlos Brathwaite against WI) had seen the Kiwis through to the semifinals and a Guptill throw onto the stumps (to catch Dhoni short of his crease) had booked their tickets to the finale. But such were the fortunes, the nemesis of exactly these two incidences came back to haunt New Zealand. However, this World Cup final was unfortunate for more than one reason.

Both teams had contrasting journeys in the build up to the finals. While the hosts cruised along, the Kiwis had learnt success in the hard way, especially in the later half of the tournament. Come the day of the finals, the excitement, enthusiasm and intensity amidst the players as well as the fans from across the globe knew no bounds. New Zealand had posted 240 yet again and having defended almost the same the other day, they seemed confident of repeating it. This time, with a much elusive World Cup title at stake.

England at a point struggled to even stabilize the innings losing wickets at consistent intervals. Halfway through, the hosts had managed only 93/4 against a formidable New Zealand pace attack. Ben Stokes and Jos Buttler at the crease had a task of lending stability first and then setting up an attack. While Buttler took on as the aggressor, Stokes lent him support from the other end. A roller-coaster of emotions ran through everyone, both at the stadium and in front of the television screens. Buttler’s departure in the 45th over spiced up the encounter even further. New Zealand began to tighten their grip with a couple of quiet overs and the dismissal of Chris Woakes. Coming in to bat in a run chase under pressure, that too in a World Cup final, was easy by no means. It had all boiled down to how the set batsman in the middle played – i.e. the English dreams rested on Ben Stokes.

The equation had boiled down to 24 needs for the last 12. Neesham, NZ’s crisis man, was trusted with the responsibility of the penultimate over. It also meant Boult was to bowl the final one. Neesham began with three perfect deliveries curling in and onto the stumps. While the first two gave away only a solitary run each, the third brought in the priceless wicket of Liam Plunkett. Immediately the next ball, Stokes too hooked one over mid-wicket. Boult running across the boundary managed to cling onto with a jump, just like he did against the West Indies, but this time stepped on the boundary cushion on the way back down. He also tried to pass the ball to the fielder alongside but it was too late. Not only did it give Stokes a lifeline, it added 6 runs to England’s total. Neesham however, did finish the over well picking up Jofra Archer off the last ball.

15 runs, 1 over. Tent Boult only had to defy the storm of Ben Stokes who was batting on 70* by then. He denied singles to keep strike off the first two balls. Boult ditched another yorker at him on the third but the southpaw was efficient enough to dig in and hoist the ball over mid-wicket for a six. It had sprung hopes back in England’s camp but what happened next was a helpless flurry of mis-fortunes. Stokes played the fourth ball into the vacant region between long on and mid-wicket. Guptill, known for his direct hits, had a throw at the stumps but the ball ricocheted off Stokes’ diving bat to go for a boundary behind the keeper. Everyone including the players, support staff and spectators were awestruck. Stokes lay down with his hands up pleading innocence. Such an incidence had never happened before. It even left the umpires confused for a moment but ended with the extra four runs to the Englishmen. WIthin the span of two overs, the exact two instances that had got NZ there had betrayed them off the World Cup title.

It left the equation at 3 needed from 2. The excitement had reached its peak and given the way Boult nailed in his last two deliveries, it only multiplied further. Coming back for the second, the non-strikers were caught short on both occasions. After 100 overs of intense cricket, both teams were still inseparable. First time ever, a World Cup final was set to go into a Super Over.

“Jos and I knew if we’d be there close to the end, New Zealand would be under pressure. Not the way I wanted to do it, ball going off my bat like that, I apologised to Kane.”  -Ben Stokes

Buttler and Stokes took guard as England batted first. Boult held the ball hoping to restrict England to as less as possible. He tried to bowl full and on stumps but the England batsmen were too good to miss out even on the slightest error. Post three on the first ball, Boult went for a boundary each off Stokes and Buttler later in the over. England had managed to score 15 in the super over and New Zealand to win, needed 16 off Jofra Archer.

Neesham and Guptill were entrusted with the task. While the former had always been New Zealand’s go-to man, the latter had won matches single handedly in the past. However, tGuptill also had to leave the last-over terror behind him in order to achieve the feat. Archer began with a wide and a couple. Neesham whipped him over the mid-wicket boundary off the second legal ball. Archer was left with 7 to defend off the last 4 and that is when he got his A-game to the fore. Archer nailed his yorkers one after the other giving away two runs at maximum. With Guptill on strike for the first time on the last ball, New Zealand needed 2 to win. Full angling on pads, Guptill played it into the vacant leg side, ran his heart out and dived to complete the second. However, Buttler had already taken the bails off and England rejoiced on their first ever World Cup win. Even after 102 overs of inseperable cricket, England were the World Cup Champions.

Mind you, only because of ICC’s much controversial boundary count rule. “The team with highest boundary count wins in case of a tied super over.” was arguably one of the most unfair and unfortunate rules to ever exist. There were many other such factors throughout the game where NZ came out on top, but weren’t considered. Given the importance of a World Cup Final, the rule seemed like ICC’s grave mistake. New Zealand were distraught to lose their second straight final in a row. England deserved their title for the stupendous brand of cricket on display, but so did New Zealand. A humble, quiet Williamson walked out to the post match presentation trying to hide his devastation under an anxious smile.

The England players too acknowledged the Kiwis’ efforts even while ecstatically celebrating the World Cup win. The joy among the players and the fans knew no bounds. World Cup was finally back home, where it all began after 45 years. It was perhaps the only moment in cricketing history where the entire fraternity smiled and weeped all at the same time. World Cup 2019 Final, This Day, That Year!