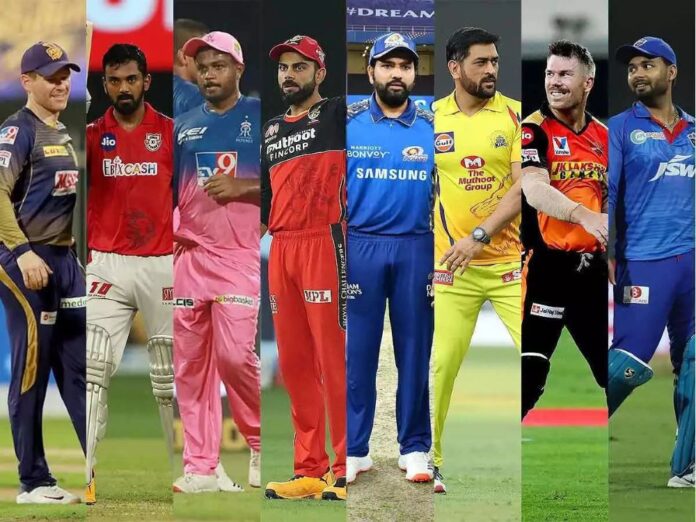 According to the recent reports, IPL 2021 is likely to resume in the UAE in September, just prior to the T20 World Cup. The remaining 31 games of the tournament are likely to be played in a 3-week window starting from the 18th of September with the finals to be held on October 10th. “The BCCI has spoken to all the stakeholders and the likely start could be between September 18th to 20th. Since September 18 is a Saturday and 19 a Sunday, it is more likely that you would want to re-start it on a weekend date,” a BCCI official told PTI on conditions of anonymity.

“Similarly, October 9th or 10th will be the final as it’s a weekend. We are finalizing the itinerary and there will be 10 double headers and seven evening matches along with four main games (two qualifiers, one eliminator, and the final), which completes the list of 31 matches,” the official added. However, with all the amount of international cricket being played across the globe, the players’ commitments, the quarantine rules, and the crunch scheduling constraints, BCCI is set to face multiple obstacles in pursuit of getting this edition completed.

BCCI is hopeful for squeezing the remainder of the IPL in the said 3-week window. However, the scheduling for the same will be one of the major tasks for the cricket board. With only 3 available stadiums, the strain on the available resources could be too much to handle. Last time around, IPL 2020 saw 60 matches being played in a period of around 2 months. Even then, the pitches showed signs of extreme wear and tear with time. Thus the cramping up of matches could well also affect the preparation for the ICC T20 World Cup scheduled only a few days after the proposed IPL 2021 final.

Another issue to address would be the busy international calendar for most teams. The announcement of the Caribbean Premier League from August 28 – September 19 could also hamper the potential early IPL games. England cricket team as well, during the said period, will be on their subcontinental white-ball tour to Bangladesh and Pakistan. Their director, Ashley Giles also mentioned recently that the players rested from the two series would not be allowed to play other franchise leagues (IPL) in order to keep them fresh for the T20 World Cup. Moreover, India themselves are scheduled to host South Africa and New Zealand according to ICC’s FTP. It is therefore going to be an uphill task for the BCCI to have a full-fledged resumption of IPL 2021.

Logistically as well, the IPL 2021 in the UAE would be very taxing. The number of strict quarantine rules implemented across the stadium, the increased cricket action on the comparatively smaller squares, and absolutely no room for buffers could make the management even worse. A few players from the Indian squad in England, Caribbean Premier League, and other international teams on their respective would be needed to be transferred from one bubble to the other. The bubble to bubble transfer and the following quarantine rules will also need a keen eye from the IPL management.

It is also heard that BCCI could potentially look at Oman as an option for hosting a part of the league matches. It will reduce the load on the UAE pitches but could be a nightmare to manage for the players as well as the support team.

3Availability of the players for IPL 2021:

The availability of players is one of the biggest fears affecting the resumption of the Indian Premier League right now. The number of international tours around the globe and the T20 World Cup being just around the corner could influence a few cricket boards against sending their players for the competition. Virtually each of England’s front-line T20I XI – captain Eoin Morgan (Knight Riders), Jos Buttler, Ben Stokes, Jofra Archer (all Rajasthan Royals), Johnny Bairstow and Jason Roy (Sunrisers Hyderabad), Sam Curran, Moeen Ali (both Super Kings), Chris Woakes, Tom Curran (both Capitals), is a key part of the IPL.

Finally, with all the amount of cricketing action, bubble-to-bubble transfers, and the mandatory quarantine rules, the thing that takes the most toll will be the morale and the fitness of the players. Playing matches with minimal gaps in between, the fatigue associated with the travel, the mental tiredness with the stringency in rules, and the pressure of staying fit for the even bigger T20 World Cup could be too much to handle.

We have all witnessed how an elongated series, like for India in Australia, starts taking a toll on the players mentally and physically. The respective cricket boards, being aware of all such scenarios could well put restrictions on their players with respect to the participation in the IPL. Having said that, it is still too early to rule out a full-fledged resumption and one would hope that the golden center is struck for all franchisees, teams, and players in all aspects.