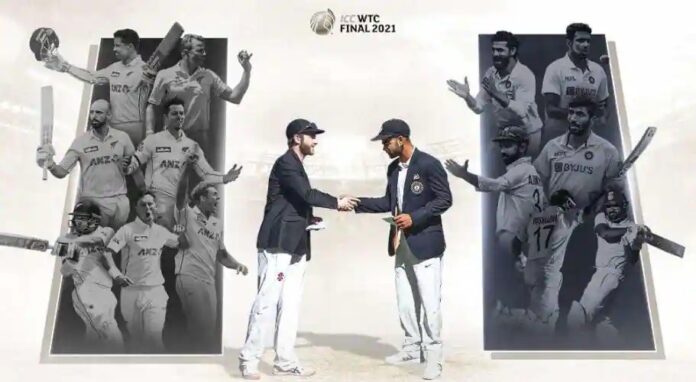 World No.1 India will take on the World No. 2 New Zealand in the World Test Championships Final in England starting June 18 at Southampton. While the contest is one of the most sought-after matches in recent times, it also is a test of character, skill, and mental strength. Both Virat Kohli and Kane Williamson’s men will be eager to attain the prestigious crown. Here are the 5 things to look forward to from the WTC FInals between the two top-nations.

1The approach in captaincy for the WTC Final:

Virat Kohli and Kane Williamson are two different breeds of captaincy. While the former is more aggressive and an at-your-face captain, the latter is more calm and instinctive in his leadership. However, both styles strive for the common aim of excellence and it’s their cricketing process that has aced results for the team. Playing the WTC FInals in England will be a test for the two captains as well as much as it will be for the two teams.

Not only will they be responsible for chalking out the right plans and implementing strategies, but they will also be required to lead their team from the front when it comes to batting. Williamson and Kohli have both not had the best of World Test Championship till now, and the final is their best opportunity to make their presence felt. Being a vital cog in the middle order, both captains will look to play the longer innings and thereby taking their team close to the victory. Both India and New Zealand in recent times under the same captains have faced a few heartbreaks in ICC tournaments. WTC Final could be their best shot at redemption.

2Adapting to the English conditions:

The English weather as it is often said is capable of having all three seasons in a single day. The overcast times, the sunny days, and the cold winds all pose distinct threats to the game of cricket and the players need to be up to these testing times. Especially for a team touring the nation, it is often found tough to get going against the mighty swing on offer. India and New Zealand at the World Test Championship Final will need to be mentally as well as technically equipped to survive through the English conditions.

Be it with the bat or ball, the players will need to be acquainted with the conditions as soon as possible. The change in the leather with the Duke ball being used is also something the players will need to be careful of. New Zealand who plays a couple of Test matches against England prior to the WTC Final is likely to be in a much better position as compared to their opponents India, who would only have a few intra-squad matches behind them before the big day. But having said, the unpredictability of an ICC FInal still keeps the game pretty much even, with no clear favorites going into the Final.

3Finding the right team balance for the Final:

India and New Zealand in recent times have had many youngsters coming up the ranks and also impressing on their international debuts. The series wins against Australia and England and the number of stars emerging off them for the Indian team was a sight to savor. The Kiwis as well had plenty of positives to take from their elongated home season. With the number of options either team has, it would be interesting to see the kind of combination that both the teams go with.

Southampton has also shown signs of spin in the Test matches from recent past and given the batting depth that the two spinners provide, India will be tempted to play both Jadeja and Ashwin over the fourth seamer, Siraj. New Zealand on the other hand has trusted their four quicks in Southee, Boult, Wagner, and Jamieson. The latter two of the four alongside the only spinner Santner are also resourceful with the bat. Interestingly, the Kiwis also go in with the option of going in with all 5 speedsters with the inclusion of Matt Henry as well as the presence of Colin de Grandhomme. It would therefore be exciting to see what the teams think about the conditions and the kind of teams that they go into the WTC Final with.

4Winning the mini-battles between the specific duels:

When two teams of the stature of India and New Zealand come up against each other, and that too in an ICC FInal, the one-on-one duels are expected to pop heads. It will be of utmost importance to see how the Indian top-order performs against the New Zealand new ball bowlers, especially in the first session against the new ball. The teammates from the IPL, Rohit Sharma-Trent Boult, Virat Kohli – Kyle Jamieson will be against each other albeit in a completely different format.

Dan Christian in one of his candid chats revealed the fun conversation between Kohli and Jamieson, slyly lending hints over the intense rivalries that exist. Amongst others, the competition between the Indian new ball bowlers and the NZ top order will be the one to look out for, as also the approach of the in-form Rishabh Pant in the swinging English conditions. The last time Pant played a Test against England, he scored a blistering fourth innings hundred in India’s failed run-chase.

Almost two years after meeting in the ICC World Cup 2019 semifinals, the two teams will face each other in another ICC Final. While the Indians will be looking forward to completing sweet revenge over the Kiwis, Williamson’s men would be in pursuit of their first-ever ICC crown. With a 25% crowd also expected to be a part of the game, it would be of extreme excitement to see the world’s best two Test teams go against each other.

The demons from the 2019 World Cup in England for both the teams have not yet being subsided and if anything, the WTC Final poses a chance to overcome the emotional as well as the mental barrier. Needless to say, it is guaranteed to be a nail-biting thriller of a contest.