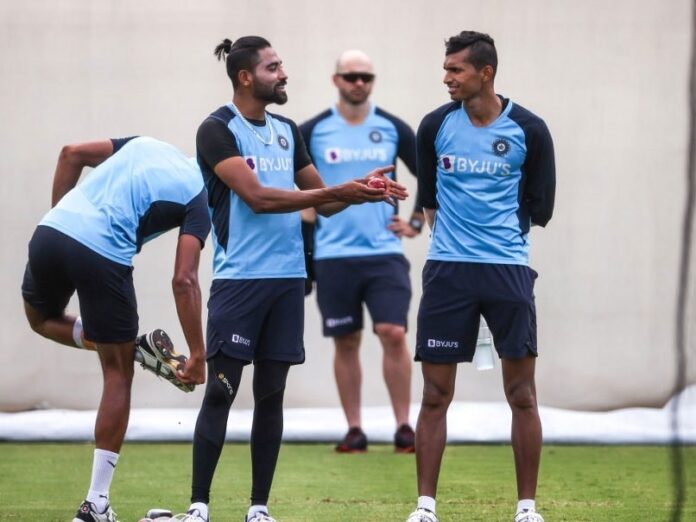 The list of injuries and injury-ridden players only seemed to increase throughout the series. The result of which, saw India field as many as five debutants this series, the joint-most ever by them in a series. The last time India handed Test caps to five players in a series was the Indian Tour of England, 1996. That tour then handed India the legends of Saurav Ganguly and Rahul Dravid and Venkatesh Prasad. It would therefore be interesting to see if any of the debutants from this series went on to become modern-day greats later. What’s also noteworthy is that the Indian team played as many as 19 players this series, only Rahane, and Pujara amongst them to have featured in all four Tests.

So, no Ishant, no Bumrah, no Shami, no Yadav, no Ashwin, no Jadeja. Siraj with 2 tests behind him is the most experienced Indian bowler. Total experience Siraj (2), Saini (1), Shardul (11 balls). This is surreal and unprecedented

India handed Mohd. Siraj the Test cap in the 2nd Test as a replacement for Mohd. Shami. Impressive throughout the Test series, Siraj emerged as the leader of the bowling attack in the ongoing decider after a dramatic turn of events. He was also seen taking up leadership in the last Test as well, guiding fellow debutant, Navdeep Saini. The two have had almost an adjacent career playing for India A and RCB in the IPL. Even in the couple of Tests that they’ve played, both Siraj and Saini have shown character and the heart to bowl consistently in good areas. Shardul Thakur, another Indian with good First Class experience will join the two forming India’s pace battery. For India to be able to pick up the needed 20 wickets to produce a desirable result, the three will play a major role.

The other duo to debut for India in the Test series at Brisbane is that of Washington Sundar and T Natarajan. Having only joined in as net bowlers, the two were fast-tracked into the Indian side citing injury concerns. While Sundar found a place replacing fellow all-rounder Jadeja, the fairytale-man Natarajan replaced injured Jasprit Bumrah. Needless to say, either of them will have huge slots to fill. But more importantly, they will be more focused on making the most of the opportunity. Natarajan in fact became the first-ever Indian to debut in all three formats on the same tour. With India playing beyond their top 7 bowling choices, it would be important for each of the Indian bowlers to make a mark in order to be considered for the longer format in the near future.

The only Indian batsman to get a maiden Test call up this series is Shubhman Gill. He replaced the struggling Prithvi Shaw in the second Test and has been up to the tasks ever since. He also brought up his maiden Test fifty at Sydney and has shown the potential to provide India the needed stability at the top.

Debuting in foreign conditions is never easy and to begin a career down under, with that amount of pressure is even more challenging. The tour, however, giving the India fans one disastrous end to forget, a miraculous win, and a fighting draw to remember will find a place in the history books for these debuts and the debutants to remember. Now if any of these go on to do big in international cricket, analogous to the England ‘96 batch, is only about time to answer.