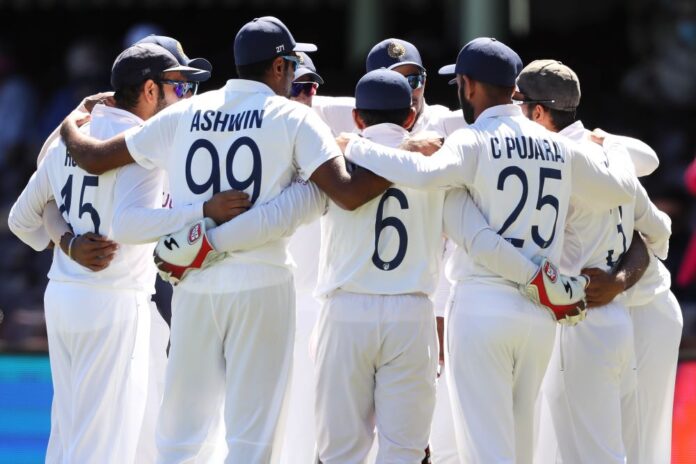 The Indian cricket team is set to embark on one of its most awaited journeys of the year to England to play the WTC Final followed by as many as 5 Tests against the hosts. It was not long ago that the Englishmen traveled the sub-continent for a full-fledged cricket series across formats, and the traditional long-form return-cricket fixture promises to be another humdinger of a contest. The 20-man Indian contingent along with a few more stand-bys was announced by the BCCI recently. While the selection did involve a couple of surprises, it also provided an opportunity for the young and deserving, both in the team and amidst the stand-bys. Perhaps, it is after the Australian tour that teams have realized how crucial are stand-by players and net bowlers in these tough and testing conditions.

Abhimanyu Easwaran, Prasidh Krishna, Avesh Khan, and Azhan Nagwaswalla are the four players selected as a stand-by in the Indian cricket team to tour England. While the likes of Abhimanyu Easwaran and Avesh Khan have been serving consistent performances for their respective states as well as India A team for quite some time now, Prasidh Krishna has impressed all rising up the ranks in no time. Both Avesh and Krishna have also been mighty impressive in the IPL and would look to continue their form into the England tour. Meanwhile, the surprise pick, Azhan Nagwaswalla, who is likely to train the Indians to face Trent Boult is also found to have an impressive first-class record in the last couple of seasons.

The morale of the team is built not only on the field but also off it. Indian team management has done exceedingly well in creating a free environment with everyone given a well-defined role in the team along with the necessary freedom. The culture that the team has developed and the results that it has yielded, especially overseas in recent times is second to none. They have had a few memorable wins and the team is seemingly unstoppable across formats. The Indian domestic structure, the management of players, the conditioning, the pipelining, and the number of opportunities given to each and everyone in Indian cricket currently is worthy of praise. This in turn has led to the depth in the Indian side that we often talk about.

Even today, the number of Indian pacers, all in their best form, eagerly waiting for their opportunity has turned to be India’s biggest strength. Unlike the yesteryears, India will go into the English summer with multiple bowling backups. The likes of Mohammad Siraj, Shardul Thakur, Umesh Yadav, Washington Sundar, Axar Patel are all as ready and capable as anyone from the main playing XI. They have shown the talent, skill, temperament, and caliber to deliver even in the toughest of situations and it’s their grit that makes Indian cricket much stronger. The likes of Hanuma Vihari, KL Rahul, Mayank Agarwal, and Wriddhiman Saha are unlikely to start as well but will play a massive role in the team’s preparations.

The amount of firepower both with the bat and ball not just on the field but off it makes the Indian team threatening. The experts from over the globe have already rated this side to be amongst the best to have traveled the English lands. Rahul Dravid, the Indian legend and the Head of the NCA was quoted saying, “I really do think India has a very good chance this time,” Dravid said in a webinar organized by Live Aid India, trust to help those affected by Covid-19. “There’s no question about their [England’s] bowling. Whatever bowling attack England put on the park, especially their seam-bowling attack, is going to be fantastic. They have a lot of players to pick and choose from and that’s going to be terrific.

“But I just think India will be well-prepared, have the confidence from Australia, there’s a lot of belief in the squad. A couple of players have been to England a few times, there’s a lot of experience in the batting order this time around, so this is probably our best chance, maybe say 3-2 to India.”

Having said that, the Indians will vary the threat the conditions possess and will look to get used to them as soon as possible. The tour games and the intra-squad fixtures will therefore be important in the build-up to the series. And more so even before the 5-match series against England, it is the World Test Championship Finals against the Kiwis that the entire cricketing world will have their attention to. It has been as many as 8 years since India last won an ICC Title and this is perhaps the best chance to end their disastrous choking streak.