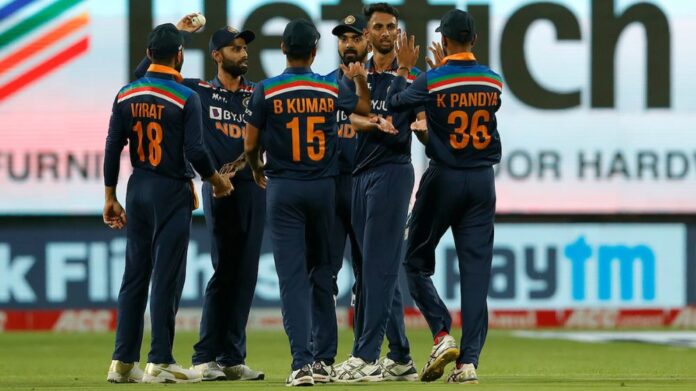 BCCI President Sourav Ganguly confirmed India’s limited-overs tour to Sri Lanka this season consisting of 3 ODIs and 5 T20Is. While the exact window for the tour is not yet finalized, reports suggest that BCCI is looking at the 6-week gap between the WTC Finals and the England Test series as a prospect. Needless to say, India is likely to send a second-string XI to Sri Lanka given the compact schedule.

“We have planned a white ball series for the senior men’s team during the month of July where they will play T20 Internationals and ODIs in Sri Lanka,” Ganguly was quoted by PTI in an interaction. Ganguly also exclaimed that a different side will be sent to the island nation keeping in mind the 5-match Test series in England starting August. “Yes, it will be a team of white-ball specialists. It will be a different team,” he said, making it clear that India would look to give opportunities to the youngsters and white-ball specialists building up to the T20 World Cup later this year.

The Sri Lanka tour will help the likes of Shikhar Dhawan, Suryakumar Yadav, Yuzvendra Chahal, Shreyas Iyer, Hardik Pandya, and others to remain in touch. Moreover, it could also help the selectors solve the team’s jigsaw puzzle to their best before going in with their top 23 for the World Cup.

A few other youngsters including Devdutt Paddikal, Rahul Tewatia, Prithvi Shaw, Ishan Kishan, or even the ever-smiling Chetan Sakariya are likely to be in contention for the tour of Sri Lanka. While each of these players will have their availability subject to fitness, it will be interesting to see who leads the team across the two series. The possible options for the leadership role include Shikhar Dhawan, Shreyas Iyer, Hardik Pandya, and Bhuvneshwar Kumar.

Sri Lanka themselves are set to be on a tour to England (3 ODIs, 3 T20Is) from June 23 – July 4. They too would look to take the learnings from the tour going into the home series against India.

IPL unlikely to be held in England:

In another candid conversation with Sportstar Ganguly ruled out the possibility of IPL being held in the UK. When asked about the same, he said, “There are lots of organizational hazards like 14-day quarantine. It can’t happen in India. This quarantine is tough to handle. Too early to say how we can find a slot to complete the IPL,” as quoted by Sportstar.

Sri Lanka, England, and the UAE are the three cricket boards to have extended a helping hand to host the remainder of the IPL in the respective countries. It would therefore be interesting to see how BCCI and Indian Cricket manage the IPL, given the massive finances at stake.