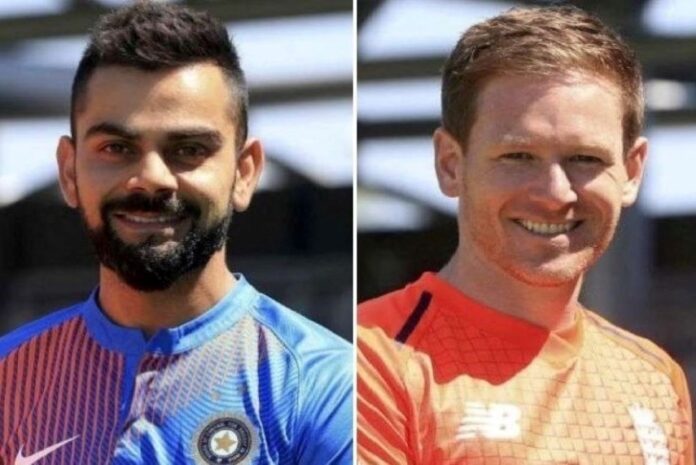 After a successful Test series, the Indian Cricket Team now gears up for a 5-match T20I series starting tomorrow at Ahmedabad. Through the Test series was pretty much a one-way traffic post the First Test, the T20I series is unlikely to be a replica of the same. The English T20I side is perhaps one of the strongest that exists on the international scene with many clinical performances in the recent past. Moreover, the English T20I side is void of the ambiguous ‘rotation policy’ and captain Eoin Morgan is set to field his best playing XI throughout the 5 games.

Being played at Ahmedabad, the wickets are expected to be belters, aiding strokeplay right from the word go. Quite contrasting to the Test matches, the pitches will aid the batsmen, intensifying the possibility of high-scoring thrillers. Not only India and England, but the entire world would also have a close watch on the T20 matches as they are the only international games to be played in the country before the T20 World Cup in October-November this year.

Indian team will look to find their most ideal T20I team for the World Cup:

The World Cup in context sets up the series pretty well. The Indian team, having shown the tendency to try multiple players in the middle order, will look to find a settled squad for the T20I World Cup. Except for Ravindra Jadeja and the two rested bowlers (Bumrah and Shami), the team – according to Virat Kohli – is to its full strength and by the end of the series, is expected to be ready with its potential 15 for the WC.

The Indian captain was also confident, loud, and clear on the team’s opening preferences in the pre-match press conference. “It’s quite simple, KL and Rohit have been performing at the top of the order for us and those two would start,” Virat said. He also exclaimed that there could be a couple of new faces getting a go, just to check if they provide viable options to the team moving forward. “We have made additions to the squad who can be X-Factors in the batting lineup. We want to see how they fare in the middle.”

Meanwhile, Rishabh Pant – India’s star from the Test wins against Australia and England, is expected to take gloves replacing KL Rahul. The series, therefore, in multiple contexts is important for the Indian team. Batting Coach, Vikram Rathour had earlier said that: “By the time we finish this series, we should know, ‘this is the team which is going to play the World Cup’. So hopefully that will happen in this series.”

England expected to live up to the World No. 1 T20I side title:

Eoin Morgan led the England side to a World Cup title at home in 2019 and has enjoyed a surreal form even in the shortest format. The English white-ball side in recent times has produced a few stellar performances in recent times are arguably the ‘Team to Beat’ in the T20I circuit.

They are a settled unit with plenty of options to choose from, but more importantly enjoy a strong middle order core comprising World No.1 batsman Malan, Morgan, and Ben Stokes. The hard-hitting recruits in Buttler, Bairstow, and Roy complete England batting with the most perfect balance. The Englishmen also have the luxury of playing all-rounders Moeen Ali and either of the Curran brothers lower-down the order, with T20 specialists Jordan, Archer (subject to fitness), and Rashid almost certain to make the XI.

The only concern though would be the mindset of the England players coming out of an unusual Test series. They would look to shed the defensive approach the team opted for in the Test series and would be keen on winning the key phases within the T20 battle.