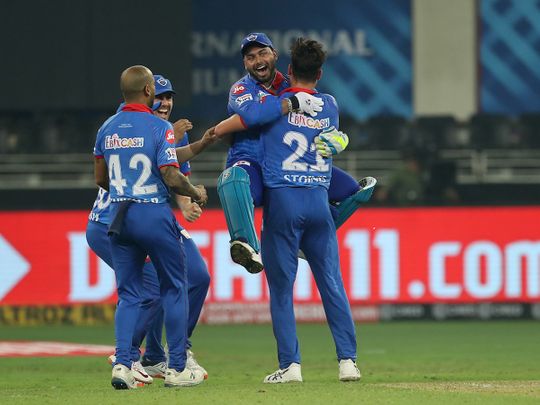 We are hardly 10 days and 10 matches into the tournament and the world has already witnessed the best start to a T20 tournament ever. The Indian Premier League (IPL) 2020 edition has a lot at stake but the quality of cricket produced over the last couple of weeks has been phenomenal. The roots were laid on the immediate second day when Delhi and Punjab went down to the wire, into the super over and there has been no looking back since. Baring a couple of matches, each and every match has gone down to the wire and has been pivoted on key turning points. For all the fans back home and around the world, it has been no less than a roller-coaster ride of emotions.

Most people thought that almost certainly thought Sunday’s match was one for generations to remember. However, the league went up one better the next day, with Bangalore winning in the super over, after Mumbai managing to score 79 of the last 4 overs to tie. It is in these times of intense pressure, steep run-chases or tough defences that a star is generally born. The number of young talents that the league has this year is incredible. Moreover, each and everyone of them is keen on getting his team home. The number of match-winners these 10 matches have produced is more than any other season for the said time.

Young Talents coming to the fore:

Be it the likes of Rahul Tewatia with a masterstroke or Sanju Samson with the crisp innings that day, an economical Washington Sundar with the ball or the skiddy Navdeep Saini in the super over yesterday, IPL has brought the raw talent of the youngsters to the fore, leading thier respective teams to victories. It has given them the stage, the confidence and the power to back their abilities and express themselves freely. The likes of Devdutt Padikkal, Ravi Bishnoi and Ishan Kishan have also found ways of putting up impressive performances against the international stars. Even the young captains in KL Rahul and Shreyas Iyer have proved their mettle at the highest level, possibly also raising a bid for Indian captaincy in future.

All of these mind you in foreign conditions with a completely alien challenge. The league is sure to test the stamina and the strength of the players as well as their tolerance to the heat and humidity of the UAE.

IPL 2020 and the art of finishing innings:

Another interesting aspect of this year’s IPL is the number of runs scored at the death. Within the first 10 matches, the world has witnessed almost half a dozen set of death overs being punished for plenty. Unfortunately, the West Indian Sheldon Cottrell has been in the firing lines twice in three matches. He was hammered for 30 in the final over by Marcus Stoinis against the Delhi Capitals and by Tewatia the other day against Rajasthan Royals. Moreover, the last two matches have witnessed more than 50 runs scored in the last three overs of a run-chase.

Similarly there also have been times where a strike from the bowlers or a flurry of wickets in the death has restricted the scoring to large effect. The double strike from Yuzvendra Chahal against Hyderabad or the comeback from the Chennai bowlers in the back end of their first match have shown how valuable can bowlers be, especially in the latter half of the game. The dew has played a major role in the outcome of most matches, but players have themselves found good ways to not let conditions get the better of their game.

The third dimension, Fielding, has also been on point:

A few mishaps and misjudgements here and there are common to have. However, the fielding standards overall this season have been second to none. The efforts on field like the one by Nicholas Pooran on the boundary against Rajasthan, to what was regarded as the ‘Best Fielding Effort in any T20 league ever,’ by Kevin Pietersen on air has taken the league to a whole new level. The ground fielding too has been excellent and with longer boundaries, one has also witnessed many outfield catches.

Interestingly with Abu Dhabi, Dubai and Sharjah all posing different kinds of challenges for the batsmen, bowlers as well as in the field, the quality of game has never ceased to assume. The players, albeit away from competitive cricket for the longest of times, are getting into the groove to stage what seems to become the greatest IPL season of all times.