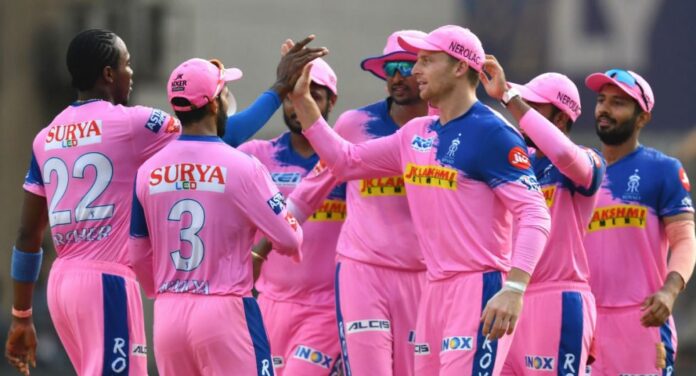 Here we go again – The Indian Premier League (IPL), is set to begin its 13th season in the UAE from September 19th, 2020. After an inevitable delay due to the COVID19 pandemic, the cricketing fraternity from India and all around the world is keen on witnessing the annual T20 carnival. IPL this year is also set to have a new title sponsor, Dream 11 to grace the occasion. The league has been in and around the news for almost two months now and with all sanctions achieved, one only waits for it to commence.

Each team this season will only be allowed a total of 24 players, select support staff and only 10 net bowlers to travel along. Moreover, each player will have to undergo a strict quarantine and routine tests before training as well as due course. Having said, every single franchise, every single player and every single fan is ready to play and support his/her favorite team. Here’s a series with an individual look at the capabilities, balance, strengths and weaknesses of the eight IPL teams.

Rajasthan Royals over the years have developed a reputation to be underdogs of the Indian Premier League. Post their title triumph in the inaugural season, the team has failed to even reach the finals in the next 11 editions. Being back after a three year ban in 2018, Royals have been through many ups and downs and will be keen on letting the bygones be bygones and starting fresh.

Playing an entire 2 month long tournament in the heat of the UAE is an easy task by no margin. The fitness of the players along with their health and personal hygiene in these times will be of paramount importance. It will therefore be interesting how both, the experienced as well as the young cope up to the added pressure.

Steve Smith returned to Rajasthan as a captain last year but could only manage a 7th placed finish with just 11 points in 14 games. However, he is likely to continue as captain after returning from the Australia’s tour of England. While his replacement upto his arrival is not known, one believes Rajasthan might turn to their Saurashtra veterans Jaydev Unadkut or Robin Uthappa for stand-in captaincy.

Winners of the Inaugural IPL in 2008, under Shane Warne.

Rajasthan Royals retained a good mix of foreign as well as local players. They maintained a good balance between the experienced and the young. Their auction strategy too emphasized their intent to build a strong and stable core team with minimal alteration. The only surprise that sprung from the Rajasthan camp was the trade for Ajinkya Rahane to Delhi Capitals in the pre-season transfer window.

Amongst those who joined the team this year though, youngsters Anuj Rawat and Yashasvi Jaiswal are sure to grab eyeballs. The experiences of David Miller, Robin Uthappa and Andrew Tye are also a great boost to the side.

One of Rajasthan’s key strengths is their foreign set of players and the stupendous form they are currently in. The likes of Steve Smith, Ben Stokes, David Miller and Jos Buttler with the bat and Jofra Archer, Andrew Tye and Tom Curran with the ball form a solid foreign group to choose from.

The Indian youngsters Sanju Samson, Riyan Parag, Mahipal Lamror, Anuj Rawat, Shreyas Gopal, Yashasvi Jaiswal make Rajasthan a team with arguably the best set of Indian colts as well. Retention of Jaidev Unadkut and Robin Uthappa is also certain to add value to the team. The key strength for Rajasthan therefore is the all-round ability of the team and their fierce approach to the game.

Too many cooks may spoil the broth. Despite a similar set of players last year, Rajasthan were unable to do significant good in the tournament. One of the key weaknesses of the team includes finishing off with the bat as well as the ball. Absence of a specialist spinner in the middle overs might also hurt the cause.

In the UAE where the ball is expected to hold onto the surface, the usage of slow bowlers holds key. Rajasthan core management, being aware of the fact, will therefore look to get their players prepared. The firepower in the team is promising and it is only about clicking together as a unit. Royals, the underdogs are well capable of pulling off miracles and will certainly take one to enter the playoffs.