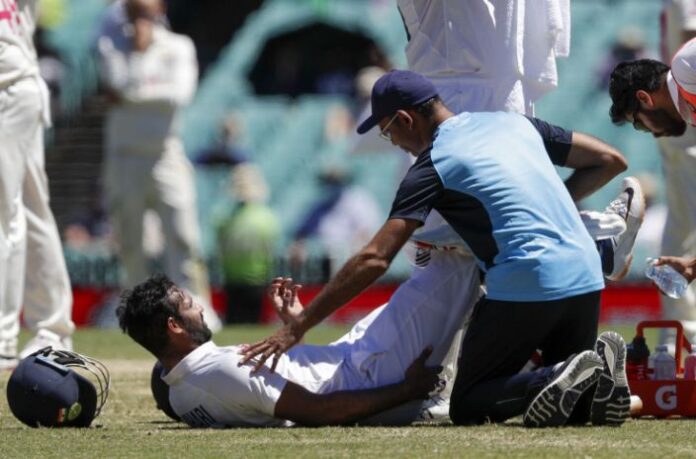 The list of Indian players out with an injury in the ongoing Indian tour of Australia seems to have no end. After as many as 6 players suffering injuries due course of the Sydney Test match, the Indian team faced a major setback as their pace-bowling spearhead, Jasprit Bumrah was ruled out of the Brisbane Test with an abdominal strain. Later on in the day, Indian opener, Mayank Agarwal also appended the list of casualties with a suspect injury in the nets. Though he awaits reports of the scans taken on Monday, India is now left with a pool of only 13 players to choose from for the decider Test starting in Gabba on Friday.

I have never seen this kind of injury list, ever. @Mickeyarthurcr1 alluded to the effects of lockdown and @ashwinravi99 pointed it out too. He has a bad back, Bumrah is unlikely to play, Agarwal hurt…if India hadn't taken such a large contingent, wouldn't have had 11 left

Ever since the start of the Indian tour down under, the team was surrounded by injury concerns. An ankle injury had forced Ishant Sharma out of action for more than 3 months while Rohit Sharma’s controversial hamstring pull had him sidelined for the entire limited-overs leg and the first two Test matches. Virat Kohli’s paternity leave for the last three Tests had also been announced, weakening the Indian side further.

India began the Test series with a disastrous loss in Adelaide as the team recorded its lowest Test score ever. The dismal Indian innings of 36 ended with Mohammad Shami returning to the pavilion with a fractured forearm, the result of which meant that he too was set to play no further role in the series. In the long break that followed, even the backup batsman in KL Rahul injured his wrists in the nets. Void of a few of its key players, the Indian team still went on to win the Melbourne Test and rallied through brilliantly to hold Aussies to a stalemate at Sydney. However, the Third Test at Sydney got the better of Indians physically. First Rishabh Pant and then Ravindra Jadeja was injured while batting in the first innings. While Rishabh missed the next two days of play, he did come into bat at No.5 on Day 5 playing a match-saving rebellious inning of 97. Whereas, Jadeja was ruled out for the next 2 months with a dislocated thumb. The left-hander is also said to have undergone surgery in Sydney on Monday.

The other inductions to the list from the Sydney Test include Hanuma Vihari, R Ashwin, and the two latest casualties, Jasprit Bumrah and Mayank Agarwal. Ashwin and Vihari, who sculptured India’s comeback to hold the Australians on the final day were both battled some serious discomfort throughout. While Vihari pulled his hamstring just before tea, Ashwin, in what was later revealed by a tweet from his wife, woke up on Monday with a sore back. The pair rid through pain to stand tall against the mighty Australians. India awaits updates on the condition of both the players for the deciding Test match starting Friday.

Jasprit Bumrah on the other hand was observed to carry a niggle throughout the second innings, evident by his drastic drop in pace while bowling. To what was later confirmed, the speedster suffered an abdominal strain and will miss the next Test at Brisbane to aid his recovery. An out-of-form Mayank Agarwal, who was expected to be given another chance in the last Test has also reportedly injured himself in the nets on Tuesday. He too has been taken for scans and awaits results.

All these injuries have left India with only 13 members to choose from. India has already handed Test debuts to Shubhman Gill, Mohammad Siraj, and Navdeep Saini in the last two Tests and is likely to add T Natarajan to the list in the next Test. The Tamil-Nadu speedster, initially chosen only as a net bowler, has had a fairytale already making his T20I and ODI debuts alongside the best in the business. There is also a chance for India to opt for the more experienced Shardul Thakur as well, but the left-handed option might well be given preference. Washington Sundar, the other Indian who was asked to wait back in Australia for net bowling could also run away with a Test cap replacing Ravindra Jadeja.

Overall, whatever be the case, India’s tour of Australia will be known for its commanding win, a character-proving draw as well as the long unending list of injuries. If India is to pull off a win or even a draw at the “Gabbatoir”, as it’s referred to, India might well be on a course of completing their greatest overseas tour ever.