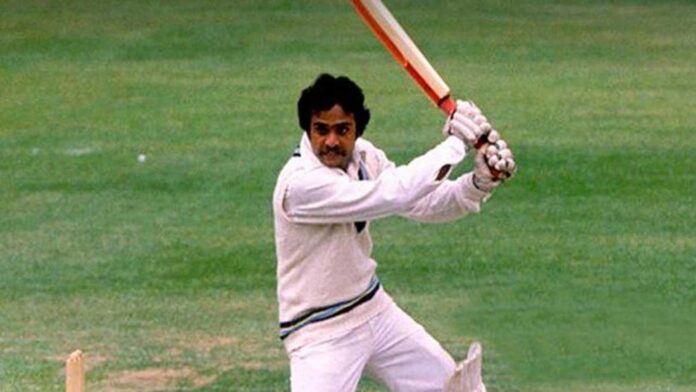 Former Indian cricketer and a member of the World Cup-winning Indian squad of 1983, Yashpal Sharma passed away on Tuesday (July 13) aged 66. The veteran batter reportedly suffered a cardiac arrest. Known for his flamboyant batting style and also for his managerial and selection committee stints in the 2000s, Yashpal remained a devoted servant of Indian cricket throughout his life.

In his brief international career, Yashpal featured in 37 Tests scoring 1,606 runs, and 42 ODIs in which he made 883 runs. He made his ODI debut in Sialkot against Pakistan in 1978 and donned the whites against England at Lords a year later. He had a dream series against Australia in 1981 scoring his maiden Test hundred and following it with a crucial second-innings 85* in the next Test. One of his most memorable innings for India came in 1982 against England when Sharma was involved in a record 316-run stand with G Vishwanath. In the process, he also scored 140, his second Test century two years after his first.

Yashpal Sharma had the courage to stand up to the bowlers and hit them through the line. He was fierce, wiery and a gutsy customer not afraid of taking the attack to the opposition. His partnership with Vishy was perhaps one of the most iconic stands in Indian cricket history. The pair batted the whole day, only the third Indian pair to do so, putting up more than 300 runs for the third wicket.

“Playing a whole day in Test cricket is a unique achievement and not many people have done it. The two of us playing the whole day was memorable. He was a very good cricketer, hardworking, a team man and I would say a total cricketer

“He played superbly and it was an attractive innings. He kept egging me on saying, “Vishy Bhai, chhodna nhi, hum dono aaj khelenge (don’t give up, both of us will keep playing). Towards the end of the day, he kept telling me to play the long innings and inspired me by saying, “Ab pura din khelenge (we will bat the entire day),” Viswanath told The Indian Express.

Yashpal Sharma was also instrumental in India’s 1983 quest to glory. He set up the initial tone against West Indies with 89 and got the Indian juggernaut rolling. A swift runner between the wickets, Sharma also played a key role in the semifinals against England top-scoring with a 61. Him alongside Sandeep Patil with their contrasting gameplays got the better of the English target with more than 5 overs to play.

One of India’s fittest cricketers from the generation, Yashpal enjoyed a rich domestic career as well. Playing for three Ranji teams – Punjab, Haryana, and Railways in his career, he amassed 8933 first-class runs in 160 games at an average of 44.88 including 21 centuries. His highest score in first-class cricket was 201.

After his retirement in 1985, Sharma kept himself involved in cricketing activities consistently. He was once a coach of the Uttar Pradesh Ranji Team, stood as an umpire in a couple of Women’s One Day Internationals, and was an integral part of India’s selection process in the mid-2000s. He had two spells as a national selector – from 2004 to 2005 and from 2008 to 2011.

“As a player, he was a proper team man and a fighter. I fondly remember the 1979 Test against Pakistan in Delhi. We both had a partnership that helped us save the game. I knew him since my university days. Still can’t believe it,” exclaimed Yashpal’s dear teammate and India’s ex-captain Dilip Vengsarkar.

Oh dear, so sorry to hear of the death of Yashpal Sharma who played such a big part in one of Indian cricket's most glorious hours #WorldCup1983. Too early to go. Condolences to his family.

The void created by the sad demise of the Indian cricket veteran is impossible to be filled. His cricketing memories and worthy exploits on the field, however, will always be treasured by the cricket fans. Indian cricket was fortunate to have had such devoted personnel.