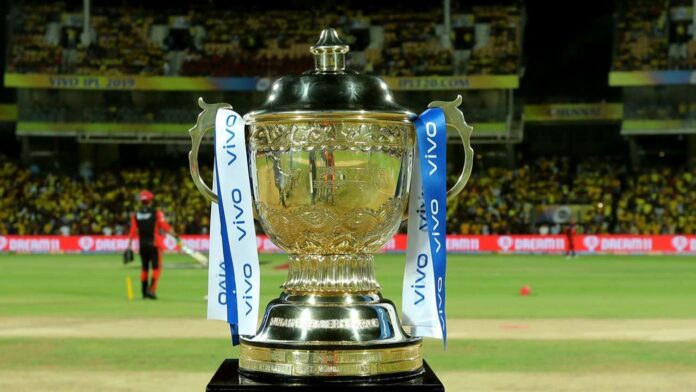 Indian Premier League (IPL) 2020 is set to begin on September 19th with finals on November 8th, IPL chairman Brijesh Patel has confirmed. Though a government approval to the same is the only pending procedure, one expects it to be completed soon as well. Earlier BCCI had narrowed down UAE as its potential hosting venue, with India unlikely to be ready by said time. The government clearance to the same was also attained on Friday morning, according to the Cricbuzz sources.

To be played in Sept-Nov window:

ICC’s inevitable announcement to postpone the T20 World Cup of 2020 came through last week. It further allowed BCCI the freedom to complete their planning for the IPL to be played during the September-November window. BCCI also looked for it to be played in India, at least partially but the increasing COVID19 scare has forced it otherwise. A detailed schedule of the tournament and of the events leading up to it will be discussed in the IPL governing council meet next week.

“We have had a discussion and we are looking at the September 19 to November 8 window for this edition of the league. We have informed the franchise about the same,” Patel told IANS.

The Caribbean Premier League is slated to end on September 10, while England will host Australia in the UK for a bilateral series till September 15. The narrow gap could become an issue, but Patel remains optimistic about it not being a problem.

“Shouldn’t be a problem. The England-Australia series ends on September 15. So, we should have them flying in directly to Dubai. We will discuss the final matters in the governing council meeting next week,” he said.

Apart from the IPL teams, logistics and operations teams from the BCCI will also be heading to Dubai, Abu Dhabi and Sharjah to see to it that preparations are on in full swing and there are no execution woes. If the UAE airlines don’t start operations then all will fall back on chartered planes. BCCI has joined hands with the franchises to ensure a smooth conduct of the tournament.

The IPL is a large boost of revenue for the BCCI. It is also one of the prime attractions for cricket enthusiasts over the world. Needless to say, the cricketing extravaganza is a blessing for the involved cricketers, authorities, staff as well as the franchises and the marketing brands. It is also one of the main reasons why India’s cricketing body is richest in the entire world.

The BCCI gets a whopping INR 3300 crore from the media rights holder (Star TV) per year for the IPL. In fact, Star had already paid INR 2000 crore in advance before the talks of the league being cancelled amid the pandemic started to take place. Though a ban on Chinese products has raised questions on IPL’s sponsorship deal with Vivo, BCCI is keen on maintaining their end of the terms with the mobile company. Cancelling the INR 440 crore deal with Vivo could potentially drive BCCI into a financial crisis in this lockdown period. Moreover, other sponsorship deals with Dream11, PayTM, etc are also set to continue giving BCCI a whooping INR 170 crore revenue.

The generated revenue is key to Indian cricket. It is the driving force behind India’s domestic cricket circuit. It is perhaps one of the prime reasons why Saurav Ganguly-led BCCI remained keen on hosting the IPL even in this restricted environment.

The BCCI announced cancellation of India Women’s Tour of UK in September, raising eyebrows of many in the country. With IPL 2020 to be played during the same time, the explained reason of COVID19 scare seems less worthy. Needless to say, it becomes imperative for BCCI to make plans for a women’s IPL during the time as well.

Interestingly, talks about a Women IPL have been doing rounds for quite a while now. The past two iterations of the IPL have only seen a curtailed version of it. The fans from around the globe are therefore looking forward to an announcement regarding the same. A cancellation, though unlikely, might raise multiple questions over BCCI’s skewed priorities.