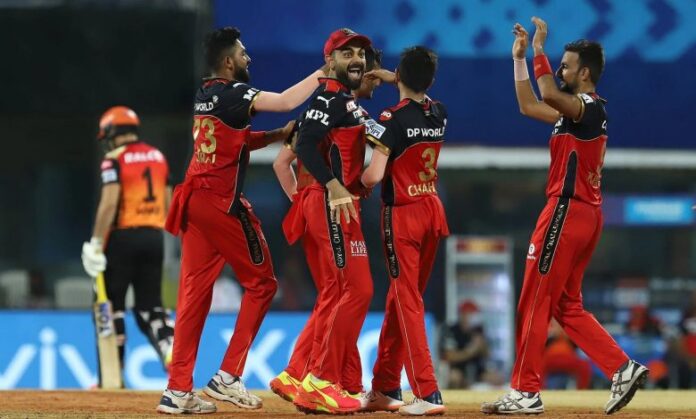 We all have been so used to runs galore all around the stadiums in IPL games, that we often forget the importance of bowlers in the game. A thrilling game isn’t only the one that witnesses high scores and massive hundreds, but also the low-scoring games going deep until the final ball. Not even 10 matches into the tournament and the Indian Premier League (IPL) has graced all with three such games already. Played in three successive days, these low-scoring thrillers have been an absolute spectacle to watch.

‘You never count Mumbai out of the contest as long as the game is over.’ This is a statement that the franchise continues to prove one year after another. After a dismal performance with the bat in the first innings, Mumbai had only 152 to defend off 20 overs. Despite a few timely breakthroughs and Chahar’s 4-wicket haul, Kolkata had brought the equation down to 31 needed of the last 5 overs with 6 wickets in hand, a target easy to achieve 99 times out of 100. However, the defending champions had barely started bringing out their A-game to the fore. In the 16th over, Rohit Sharma decided to bowl Krunal Pandya against the likes of Andre Russell and Shakib al Hasan.

What followed was a comeback of the highest quality, There was only a little that KKR were allowed to do as Mumbai bowlers bowled one tight over after another. While Shakib was dismissed in the Krunal Pandya over, Russell was kept quiet by Bumrah and Boult even after the dropped chance in the 18th over. Bumrah, who put a rather simple catch down, gave away only 4 off the penultimate over leaving 15 of the last over. But by then, KKR had been broken down mentally if not physically, as Boult bowled another brilliant over to contain Kolkata to 142. The 10-run win was one of the highest quality defenses that IPL had ever seen, and indeed a spectacle to watch.

The two teams were involved in a low-scoring thriller even the last time around in UAE and seemed to repeat themselves at Chennai on Wednesday. Royal Challengers Bangalore, courtesy of Maxwell’s half-century could reach 149 in their 20 overs, but began well with Mohammad Siraj bowling one of the best opening spells this season. RCB did not allow both Warner and Pandey to get away with easy starts and did just about enough to keep the run-scoring in check. However, they were unable to pick wickets for the most part of the second innings. David Warner was caught at Long-on by Dan Christian by kyle Jamieson in the 14th over to finally give RCB a much-needed breakthrough.

There is a new disaster horror movie in town. It's called "Death Overs in Chennai".

But even, with Bairstow to come and Pandey with a good start, SRH had enough in them to complete the run-chase. RCB’s bowling masterstroke though, came in the 15th over when Shahbaz Ahmed was introduced to bowl. He gave only 6 in his first over complementing Chahal, who himself gave away only 7 in the following 6 balls. Going into the timeout, it was all about the Hyderabad batsmen to score 35 of the last 4 overs. Virat’s gamble to bowl another Shahbaz over could have gone either way but to RCB’s surprise, the rush of blood from the SRH batters gave away their wickets off consecutive balls. Bairstow and Pandey departed and were followed by Samad in the same over. Ahmed finished with figures of 2-0-7-3 in a literal game-changing sense. It was only about holding nerves and bowling to tight lines to defend 34 of the last 3 overs. Harshal Patel and Siraj completed the formalities for Royal Challengers Bangalore to complete arguably one of their best target defenses ever known.

Playing at Mumbai, it is generally imperative to score big and go hard at the ball for the value for shots on offer. But exceptions come by a trend and the game between Delhi and Rajasthan was only one of those. The pitch, with a tinge of green, offered help to the bowlers right from the word go and Delhi kept losing wickets in a heap, especially to the Rajasthan veteran, Jaidev Unadkut. The plot faltered even further after Pant was run-out post a well-compiled 50. A late resurgence from Curran and Woakes had taken Delhi to 147, most days an extremely under-par score on a Mumbai wicket.

But what transpired was indeed a miracle. Delhi kept coming back at the Rajasthan batters with one wicket after the other soon reducing themselves to 42/5 in the 10th over. The final Royal hopes in Tewatia and Miller were at the crease and their presence kept the game still evenly in balance. It was only in the 15th and the 16th over where both the set batsmen were dismissed by Avesh and Rabada, two of Delhi’s leading pacers that the game got more interesting. Rajasthan’s trust in Unadkut from the years and their trust with the ₹16.5 CR, Chris Morris were under tremendous test. Fortunately, the duo did not disappoint. Albeit in the last over, Rajasthan went past the 148 run-target to register their first win of the season. It was another close contest, once again signifying how enthralling these low-scoring defenses are.

If the present is to be any indication of the future, we all are on a ride to witness the most exciting IPL ever witnessed.