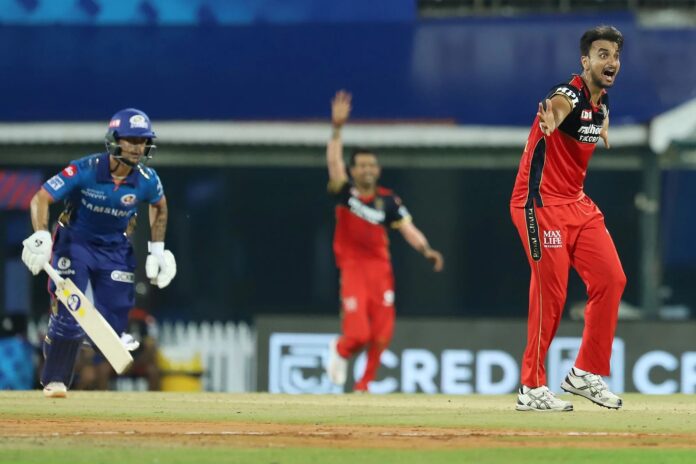 How often have we seen Mumbai Indians lose the first game of the season in a nail-biting finish? It was in 2012 that MI last won their tournament opener, a record they would want to possibly hide the limelight from. But it’s also the same period in which they’ve bought home 5 titles, so surely a record that wouldn’t concern them much either. For RCB on the other hand, it is the first time in 6 games that they’ve won in Chennai. And once again with ABD at the core of it.

The Royal Challengers Bangalore will be happy to walk away with a win eventually but they’d rather term it as a missed opportunity to finish the game off early. The over-dependence on Virat and ABD still seemed to continue a fair bit and despite a good cameo from Maxwell, could not suffice Bangalore’s need to have the batting depth. With the failure of Sundar at the top, a dismal debut for Patidar, an ineffective Shahbaz Ahmed, and heaps of wickets falling down in the middle overs, the new-outfit RCB seemed to come with all similar problems. One welcome change though was the death bowling in the first innings. The Man of the Match, Harshal Patel played a huge role in collating RCB’s death bowling efforts together into a well-deserved five-wicket haul (first in the IPL ever against MI) for himself. Mumbai was only allowed to score 31 in the last 5 overs, an uncharacteristic change for both Mumbai and Bangalore.

Staggering comeback by #RCB. For now their weakness, death bowling, has been addressed. Against the best finishing team in the #IPL.

The said ‘change’ began even before the match began when Virat Kohli had his luck with the coin toss opting to field. 159 in the first innings was only a par score but was helped by Lynn’s 49 and useful contributions from Suryakumar and Ishan Kishan in the middle order. The CHepauk pitch also seemed like a mystery, unfolding itself due course of the game. Taking pace off the ball is certainly key to a team’s success here, and it was the RCB bowlers who made rather better use of it. Surprisingly, Mumbai decided against the use of Pollard in the middle and death and showered the opportunity to Jansen who did not disappoint. The newest of all Mumbai recruits, the 6’8” Jansen was accurate with his yorkers at the death and is arguably a potential player to look forward to the most, in the Mumbai setup.

There were multiple times where the match seemed to shift in parity, but the one guy who stood there pretty much throughout was AB De Villiers. Once again, the South African legend was there till the very end taking RCB home to what can be termed as a welcome win. The most cherishing amongst ABD’s shorts was his boundary over extra-cover off a Bumrah yorker and the follow-up being guided over the third man for a boundary. Against a player of Bumrah’s caliber, double guessing isn’t easy but ABD, as they say, completed the impossible, once again.

All in all, it was a great game for us fans to watch and just set the tone for the rest of the season to follow. Building on, one will want such close finishes being a frequent picture, few also going onto exciting super-overs. 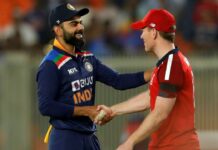