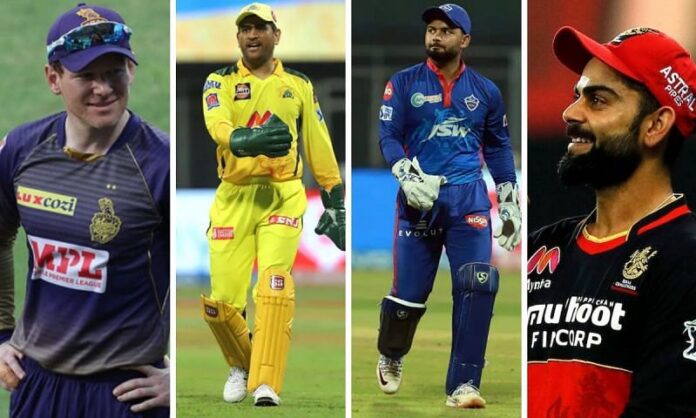 The Indian Premier League (IPL) 2021 is likely to resume this September in the UAE. The tournament, which had been suspended after it’s first-half following multiple COVID19 breaches in the bubble, will be played out in a 3-week window prior to the ICC T20I World Cup. Ever since its premature suspension in April, the BCCI had been monitoring situations closely in India as well as the alternate venues. It then announced UAE as its preferred choice. With as many as 31 more games to be played, and with no concrete idea of what the match conditions will be, the resumption will be no less than a restart in the cricketing sense.

The teams will be needed to go back to the drawing boards, plan out strategies, finalize the team combinations and construct a team keeping the conditions in mind. With doubts being cast over the availability of players from around the globe and their eagerness to play a domestic league ahead of the T20 World Cup, a few teams could also be left with potentially a captaincy choice to be made.

Shreyas Iyer had done tremendously well with the Delhi Capitals in the last 3 years but had to miss out on this team owing to the shoulder injury he suffered against England before the IPL. Rishabh Pant, the other flamboyant Indian youngster, who took the team’s reigns upon him also did amazingly well in the first few games keeping Delhi in the Top 3 throughout. Pant carried his batting form from Australia into the IPL and translated the same momentum into his captaincy. While Ponting and the DC management also instilled a lot of confidence and belief in him, they will have a definite choice to make with respect to the captaincy going into the second phase of IPL 2021.

Iyer is likely to be fit by next month and could also feature in India’s tour to Sri Lanka in July. He is also a key to India’s T20I World Cup preparation and BCCI would want him to make the most of the IPL. It would therefore be interesting to see if Iyer is reinstated back as the Delhi Captain or whether Pant is allowed to continue his golden run.

Sunrisers Hyderabad: Will they stick to their mid-season captaincy change?

After a horrible start to their IPL season this year, the Sunrisers Hyderabad took the risk of dethroning their most successful IPL batter and captain David Warner from his position. Not only did they hand over the captaincy to Kane Williamson, but also dropped David Warner from the squad following the team’s dismal run. However, the team continued to lose despite the change and are now on the brink of elimination with a solitary win in 7 games.

It will therefore be interesting to how the SRH management looks at the resumption of IPL. The team received massive backlash for neglecting Warner from the squad completely, and the unrest between the players, fans, and the management was clearly visible especially towards the latter half of the discontinued season. Sunrisers will need to make the decision soon and then take steps towards achieving the unthinkable (winning all the 7 games for qualification).

Meanwhile, Warner is set to get some game time under his belt with the limited-overs series in the Caribbean as against Williamson who is only slated to play a few Tests before the scheduled IPL.

Kolkata Knight Riders: Finding the leader if Morgan fails to make it to the IPL

England Cricket Board has been vocal about not allowing its T20 World Cup contention players to play the IPL 2021 in the UAE. The said decision, taken to manage the workload of the players and to keep the World Cup squad fresh, is likely to impact the resumption of IPL largely. Multiple teams like the Rajasthan Royals, Kolkata Knight Riders, and Chennai Super Kings with English players involved in key roles could face the heat from the same.

Ashley Giles, ECB Managing Director:
“We have a full schedule if we go from the end of the fifth Test in September. We are set to leave for Bangladesh in the next couple of days. We have a full schedule right through, including Pakistan and wherever the T20 World Cup is. We are going to have to give some of these guys a break at some point. But the intention of giving guys a break for, say, Bangladesh wouldn’t be for them to go and play cricket elsewhere. We have to manage our schedule now, so we get our guys arriving in the best shape possible for the T20 World Cup and Ashes.”

Kolkata Knight Riders could potentially lose out on their captain Eoin Morgan, increasing their unending worries. Morgan took over the captaincy from Dinesh Karthik mid-season last year but hasn’t quite delivered to his best either. KKR will therefore have to look for a backup captain if the need arises, and the options for the same are quite limited. With Pat Cummins opting out of the IPL already, KKR will be left with the youngs Shubhman Gill and Dinesh Karthik himself as the two choices. KKR is currently in 7th place, with only 2 wins in the 7 games.

“Pat Cummins has himself said that he will not come. But when it comes to Eoin Morgan, there are still three months to go. A lot can change from now till September. But if I am asked to lead, I will be ready for it,” Karthik said while speaking to The Times of India recently.