The Indian Premier League is considered one of the best leagues in the world. Since the inaugural edition in 2008, top international and domestic players have a chance to showcase their talent to the world and stake a claim in their respective national squads.

With pitches in IPL helpful for batsmen, the franchises have shown their domination and entertained the crowd with match-winning knocks. The reasons for these high scores in IPL  include short boundaries, ability to play innovative strokes which makes the bowlers think.

As the 2020 edition of IPL has been postponed indefinitely, here we look at the top 5 highest team totals. 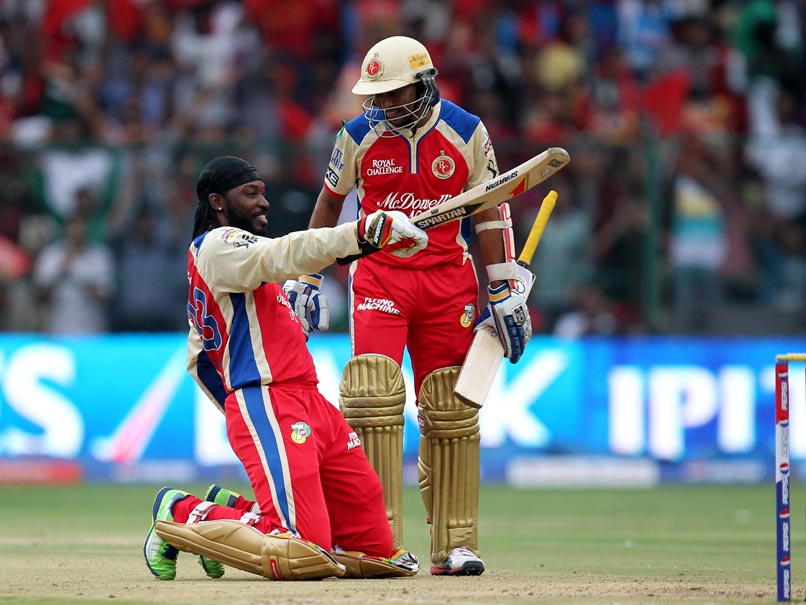 Pune Warriors India captain Aaron Finch won the toss and elected to field first. Chris Gayle took the attack to Warriors bowlers right from word go to reach his fifty off just 17 balls while Dilshan gave him full support. At the end of six overs, RCB raced to 62 for 0.

After the power play overs, Gayle smacked 29 runs off Aaron Finch over in the 8th over which dented Warriors bowlers. It was an amazing knock by the hard-hitting West Indies batsman reached his century off just 30 balls. He holds the records the fastest century in the T20 format. Luke Wright got the breakthrough dismissing Luke Wright for 33. Wright and Gayle added 167 runs for opening wicket in 13.4 overs. AB de Villiers played with positive intent as he smacked a quickfire 31 off 8 balls.

Chris Gayle never looked back as he hit 28 runs off Mashrafe Mortaza over and reached his 150 off 53 balls with a six. Despite the loss of wickets at the end, RCB posted a massive total of 263 for 5 in 20 overs. The explosive opener remained not out on 175 off 66 balls with 13 fours and 17 sixes. His knock of 175 will be remembered as one of the best T20 innings.

It was a herculean task for Pune Warriors India as they could score just 133 for 9. Chris Gayle took 2 for 5. For his superb performance, Gayle was awarded the man of the match. 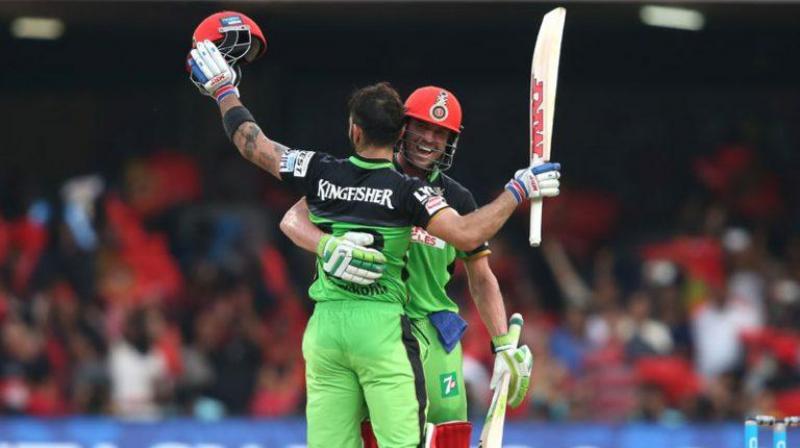 Royal Challengers Bangalore also has the 2nd highest team total in IPL. Under the captaincy of Virat Kohli, RCB posted 248 for 3 against Gujarat Lions played at M Chinnaswamy Stadium, Bangalore on 14th May 2016.

In that match, Gujarat Lions captain Brendon McCullum won the toss and decided to field first. It was an ideal start for Lions as Dhawal Kulkarni dismissed dangerous Gayle for 6. The experienced duo of Virat Kohli and AB de Villiers played with caution. At the end of 6 overs, RCB were 42 for 1.

After the power play overs, both batsmen took the charge with big hits and put the pressure back on Gujarat Lions bowlers. AB de Villiers reached his fifty off just 25 balls while Kohli completed fifty off 39 balls.

De Villiers showed his dominating display and smacked his century off just 43 balls. The experienced duo of de Villiers and Kohli smacked 30 runs each off Dwayne Bravo in the 18th over. Kohli smacked 30 runs off Kaushik over in the 19th over. In the final over, Kohli hit a six off Praveen Kumar to reach century off 54 balls. Kohli and de Villiers added 229 runs for the 2nd wicket. Shane Watson was dismissed for 0. AB de Villiers remained not out on 129 off 52 balls with 10 fours and 12 sixes.

Kohli made 109 off 55 balls with 5 fours and 8 sixes, which was the third century of the 2016 edition. Gujarat Lions never looked in the game as they just scored 104. Chris Jordan took 4 for 11, Yuzvendra Chahal 3 for 19 were the main wicket-takers. RCB won the match by massive 144 runs. AB de Villiers was named the man of the match for his sensational 129*. 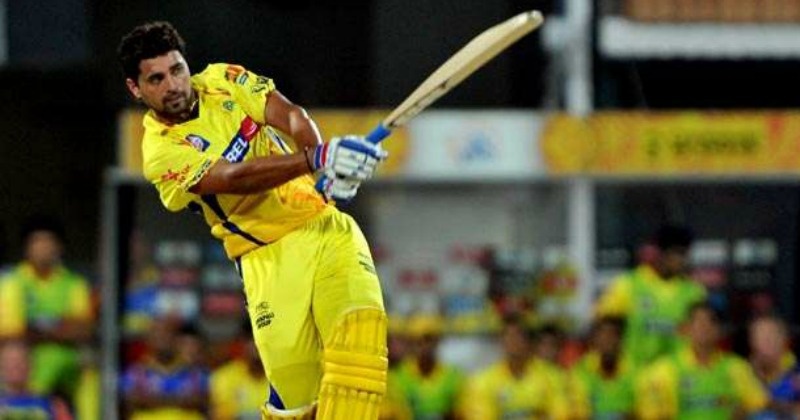 MS Dhoni won the toss and decided to bat first. It was a sensational start by Matthew Hayden and Murali Vijay who put the Rajasthan bowlers under pressure right from word go. Before the end of power play overs, Hayden was dismissed by Srikanth Wagh for 34. At the end of 6 overs, CSK were 66 for 1.

After the power play overs, Suresh Raina was dismissed cheaply for 13. Vijay played with positive intent and reached his fifty off 30 balls. Albie Morkel was promoted to number 4 and kept the scoreboard ticking. Both Vijay and Morkel kept the momentum going on taking on Shane Warne, Yusuf Pathan, Shaun Tait, and Narwal. Morkel reached his fifty off just 26 balls. Murali Vijay smacked Shane Watson for a boundary to reach his century off 46 balls. Vijay and Morkel added 150 runs for the 3rd wicket.

Murali Vijay was dismissed for a superb 127 off 56 balls with 8 fours and 11 sixes. Despite Naman Ojha 94 not out and Shane Watson 60 off 25 balls, Rajasthan Royals scored 223 for 5. Chennai Super Kings won the match by 23 runs.

For his superb 127, Murali Vijay was awarded the man of the match. It was an amazing performance by Vijay who showed his skills in the T20 format. Kings XI Punjab captain Ravichandran Ashwin won the toss and decided to field first. Sunil Narine and Chris Lynn took the attack to opening bowlers with positive stroke play. Before the end of power play over, Andrew Tye got the breakthrough dismissing Lynn for a quick 27. At the end of six overs, KKR were 59 for 1.

After the power play overs, Narine made the batting look easy and took on Kings XI Punjab bowlers. Robin Uthappa gave him full support scoring 24 off 17 balls. Narine reached his fifty off just 26 balls. With things looking dangerous for Kings XI Punjab, Tye got the wicket of Narine for a well made 75 off 36 balls. Narine and Uthappa added 75 runs for the 2nd wicket. After that, Uthappa was dismissed as well.

Andre Russell and Dinesh Karthik continued the momentum of the innings with some brilliant hitting. Both added 76 runs in quick time. KKR captain Dinesh Karthik completed his fifty off 22 balls and was dismissed soon after.  Thanks to brilliant all-round performance, KKR posted 245 for 6 in 20 overs. Andrew Tye was the pick of bowlers for Kings XI Punjab with 4 for 41.

Despite KL Rahul 66, Aaron Finch 34, and Ravichandran Ashwin 45, Kings XI Punjab scored 214 for 8 in 20 overs. Andre Russell was the pick of bowlers for KKR with 3 for 41. For his attacking knock as an opener, Sunil Narine got man of the match award. CSK captain MS Dhoni won the toss and decided to bat first. Parthiv Patel and Matthew Hayden got the team off to a flying start putting on 26 runs in just 2.4 overs. At the end of six overs, CSK were 53 for 1.

After the power play overs, CSK lost wickets of Matthew Hayden and MS Dhoni. Mike Hussey looked positive right from word go. Known for his Test match qualities, Hussey showed his class to reach his fifty off 33 balls. Suresh Raina came to the crease and hit a quickfire 32 off 13 balls.  Hussey took the charge with big-hitting which created pressure on Kings XI Punjab bowlers to complete his century. Subramaniam Badrinath also scored a quickfire 31 off 14 balls. He remained not out on 116 off 54 balls with 8 fours and 9 sixes. Raina and Hussey added 64 runs for the 4th wicket. CSK posted a big total of 240 for 5 in 20 overs.