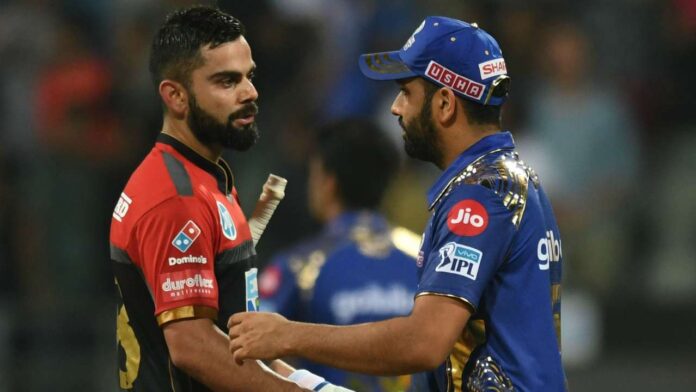 The Indian Premier League is set to get underway with the five-time and defending champions Mumbai Indians taking on the Virat Kohli-led Royal Challengers Bangalore in Chennai on Friday. To be played behind closed doors, the IPL will give the fans from all over the world a reason to stay home and enjoy their most loved sport. It was only a few months ago that Mum lifted their fifth title in the UAE in what is regarded as ‘The most closely competed IPL ever’. The teams are back on, post a mini-auction to put on display, the kind of quality cricket that this league is often associated with. Moreover, the T20 World Cup scheduled to happen in India later this year also adds to the importance of this competition.

Head-to-Head Mumbai leads Bangalore by a whooping 17-10 margin, however, it is Mumbai’s curse to lose their first game of the season that has prevailed more effectively since 2012. The two teams have some legends of the game in their squads with undying depth and value of cricketing talent. The winner, therefore, is likely to be decided by what form of these known cricketers turn up on the given day. The Chennai pitch, often known for its sluggishness, did show a bit of flatness against England in the first Test last month. It will therefore be interesting to see what kind of surface is being offered under the lights and how the two teams approach the game. After taking on the captaincy from Ricky Ponting, Rohit Sharma has led Mumbai Indians to 5 titles in 9 years. The main secret behind their consistency is the trust and belief in their players and the kind of efforts they put on each and every scout, both on and off the field. This year as well, Mumbai will go in with pretty much the same set of players wishing to have a reincarnation of November 2020 at home.

The 11 looks pretty settled for the Mumbai Indians as well. The likes of Suryakumar Yadav and Ishan Kishan, who were handed their India debut recently, will return to form a strong Mumbai Indians core alongside veteran Kieron Pollard and the in-form Pandya brothers. The bowling as well takes care of itself with Boult, Bumrah, Chahar taking up the bowler slots. The presence of three genuine all-rounders will also allow the team to play a couple of floaters from among the new recruits – Chawla, Milne, or Nathan Coulter-Nile. The only expected change can come in at the top of the order alongside Rohit Sharma with Quinton De Kock still in quarantine. Mumbai might be tempted to play Chris Lynn at the top given his destructibility but will also have a left-field choice in Jimmy Neesham.

Irrespective of the team combination though, MI is guaranteed to give their best on the field and especially break the curse of 2012 winning the first game against arch-rivals Bangalore. Year in and year out, if there’s one team who’s come out with high hopes and expectations but never managed to fulfill them, it’s the Royal Challengers Bangalore. Virat Kohli led side, have gone through team and brand revamps, multiple management changes, different kinds of game plans, strategies, and experiments but still haven’t quite been able to win the league in the last 13 years. They look threatening in the early stages of the last year but failed miserably by the end losing 5 matches on the go, managing only 4th place. One thing that has remained constant with Bangalore is its passionate fans. With them by the thick and thin, the #BOLDArmy has been a constant feature in all seasons. Cheering from home this time around, they will want Virat’s men to bring the team home.

Bangalore had one of the most engaging auctions as far as IPL 2021 is concerned. They tried to address a few specific issues bringing in specific players. Having said, it will be almost imperative for the new recruits to perform if RCB are to go far in the tournament. The welcome change will be the return of Virat Kohli to the top of the order. The last time Virat opened in the IPL, he ended up with 973 runs in a single season. The skipper will want to replicate the same alongside young Devdutt Paddikal this time around. RCB could potentially also experiment with a new face at No.3 with someone like an Azharuddeen or Patidar. The numbers 4-5 could then be slotted in with the riches of ABD and Maxwell – the real engine room of RCB’s batting. Meanwhile, Jamieson, Sundar, Saini, Siraj, and Chahal are likely to control the bowling department. The team will effectively have a chance to play Christian at 6, giving a striking balance to their 11.

It’s always a mystery what kind of Bangalore turns up to the IPL. However, the fans hope that their ‘Ee Sala Cup Namde’ chants bear fruit this time around.