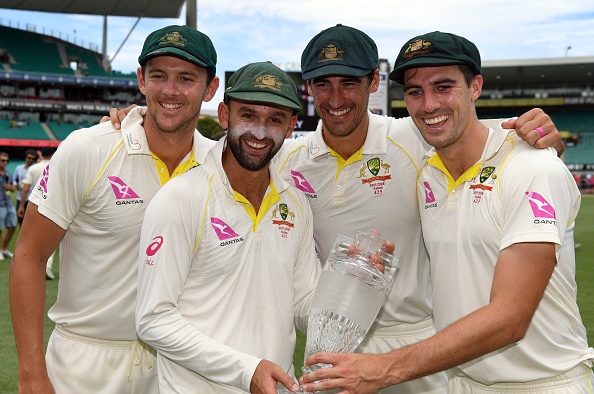 Test matches have traditionally favored the batsmen. Yes, the bowlers have played a crucial role in deciding the results but it’s been a batsman that has stood out in a Test match most times. However, the shift in paradigm is the onset and the dawn for the bowlers has been led by four countries – India, Australia, New Zealand, and England. And in a well-contested battle between them, it’s the Australian bowling attack that’s observed to strike the most impact.

The pace bowling trio of Mitchell Starc, Pat Cummins, and Josh Hazlewood is arguably the best in the world. Not to forget, the exploits of Nathon Lyon even on Australia’s bouncy pitches have been surreal as well. In comparison to the other three frontline bowling attacks, the discipline, accuracy, consistency, and wicket-taking ability of the Australian bowlers remains the distinguishing factor. Their combined impact as a combination as well has been most than other countries. Together, the four bowlers have more than 1000 wickets in Test cricket and have driven Australia to many convincing wins.

The latest example of their prowess came in the Third Day’s play in the ongoing third Test against India in Sydney. Starting the day at 96/2, the Indians finally succumbed to persistent short of length bowling from the Australian bowlers. The strictness with which all the three Aussie quicks bowled made scoring difficult for the Indian batsmen thereby leading to some undue mistakes. It was almost as if each of the bowlers was given a shoe-box for the ball to land in and none of them missed the spot even once. The effort helped Australia gain a 94-run lead and thereby take the driver’s seat in the encounter.

It is pivotal to have a tail that can wag with the bat in Test cricket. The Australians are a master at that as well. Not only can they hold ground but can also counter-attack if needed. More often than not, the last 3 wickets for Australia accumulate more than 50 runs, being one of the best amongst the Test-playing nations.

Let us know in the comments…