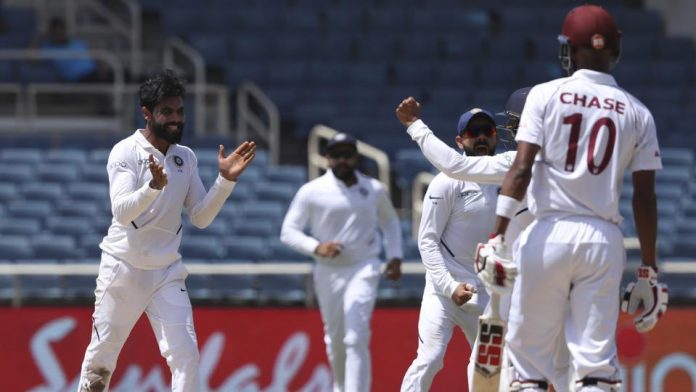 After a thrilling 2-2 drawn 2019 Ashes Test series, both England and Australia have earned 56 points each. Australia won the 1st Test by a massive 251 runs margin. The 2nd Test match played at Lords was an exciting draw.

Thanks to Ben Stokes special 135* in the 4th innings at Headingly, England leveled the series winning the match by just 1 wicket. Australia came back strongly in the 4th Test match at Old Trafford, Manchester by 185 runs to retain the Ashes. England produced a dominating display to win the 5th and final Test match by 135 runs.

India leads the points table in the ICC Test Championship points table. They earned 60 points by winning the Test series by 2-0 against West Indies. Their next Test series will be against South Africa at home in October.

New Zealand occupies the 2nd spot with 60 points by drawing the 2 match Test series against Sri Lanka in their own den. They lost the 1st Test match at Galle by 6 wickets and then came back strongly to win by an innings and 64 runs. Their next test will be against England in New Zealand in November. Because of scoring big runs in the 1st innings of the 2nd Test, they have better runs wicket ratio with 1.401.

Sri Lanka is at number three with 60 points. They produced a dominating performance in the 1st Test winning it by 6 wickets but could not replicate their performance in the 2nd Test at Colombo to lose 2nd Test by an innings and 64 runs. Their next Test series will be against Pakistan. Sri Lanka could not score many runs in the 2nd Test, they have fewer runs per wicket ratio of 0.714.

Australia is on 56 points winning the 1st Test match by 251 runs at Edgbaston, Birmingham. They earned 8 points for the drawn match at Lords. It was a strong comeback by the Aussies to win the 4th match at Old Trafford, Manchester by 185 runs. They lost the 3rd and 5th Test match. Australia has a better runs per wicket ratio with 1.158.

England has also earned 56 points during the 5 match Ashes Test series. Thanks to brilliance by Ben Stokes, the hosts won the 3rd Test by just 1 wicket and then produced a dominating display to win the 5th Test at Oval, London by 135 runs. They also earned 8 points for the drawn Test match at Lords. Their next Test series will be against New Zealand. England are on 0. 864

West Indies lost both Test matches against the number 1 ranked side India in West Indies. They have zero points to their name. Their next Test series will be a 3 match Test series against England in 2020 in England.

South Africa, Bangladesh, and Pakistan have not started their campaign in the ICC Test Championship.

Bangladesh also begins their ICC Test Championship against the number 1 ranked Test side India in the 2 match Test series from 14th November.

Pakistan begins their campaign in a tough away series against Australia from 21st November 2019.