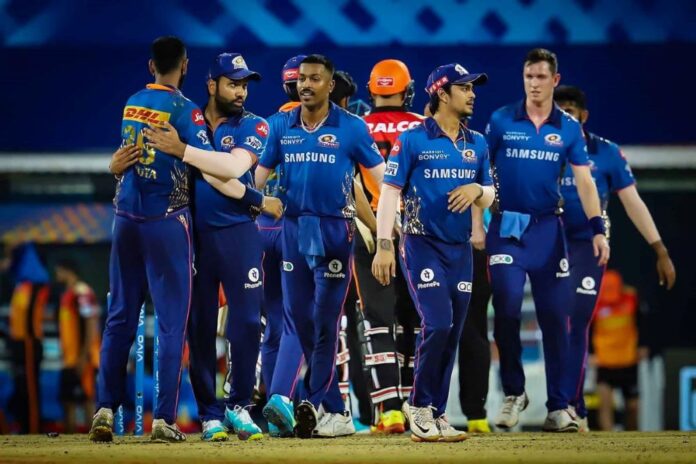 Another evening in Chennai and Mumbai Indians pulling out yet another target defense. We have all gotten used to seeing the scene off late, haven’t we? More than the number and frequency of the defending champions doing it, it is the finesse every single time that attracts attention. Against the Sunrisers Hyderabad on Saturday, defending a seemingly modest 151 run target, Mumbai Indians came back solid to pocket the match by as many as 13 runs.

Champion teams always find a way. Whether it was @KieronPollard55 hitting 2 sixes at the end, or @hardikpandya7 hitting the stumps direct or @rdchahar1 picking key wickets or @Jaspritbumrah93 just being himself. @mipaltan have started flexing their muscles

What was so special about the win? The story could unwind you to the finishing of powerplay for the Sunrisers Hyderabad. At the end of 6 overs, the Sunrisers Hyderabad were 57-0, with both Bairstow and Warner well set, the former in, perhaps, his best form throughout the Indian season. Mumbai after a couple of quiet overs finally found a small opening in the hit-wicket dismissal of Bairstow and there began the tale of a miraculous comeback with the ball. One dismissal led to the other, as Manish Pandey also departed soon after, in the immediate next over to Rahul Chahar.

Rohit Sharma, the MI Captain, did not bulge away from bringing in the experienced Kieron Pollard into the attack, at the first glimpse of sluggishness in the pitch. Pollard bowled a couple of extremely quiet overs alongside the leggie Chahar, also to bring Mumbai their third and the most important David Warner wicket in form of a run-out. Hardik Pandya at backward point caught Warner short of his crease with a direct hit in one of the most decisive moments in the game. Pandya in fact went on to score another direct hit later in the game to seal the deal.

Without Warner, it was always going to be a difficult run-chase for Sunrisers’ inexperienced middle order. The pace of Milne and Boult, the spin of Chahar, and the consistency and skill of Bumrah were too much for them to handle as Hyderabad bundled up for 137 in the last over. Vijay Shankar, Hyderabad’s hero with the ball was also the only batter other than the openers to manage a score in excess of 20. But even his presence was limited to only see off Boult, Bumrah, and their exceptional talent.

As it also turned out eventually, to his Shankar’s drop catch of Pollard in the penultimate over that cost those few extra runs for the Sunrisers. Shankar, after picking up two crucial and early wickets in the powerplay, failed to grab a sitter off Khaleel Ahmed. Pollard scored as many as 17 of the last over, while Hyderabad lost the game by only 13 – emphasizing the evident difference between the two sides.

The other noteworthy performances from the game included the run-a-ball 40 from de Kock at the top, a fluent start for Rohit early on, and the impressive spell from Mujeeb in the first innings, and the Warner-Bairstow stand, Rahul Chahar’s brilliant 3-wicket haul, and Boult’s tremendous death-over display in the second innings.

Having said, the match will be known for the kind of miraculous comeback that Mumbai staged after the fall of Bairstow’s wicket. Surely not the first time that they have pulled of such a run-chase this season but potentially the only team to be able to master the art of bowling at the death and closing out games.