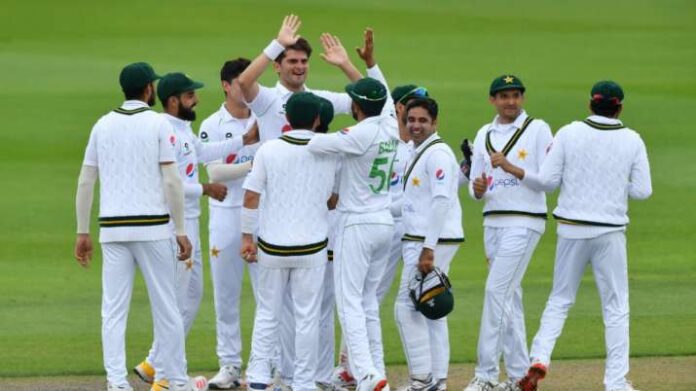 Pakistan in the first Test against England have put the hosts into the backfoot right from start. After Shan Masood’s patient knock of 156, the Pakistani bowlers cut the work of English batsmen short with some disciplined swing and spin bowling. Interestingly, Pakistan have been one of the most successful teams playing in England of all times. The bowling unit of Pakistan, often known as the ‘factory of left-arm seamers’ has created wonders over the years. Despite growing up in contrasting subcontinental conditions, the Pakistan team has arguably found their home away from home.

The Pakistan Cricket Team have played as many as 8 Test series in England. They have won or drawn six of them (most by a team), losing just two. Of the total of 29 Tests played, Pakistan have won 10. They also enjoy a win-loss ratio of 0.909, one of the best amongst all Test-playing nations.

One of the prime reasons behind Pakistan’s success in England is considered to be their fast bowling unit. Unlike most sub-continent sides, Pakistan fast bowlers are a revelation in world cricket. The country has been blessed with the likes of Wasim Akram, Waqar Younis and Shoaib Akhtar from the late 1990s or early 2000s. The likes of Mohammad Amir and Mohammad Asif as well left their mark in late 2000s and early 2010s.

Given their success, a lot was also expected from the current swing bowlers consisting of Shaheen Afridi, Naseem Shah and Mohammad Abbas. Though they do not have much Test experience under their belt, the world has witnessed their talent multiple times. To add to that, the inclusion of Yasir Shah, the impressive leg spinner, has added a dimension to the Pakistan bowling. The leggie has troubled batsmen with flight, spin and the knack of picking wickets.

Each of these evidently combined well in the First innings against England. Mohammad Abbas’ delivery to get rid of Ben Stokes was perhaps the icing on the cake. Having seen the comfort, control and the unending productivity of Pakistan in England, one wonders if the team has found its home away from home.

What happens in the series further? Only about time to be known, but the given start promises it to be a humdinger.