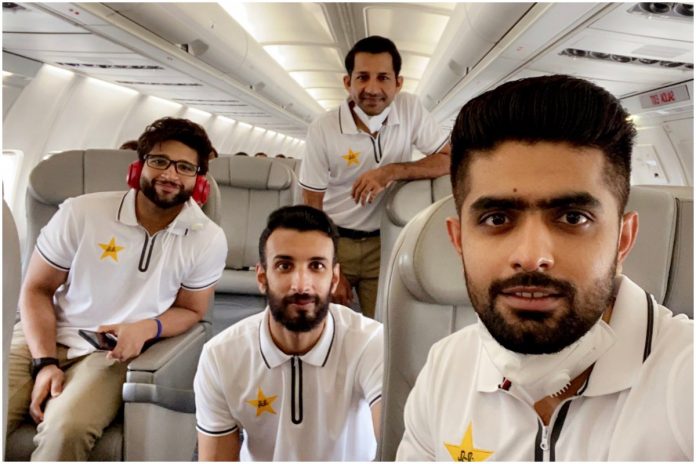 The Pakistan Cricket contingent consisting of 20 players and 11 support staff members landed in Manchester on Sunday ahead of their Test and T20 International series against England. The team had been surrounded by COVID19 threat after ten players were tested positive for the virus. While each of those players are being monitored and re-tested, the rest in England seem set for their 14-day quarantine in Worcester..

The Pakistan Cricket Board (PCB) announced the team’s arrival in England via Twitter. The team will stay in the bio-secured environment and will undergo tests for the virus after the quarantine period. Following which, Pakistan cricket team will move to Derby for practice. They are scheduled to play three Tests and as many T20Is, starting July 30. The England Cricket Board is keen on keeping the players and the support staff fit and away from the spreading pandemic. 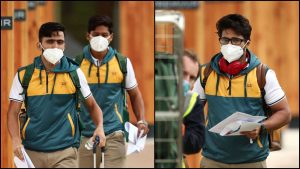 The unrest in the fans arising from testing positive of ten Pakistan cricketers has now been laid to rest. Most of them have remained asymptomatic while a few have also tested negative in their consequent test. However, they will be fit to get out of home-quarantine only after their second consecutive test turns negative. And whether they make it to the tour of England, only time holds answers

Schedule for the Tour:

Pakistan will begin their training in the second week of July on the Derbyshire Cricket Ground. They will then travel to Lords for the first Test followed by Old Trafford and Trent Bridge. The series will also mark the captaincy debut of Azhar Ali. The right-hander cherishes an impressive record, scoring 5919 runs in 78 Tests at 42.58. He also has 16 centuries and 31 half centuries due course.

Post the Test series, Pakistan will visit Leeds, Cardiff and the Ageas Bowl for their T20 matches. Led by the flamboyant talent of Babar Azam, the young Pakistan team will be keen on dominating the Englishmen. Babar Azam, who is already being termed as Pakistan’s cricket next big thing will be keen on taking on the England bowlers across formats.

“I think England are clear favourites because Pakistan’s track record in Test cricket, in the recent past, isn’t very good. I would be surprised if Pakistan even wins one match. Our team is inexperienced and has a lot of young players in it.” -Saeed Ajmal:

Overall, the swinging Wnglish conditions will test the patience and temperament of Pakistan’s batting. With most players, without any recent professional cricket experience, it will also be interesting to see the approach Pakistani cricketers bring to the table.

Pakistan Cricket Team to have landed in England:

Meanwhile, the English Cricket Team is all in readiness to take on Windies in a week’s time. The later team safely resumed practice after their quarantine ended last week. England will host the West Indies before playing Pakistan for another 3-Test series. It will not only be cricket returning to its home country but will also stage a good momentum builder for England before the Pakistan tour.

The broadcasters and commentators willl be on their toes since all these matches will be played behind closed doors. Entire world has been in anticipation of international cricketing action and the summer in England promises to entertain the masses. We, at ICN360, only hope that COVID19 lays no spoilsport and we look forward to continuing bringing you all the latest updates, news and scores from the English Summer.