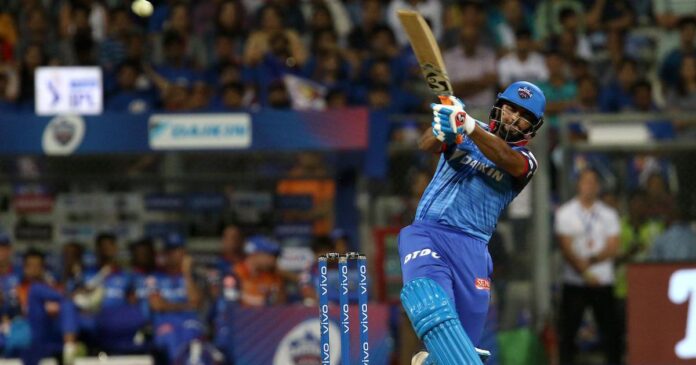 Ricky Ponting took many strange but effective decisions throughout his career and he evidently continues to do so. Delhi Capitals on Tuesday announced that Rishabh Pant will be their new captain for the Vivo IPL 2021 edition. He will stand-in for the injured Indian youngster and their successful captain from the last two years, Shreyas Iyer. The left-hander Pant has arguably been in the form of his life across formats and has pretty much helped India win every match that he’s featured in.

The decision came in as a surprise, given the kind of options that Delhi had to choose from. Shikhar Dhawan, Ajinkya Rahane, Steve Smith, Ravichandran Ashwin, Kagiso Rabada have all at some of the other points captained IPL or their national side in their career. They have also had a fair run in these outings making them favorites for the spot. However, the selection of Pant is a bold one that could well turn out to be a masterstroke.

On his new role, Pant said, “Delhi is where I grew up, and where my IPL journey began six years ago. To lead this team one day is a dream I’ve always harbored. And today, as that dream comes true, I feel humbled. I am truly grateful, especially to our team owners, who considered me capable enough for this role. With an amazing coaching staff and a plethora of accomplished seniors around me, I can’t wait to give my absolute best for Delhi Capitals.”

The Delhi ownership wished Shreyas Iyer a speedy recovery, as well as garnered immense praise on their new skipper, wishing him the best for this edition. Parth Jindal, the co-owner of the Delhi Capitals said, “There is no doubt that Shreyas Iyer’s leadership and batting will be missed this year, and we hope to see him back on the field soon. Delhi Capitals as a team plays a passionate and fearless brand of cricket, and Rishabh Pant embodies that best. The Delhi team has played an important role in his growth as a cricketer, just like he has played an equally important role in the growth of the Delhi team. I wish Rishabh and the team good luck.”

The injured captain Shreyas Iyer, and coach Ricky Pointing also shared their views and the thought-process with respect to choosing the young wicketkeeper as the first-choice captain. Iyer said, “When I sustained the shoulder injury, and Delhi Capitals needed a leader for this edition of the IPL, I had no doubt that Rishabh would be the best man for the job. He has all my good wishes to make amazing things happen with our absolutely incredible team. I’m going to miss the team tremendously, and will be cheering for them throughout.”

Meanwhile, Delhi Capitals Head Coach Ricky Ponting said, “The previous two seasons under Shreyas’ leadership have been incredible, and the results speak for themselves. This is a tremendous opportunity for young Rishabh, who is coming off successful stints against Australia and England which will no doubt give him the confidence needed to take on a new role that comes with a lot more responsibility. The coaching group is excited to work with him, and we can’t wait for the season to get started.”

It will be only the first IPL for the 23-year old as the Delhi Captain. While he will have a lot many brains to pick and seniors to take advice from, one can certainly expect a captaincy style, as innovative as his current form with the bat. Delhi will play their first game against Chennai Super Kings at Mumbai on 10th April.