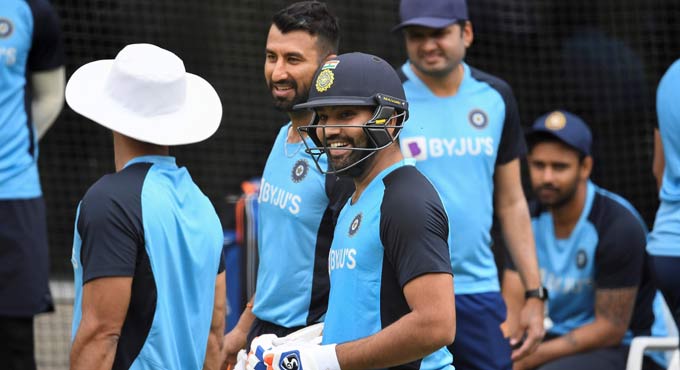 Rohit Sharma, Rishabh Pant, Prithvi Shaw, Shubhman Gill, and Navdeep Saini, were caught in a suspected breach in bio-bubble’s code of conduct. Currently in Melbourne, the Indian team will travel to Sydney on Monday. The five players in question too will be a part of the chartered flight.

Both Cricket Australia and BCCI had earlier published a statement that the incident, from New Year’s day, will be investigated for a possible safety breach. “If you carefully read the CA statement, they never said that it’s a breach. They said that they are seeking to determine if it’s a breach.

“So there is no restriction on these five players traveling with the team to Sydney. The entire team is flying tomorrow afternoon,” a senior BCCI official told PTI on conditions of anonymity.

The Indian team members were alleged to have come in contact, clicked pics with and hugged, with an Australia-based fan to return the money he paid for their food-bill.

“Had the gentleman (the fan) in question not lied about hugging a player (Rishabh Pant) on social media, this mess wouldn’t have happened. The players had gone inside because it was drizzling.

“This guy, without permission, shot a video and then paid the bill which no one asked him to and after that for publicity put a screengrab of the bill,” the official said.

“You want to tell me that Cricket Australia will make a decision based on a purported video of a person who first lied and then retracted his statement,” he added.

Indian team’s administrative manager Girish Dongre is the man under question for BCCI. Dongre is an employee of the BCCI and assigned to handle and also keep the team abreast of the Covid-19 protocols.

“The players are not supposed to carry the protocol sheets or remember every fine line written,” another BCCI official said.

“There is a professional team of people who have to ensure that every rule is being followed and it was Dongre’s duty to ensure that players are told that they can’t get into an indoor area,” he added.