In a major blow for the Australian Cricket Team, their star batsman Steve Smith has been ruled out of the 3rd Test match to be played at Headingley, Leeds starting from 22nd August. Without Smith, the Australian team have struggled in the batting department.

During the 4th day’s play in the 2nd Test match played at Lords, London, Steve Smith was hit by a bouncer and was forced to retire hurt. He came back to bat and made 92 runs in the 1st innings. He did not come to field due to a concussion and was ruled out of the 2nd Test.

Marcus Labuschagne became the 1st batsman to be a concussion substitute in Test history. Smith has been in sensational form in the 2 Ashes Test match. In the opening Test match at Edgbaston, Birmingham, Smith scored 144 runs when Australia were in big trouble. In the 2nd innings, Smith scored 142 and led Australia register a remarkable 251 runs win to take a 1-0 lead.

In the 2nd Test match also, Smith scored a brilliant 92 when wickets fell at another end. Smith was hit a vicious bouncer and had to retire hurt. Australia were bowled out for 250 in the 1st innings. Chasing the target of 267 runs to win, the Australian batting line up struggled. Marcus Labuschagne scored 59 while Travis Head remained not out on 42 to help Australia save the match. Aussies ended the 5th day at 154 for 6.

Marcus Labuschagne who became the 1st concussion substitute in Test cricket, will take place in the playing XI. Australia are currently leading Ashes 1-0. It is a major blow for Australian Team as Smith was the backbone of current batting line up. With David Warner out of form, England have a great chance to level the Ashes series at 1-1 by winning 3rd Test. 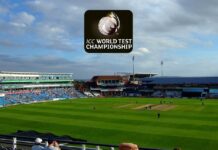 WTC Cycle 2021-23 to include a renewed scoring system 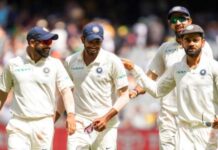 World Test Championship: The Indian bowlers have been on a roll