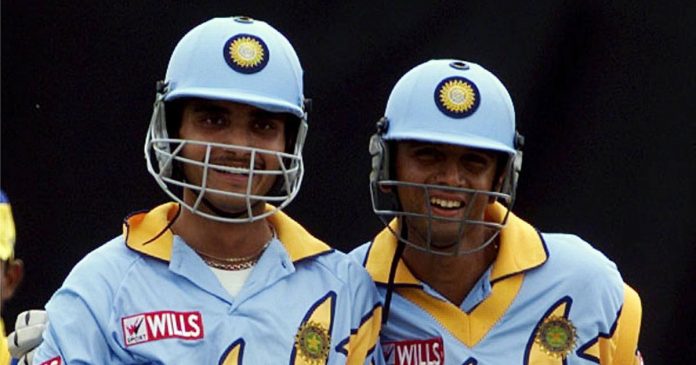 India’s roller-coaster ride met a disastrous ending at the ICC Cricket World Cup of 1999 in England. However while it lasted, the Indians managed some stellar performances and gave their fans plenty of memories to cheer about. Rahul Dravid, Sachin Tendulkar and Saurav Ganguly were at their ecstatic best, scoring centuries and knitting crucial partnerships due process. In a Group A match against Sri Lanka, it was this day that year that Saurav Ganguly combined with Rahul Dravid to unleash an onslaught on the Lankan bowlers. 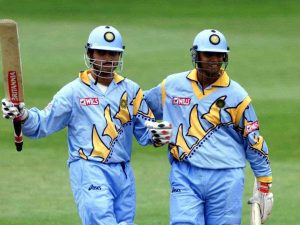 The Somerset Club at Taunton has been home to batting exploits by the likes of Ian Botham and Viv Richards from the past. The ground is known for its quick outfield and a batting friendly wicket that does it enough justice. The 318 run demolition was another proof of the same, etching a permanent memory in the hearts of cricketing fans. It was an absolute batting masterclass. After the loss of Sadgopan Ramesh in the very first over, Ganguly and Dravid plundered onto the Lankan seamers. “Right from the first ball I faced, it was a good wicket to be fair with a fast outfield. Taunton usually is,” Dravid told ESPNCricinfo. 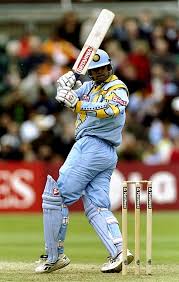 Dravid, who ended as the highest run-getter in the tournament, started hitting his shots right from the word go. Unlike his slow batting approach in ODIs, that flaked a wrongful criticism throughout his career, Dravid attacked the bowlers at will and consistently maintained a little over run-a-ball.

“I was in a good space, timing it beautifully. In fact, I was hitting it much better than Sourav. Usually, I hold up one end and people bat around me but on that day, it was quite the opposite early in the innings”.

Dravid soon brought up his second consecutive century and went on to score a brisk 143 of just 128 deliveries. The innings included 17 boundaries and a six, but more importantly redefined India’s batting stature in overseas conditions.

Dravid’s knock was ably supported by Saurav Ganguly from the other end. The Prince of Bengal was slow to get off the grooves initially, but later launched a brave counter-attack on the Lankans. He also negated the threat of Muttiah Muralitharan well and ensured rotation of strike in quiet phases. Once through it, Ganguly went all guns blazing and was unusually aggressive especially in the later phase of his innings. With 17 boundaries and as many as 6 massive sixes, Ganguly went on to score 183 runs off 158 balls taking India to a mammoth 372/6 at the end of 50 overs. His marathon innings is largely regarded as one of the best limited overs centuries in foreign conditions. 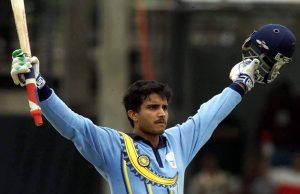 Together the two batsmen established an ever-lasting terror in the minds of the Lankan fielders. Their innings kept the statisticians on toes as they brought down one record after the other, most prominent being the highest ever individual score by an Indian. Ganguly’s 183 overtook Kapil Dev’s 175 from the 1983 World Cup. The partnership also marked the first ever 300 run stand for any wicket in the limited overs internationals. It broke the all-time partnership record of 275-runs standing in the name of Mohammad Azharuddin and Ajay Jadeja against Zimbabwe at Cuttack in 1997. The stand was reminiscent of the supremacy they showed in their first Test innings together at Lords in 1996. The trademark shots behind square from Dravid, Ganguly’s ever-so-elegant cover driving, the exuberant pulls and the innovative deft touches, each moment from the encounter is a rich asset to India’s history books.

India went on to win the encounter by a thumping margin of 157 runs courtesy Robin Singh’s 5-wicket haul. The Sri Lankan skipper Arjuna Ranatunga stood aside helplessly seeing his team being crushed to bits. “Can’t cry and defend this performance. We played very badly. The three fast bowlers were really pathetic,” said the disappointed losing captain. The win had given India a ray of hope in the race for a Super Six qualification. Post the two set-backs in the start, the Indians were in pursuit of a few wins. India’s revival was well initiated by Tendulkar in the match against Kenya and well carried forward against the defending champions. Despite India winning only a solitary match in the Super Sixes, the ‘99 World Cup showed a glimpse of the Indian batsmen doing well in foreign conditions.