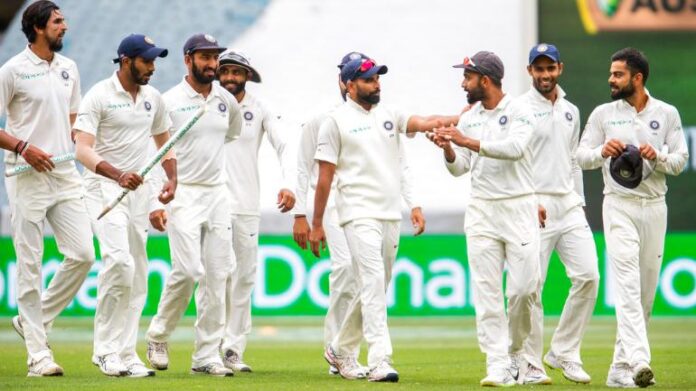 Cricket had been on a pause for the longest it has ever been in the rich history. The pandemic had halted all plans and it meant that even the sport underwent alterations post resumption. The use of saliva was banned, neutral umpires were no longer forced and an extra DRS was included as compensation. However, the thing affecting cricket the most was the absence of spectators. England was the first country to start international as well as domestic cricket behind closed doors. Countries like West Indies, Pakistan, Zimbabwe, and Australia followed suit. Even the Indians had their share of cricket with the IPL, albeit in the UAE. The success of all this overall has promoted a full-fledged resumption of international cricket around the globe.

Things to look out for…

The next three months guarantee as many as 10 teams participating in 6 bilateral series across all formats. India will get the busy international cricket schedule underway with the limited-overs leg (3 ODIs, 3 T20Is) down under, followed by the traditional longer format (4 Tests). The quarantining English side will then play 3 ODIs and 3 T20Is in cricket’s return to South Africa, who are also slated to host Sri Lanka early next year. Meanwhile, New Zealand will play host against West Indies and Pakistan in 3 T20I and 2 match Test series each respectively. The rich cricketing season will end with Afghanistan hosting the Irish team for 3 ODIs in the UAE in late January. All the ODIs will be a part of the ICC ICC Men’s Cricket World Cup Super League and the Tests will foresee the ICC Test Championship.

Playing cricket after a long break is never a cakewalk. The forced exile from international cricket has affected many in different ways. Be it getting into the groove with the bat, finding the right lengths with the ball, rekindling the judgement in the field, or even maintaining sound fitness through the entire process, the cricketers have a stern task at hand in the next few months. It’d therefore be interesting to see how they approach the comeback. While many players have featured in the IPL or other domestic T20 leagues recently, many are yet to smell the leather on-field.

The International Carnival Down Under:

For the Indian young team down under, the challenge will be to attain the consistency they showed the last time. With the likes of Raina, Yuvraj, and Dhoni missing from the middle order, the onus would be on the middle order to deliver, especially in the limited-overs format. The return of Warner and Smith and the current domestic form of other Australian stars will further intensify the challenge for the Indian cricket team. One will also have a keen eye on the second generation Indian batting as well as bowling lineup, beholding the future of Indian cricket. The top two teams on the ICC Test Championship table, India and Australia will look to consolidate their win percentage for the coveted finals at Lords next year. Also, if the news is true to go by, one might also witness a partial return of crowds in international cricket in the traditional longer formats.

On the other hand, only a few thousand miles away from Australia, Williamson’s New Zealand will play against his partner-in-crime last month, Jason Holder’s Windies team first and then the new-born captain’s Babar Azam later. Each of the two 2-Test match series will be crucial in deciding the fate of all three teams in the ICC Test Championship as well. They will also be preceded by 3 T20Is each, spicing up the contest even more. All the three teams, New Zealand, West Indies as well as Pakistan have been impressive in the shortest format in the recent past. They have garnered the youngsters well, have trusted the experience, and have also caused a few upsets cruising through in world cricket. Though in a bio-bubble void of fans, the battle still promises a humdinger of a contest.

The touring English side has been blown away by South Africa’s natural beauty, but the hosts will also be keen on outplaying the Englishmen on the ground. The resurrecting African side under Quinton de Kock is yet to find its right balance. The emergence of Temba Bavuma, Anrich Nortje and Kagiso Rabada in world cricket has pleased many in recent times and the onus will be on them to deliver. Even for England, the misfiring Buttler, Morgan, Ali and South Africa-born Stokes, will look to down their nemesis of the IPL from last month. Having said, England are still the World Champions and hold potential to turn around even in a matter of seconds.

In short, in every possible case, the next three months guarantee to bring joy, happiness and smiles to every cricket fan’s heart!