Suresh Raina made his T20I debut for India on December 1st, 2006 against South Africa. He was a part of the Indian Cricket Team which yielded brilliant results. The left-handed batsman played his last T20I match against England on 8th July at Bristol.

Raina has been a part of the Chennai Super Kings side since the start. He played a key role in helping CSK win matches with his brilliant batting. Coming at number 3, he made sure that he guided the most successful side in IPL history to qualify for the playoffs stage every time. 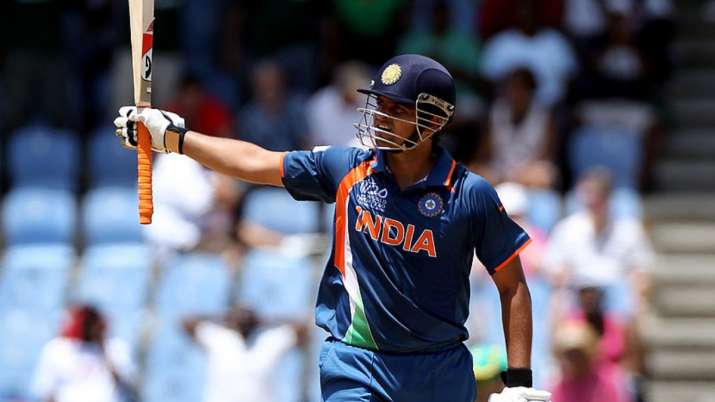 Suresh Raina became the first Indian to score a T20I century in the 2010 World T20 Group C game against South Africa played on 2nd May 2010 at Gros Islet, St Lucia. In that match, South African captain Graeme Smith won the toss and decided to field first. It was not an ideal start for India as they an early wicket of Murali Vijay in the first over. Suresh Raina came to the crease and given a reprieve as he was caught off a no-ball. Dinesh Karthik also fell cheaply.

Raina took some time before taking on the South African bowlers. He completed his fifty off 42 balls with a single from Dale Steyn bowling in 15th over. It was an amazing display of batting by Raina who accelerated the innings with some great hitting which put South African bowlers under pressure. He and Yuvraj Singh added 88 runs for the 3rd wicket. The Southpaw completed his century off 59 balls, dismissed for a superb 101 off 60 balls with 9 fours and 5 sixes. His knock helped India post 186 for 5. Despite South Africa’s efforts, India won the match by 14 runs. For his superb knock, Raina was awarded the man of the match.

He made his T20I debut for India against South Africa on 1st December 2006 at Johannesburg. Since then Raina played a total of 78 matches (66 innings) and scored 1605 runs with 1 century and 5 half-centuries. The Southpaw played his last T20I match for India against England on 8th July 2018.

Suresh Raina made his IPL debut for Chennai Super Kings on 19th April 2008. The Southpaw produced a special inning with a brilliant 100 against Kings XI Punjab played at MA Chidambaram Stadium, Chennai on 2nd May 2013.

Chennai Super Kings captain MS Dhoni won the toss and decided to bat first. Wriddhiman Saha and Mike Hussey gave a steady start adding 27 runs. Raina came to the crease and looked positive right from word go. With CSK struggling to score runs, the Southpaw showed his class with big hits. He reached his fifty off 32 balls and then never looked back. In the next 21 balls, Raina looked in complete charge to complete his maiden IPL century off 53 balls. He remained not out on 100 which included 7 fours and 6 sixes. His knock helped CSK post 186 for 4. Despite strong efforts by Kings XI Punjab, Chennai won the match by 15 runs. For his superb knock, Raina was awarded the player of the match.

Raina has been a consistent performer in IPL history. He is the 2nd leading run-getter with 5368 runs from 193 matches (189 innings) with 1 century and 38 half-centuries. The Southpaw scored 400 plus runs in almost every edition till 2018. In the 2019 edition, Raina made 383 runs from 17 matches with 3 half-centuries. His best score in tournament was 59.