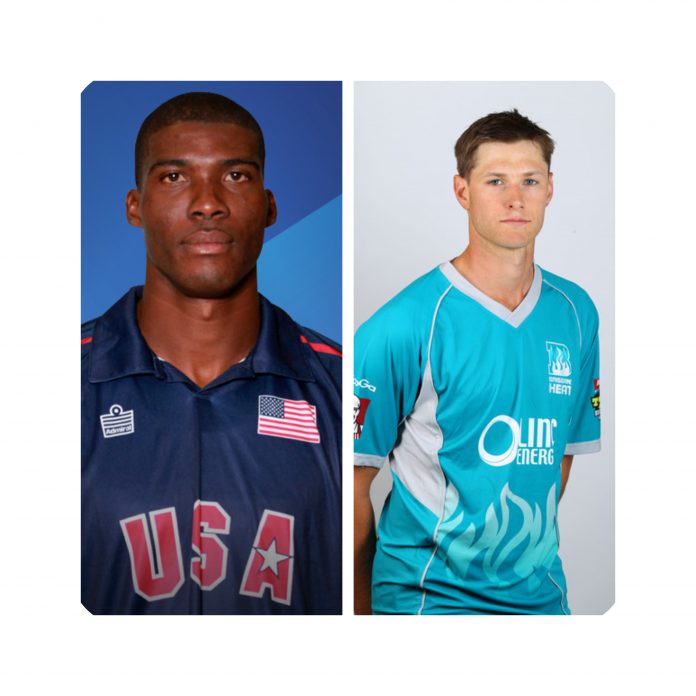 Timroy Allen, standing six feet and two inches tall, a right-arm fast-medium bowler, and a lethal finisher, has been recalled to the USA Cricket Squad for the upcoming ICC T20 World Cup Americas’ Regional Final in Bermuda. This is potentially a major boost for USA Cricket considering Timroy’s enterprising presence as he can deliver with both ball and bat.

Born and raised in Westmoreland, Jamaica, Timroy Allen attended Holmwood Technical in Manchester before migrating to the United States as a teenager in 2005. The last he played in USA colors was back in 2017 for the World Cricket League Division Three (WCL3) tournament. His moment to shine came when he was picked in the Caribbean Premier League of 2017 (CPL 2017) as a part of the Jamaica Tallawahs led by Chris Gayle.

However, Allen stayed away from any major professional cricket since he left the CPL 2017 midway and also made himself unavailable for selection for USA’s Auty Cup tour to Canada the following month. Seemingly, he took this decision to support his family and anchor his family business.

But all’s well now and the 32-year old Allen is back on the back of an expected three-month central contract from USA Cricket; with a possible extension on basis of merit. The newly appointed Director of USA Cricket and a man with an eye of an eagle when it comes to scouting talent – Mr. Kiran More – seems to be impressed with Timroy at the recently concluded three-game intra-squad selection camp for USA Cricket at Woodley Park (Los Angeles). Timroy grabbed five wickets and finished as the joint-leading wicket-taker.

The other prominent inclusion was that of the Queensland Bulls tall, lanky fast-bowler Cameron Gannon. Standing 199 centimeters tall, the 30-year-old seamer is known to extract significant bounce off the wicket. A US citizen himself, Gannon’s inclusion seem sto be inspired by the appointment of Mr. David Saker, the former Australian fast-bowling coach, who now serves as the fast-bowling coach for USA Cricket as per their latest management face-lift.

All-rounders Karima Gore and Nisarg Patel were the new inclusions as Roy Silva, Jannisar Khan, Nosthush Kenjige and Elmore Hutchinson were left out. Nisarg Patel justified his pick in the 14-man squad with a valiant 72 N.O. in the first inter-squad match at the Woodley Park in LA.

USA Cricket is pleased to announce its squad of 14 players to travel to represent the United States in the ICC T20 World Cup Americas’ Regional Final in Bermuda, where they will attempt to qualify to the ICC Men’s T20 World Cup Qualifier in the UAE.

The USA will play Canada, Bermuda and the Cayman Islands in the WT20 Americas’ Region Final from August 15 to 25, 2019. The top two teams from the competition will advance to the 14-team T20 World Cup Qualifier in the UAE starting October 11.