The Australian Cricket Team produced a dominating performance against the visiting Pakistan team to win the first Test match of the summer by an innings and 5 runs played at Gabba, Brisbane that finished in 4 days.

Despite 75 runs stand for the first wicket between Shan Masood and Azhar Ali, the Australian bowlers extracted bounce and dismissed Pakistan for a modest total in the first innings. The Australian batsmen played with aggression and posted a massive total which put Pakistan under immense pressure.

Despite Mohammad Rizwan and Babar Azam resistance, the pace trio of Australia bowled out Pakistan for 335 in their second innings to win the match. Australia moved up to second place in the latest ICC Test Championship points table. David Warner returned to Test cricket in style after a one-year ban. After bowling out Pakistan for 240 runs on the first day, the explosive Warner played with confidence and took the attack against the inexperienced Pakistan bowling line up which comprised of Shaheen Shah Afridi, Imran Khan Sr and Naseem Shah.

Warner reached his fifty in quick time off 78 balls and took Australia to a commanding position at 100 for 0 at lunch. The explosive left-handed batsman survived a no ball call from Naseem Shah bowling and took the advantage of the chance. He continued to play with confidence and reached his century off 180 balls.

His opening partner Joe Burns was dismissed for well made 97. Warner continued to milk the Pakistani bowlers and remained not out on 151 on the 2nd day. On the 3rd day, he struggled and was finally dismissed for well-made 154 which laid a strong foundation for massive total. David Warner’s opening partner Joe Burns played with positive intent on the 2nd day. He took on Pakistani inexperienced bowlers and reached his fifty off 85 balls. Both took Australia to 100 for 0 at lunch. After the interval, Burns was good with the back-foot and played spinners well. He was aggressive against Yasir Shah.

Burns and Warner made the batting look easy taking Australia to 195 for 0 at tea break. Burns looked for a century but tried to sweep the ball from Yasir Shah and was bowled around the legs for 97. Australian openers added 222 runs for the opening wicket which laid a strong foundation to post a massive total. 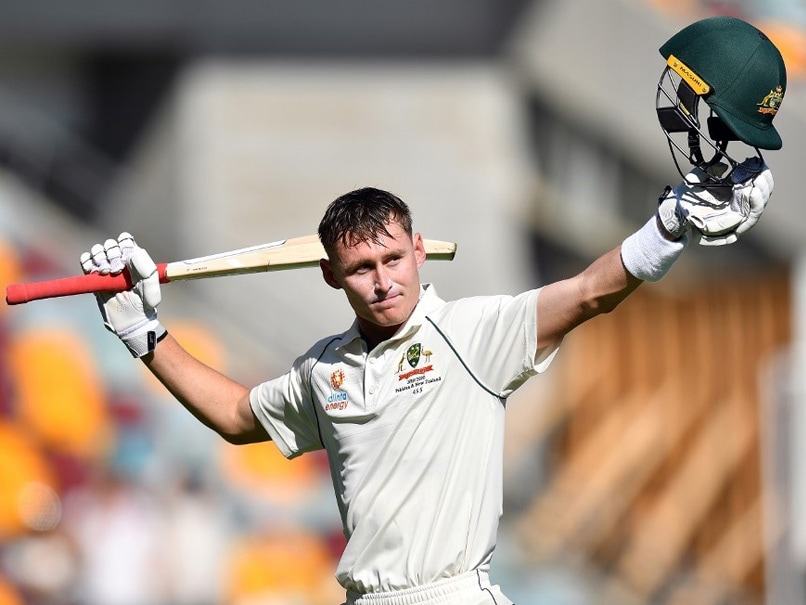 After an impressive performance in the Ashes 2019 series against England, Marnus Labuschagne posted his career best Test of 185. Coming at number 3 with the score board reading 222 for 1, the youngster looked confident with his stroke play and put Pakistan bowlers under pressure. Labuschagne reached his fifty on the 2nd day off 91 balls. At the end of day 2, Australia were 312 for 1.

On the 3rd day, the youngster made the batting look easy. Despite Warner and Smith getting out early, Labuschagne reached his maiden century in Test cricket off 161 balls. He continued to pile on the agony and added important partnerships with Matthew Wade and Travis Head.

Labuschagne reached his 150 off 233 balls. After reaching 150, the youngster took the attack and was finally for a brilliant 185 by Shaheen Shah Afridi after tea break. For his 185, he was awarded the man of the match. 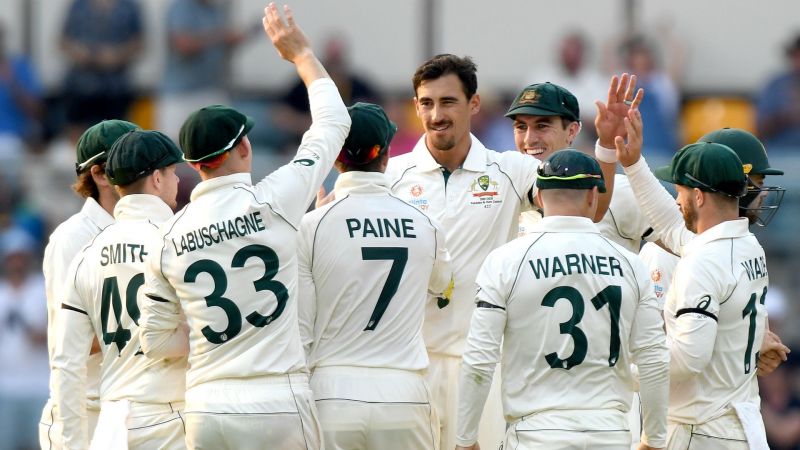 Mitchell Starc was quite impressive with his speed and accuracy in the first Test match against Pakistan. After Pat Cummins and Josh Hazlewood getting first two wickets in the 1st innings, Mitchell Starc got his first wicket of Haris Sohail.

After taking the 2nd new ball in the 80th over, Starc dismissed Yasir Shah, Shaheen Shah Afridi and Naseem Shah to finish with figures of 4/52 in 18.5 overs. Along with Pat Cummins and Hazlewood, Australia bowled out Pakistan for 240 in the first innings.

Starc did the job again with new ball in the 2nd innings dismissing Azhar Ali and Haris Sohail to put the Pakistani team under pressure. He dismissed Imran Khan Sr to help Australia win the match by an innings and 5 runs to finish with figures of 3 for 73 in 16.2 overs. Pakistan got off to a steady start on the first day with Shan Masood and Azhar Ali adding 75 runs for the opening wicket. Cummins got breakthrough for Australia getting the wicket of Masood. Hazlewood did the job by dismissing Pakistani captain Azhar Ali. He extracted bounce and pace which was tough to handle for Pakistan batsmen.

He then got the big wicket of Babar Azam for 1 run. He finished with figures of 2 for 46 in 20 overs. Hazlewood did not allow Pakistani batsmen to score runs easily.

In the second innings, Hazlewood got into the act by dismissing Iftikhar Ahmed cheaply. When the partnership between Babar Azam and Mohammad Rizwan was going, Hazlewood bowled tight line and lengths. He picked the wicket of Mohammad Rizwan for 95 and then dismissed Yasir Shah, Shaheen Shah Afridi to finish with figures of 4 for 63 in 21 overs. With this performance, he has broken into the top 10 bowling rankings in Test matches.