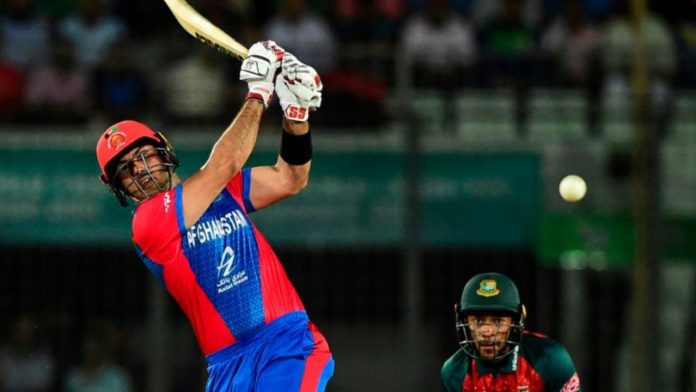 Afghanistan registered their 2nd successive win of the tournament beating hosts Bangladesh by 25 runs in the 3rd match of Tri-series played at Sher-e-Bangla Stadium, Mirpur on Sunday. Thanks to Mohammad Nabi brilliance, Afghanistan had posted a competitive total and defended the target with ease.

Afghanistan captain Rashid Khan won the toss and decided to bat first.  The decision did not pay off as Gurbaz was dismissed off the very first ball of the innings by Mohammad Saifuddin. In the next over, Hazratullah Zazai tried to hit a big shot and got out. Afghanistan was reduced to 41 for 4 in 6 overs.

Mohammad Nabi played with positive intent and took on Bangladeshi bowlers. He and Asghar Afghan steadied the innings creating pressure on the hosts. Nabi reached his 50 off 41 balls while Asghar also played a key role in the partnership. Mohammad Saifuddin broke the partnership dismissing Asghar Afghan. Nabi and Asghar added 79 runs for the 5th wicket. Nabi took the charge and remained not out on 84 off 54 balls with 3 fours and 7 sixes to his name. Afghanistan posted 164 for 6 in 20 overs.

Chasing the target of 165 runs to win, it was not an ideal start for Bangladesh as Liton Das was dismissed off the 2nd ball of the innings. Afghanistan got wickets of Rahim, Shakib AL Hasan, and Soumya Sarkar to leave Bangladesh in big trouble at 32 for 4.  At the end of 6 overs, Bangladesh was struggling at 38 for 4.

After the power play overs, Mahmudullah and Sabbir Rahman steadied the Bangladeshi innings taking singles and hitting boundaries. As things were looking for Bangladesh, Gulbadin Naib got the wicket of Mahmudullah for 44.  Mahmudullah and Rahman added 58 runs for the 5th wicket. It was not an easy task as Afghanistan bowlers kept picking wickets at regular intervals and bowled out Bangladesh for 139. It was their 2nd successive win in the series.

The action moves on to Chattogram as Bangladesh takes on Zimbabwe on 18th September.