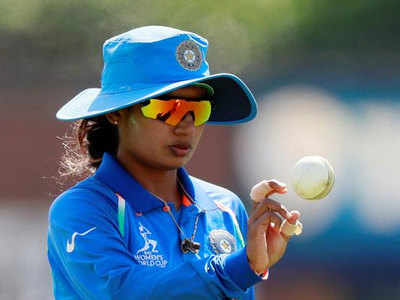 The veteran Indian player Mithali Raj has announced her retirement from T20I cricket today. She made her T20I debut for India against England on 5th August 2006. In total, Mithali Raj played 89 matches (84 innings) and scored 2364 runs with the best score of 97*.
She had captained India in 32 T20Is including three World Cups in 2012, 2014 and 2016. She was picked for the last two T20I series against England and New Zealand. In the 2018 edition played in West Indies, Raj was dropped from the playing in the semi-finals against England which India lost badly.

“After representing India in T20 internationals since 2006, I wish to retire from T20Is to focus my energies on readying myself for the 2021 one-day World Cup,” she said in a BCCI press statement. “It remains my dream to win a World Cup for my country and I want to give it my best.

Under his captaincy, the Indian women’s team reached the finals of the ICC World Cup 2017 played in England which they lost by a narrow margin by 9 runs. It was a brilliant team performance by the Indian women’s team who played above their potentials and defeated strong teams like England, New Zealand, West Indies in the group stages.

Mithali Raj main dream is to help India win the ICC World Cup in 2021 to be played in New Zealand.

In the semi-finals, Harmanpreet Kaur brilliance helped the eves to defeat Australia and reach their maiden 50 over World Cup.
The South African women are visiting India for a 5 match T20I series this month. It will give a chance for the young Indian players to be in the team and stake a claim for the squad in the prestigious tournament.

Mithali Raj scored 107 runs in 3 matches ( 2 innings) with the best score of 56. Despite his performances, he was dropped from the playing XI in the semi-finals.