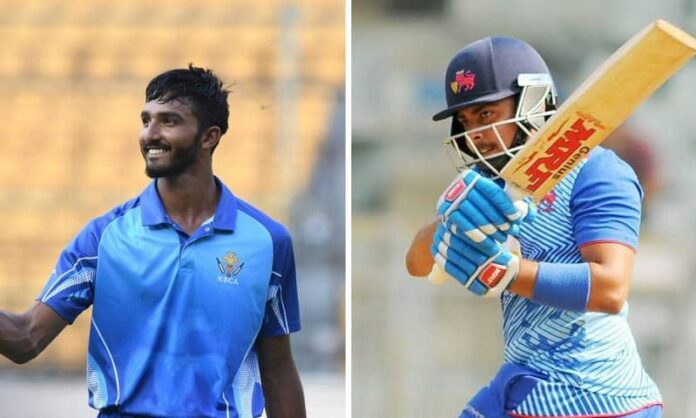 Vijay Hazare Trophy 2021 will be remembered for multiple reasons. While Mumbai emerged victorious after making a mockery of the 312 run chase against Uttar Pradesh in the finals, the tournament was home to a few extra-ordinary performances. The statesman and the analysts were kept interested throughout the tournament with records tumbling over one after the another. More than the bowlers, it was the batsmen who ruled their might due course, with three of them entering the Top 5 run-getters in a single season of all times. Spread across 15 days in 7 cities, across 25 stadiums, the 38 teams – divided into 6 groups, competed rigorously amongst each other with Prithvi Shaw’s Mumbai lifting the title in the finals at Delhi.

How often do you see someone almost single-handedly drive a team to a title? Dropped from the Indian team, Prithvi Shaw came into the tournament with a point to prove. His fairytale run of form began right from the start as the young right-hander struck an unbeaten century against Delhi setting the Mumbai juggernaut in motion. Shaw was also leading the team in absence of a few senior pros this season and his leadership only seemed like an unchanged translation of his batting form. His enthusiasm, energy, and confidence rubbed shoulders as Mumbai finished a clean sweep in the group stages.

Shaw scored two centuries in the first 5 games including a massive unbeaten double hundred (227*) against Puducherry. The knock included 31 fours and 5 sixes and is the highest ever by an Indian in the domestic One Day circuit. However, the responsibility of Shaw’s shoulders increased as Iyer, Suryakumar Yadav, and Shardul Thakur all departed for national duties just before the knockout stage. But relatively unphased and unscathed by the miss, Shaw continued his dominance over all bowling lineups. He scored a hundred each in the quarter, and semi-finals and got Mumbai off to a blistering start with a half-century in the finals. Moreover, the pace at which Shaw scored each of his knocks was phenomenal. Shaw finished with a record 827 runs in 8 matches, in what is regarded as one of the best batting performance in Indian domestic cricket of all times

Devdutt Paddikal first attracted eyeballs when he top-scored the 2020 edition of the Vijay Hazare Trophy with 609 runs. He then went on to do exceedingly well for the Royal Challengers Bangalore in the IPL in UAE, also winning the ‘Best Emerging Player’ award last season. The left-hander who showed immense potential and skill never seemed to lose his form, as he once again dominated the opposition bowling attacks with some authority and command. Of the 7 innings that Devdutt Paddikal played in the tournament, he went past fifty every single time and reached the triple figures in four of those occasions. His consistent fifty-plus scores were not only a surreal achievement to have but also gave him a place, only behind Prithvi Shaw in the record for most runs in a single season ever.

The left-hander finished with 737 runs in 7 matches at an average of 147.6 and a healthy strike rate of 97. These are still early years for the 20-year old in professional cricket, but with the kind of start he’s had, it wouldn’t be long until the southpaw makes it to the Indian cricket team.

Largely overshadowed by the batting prowess of his opening partner, Devdutt Paddikal, and Mumbai’s Prithvi Shaw, Ravikumar Samarth too had a blistering season with the bat for Karnataka. Alongside Paddikal, the experienced right-hander struck the ball hard and clean scoring 613 runs in the 7 games he played. The performance included two fifties and three hundreds, but most importantly set Karnataka apart from the rest helping them cruise through to the finals.

R Samarth has been fairly consistent in his India A outings as well, but given the plethora of opening options available in the country, has failed to make a cut for the Indian team. That being said, he’s constantly knocked on the doors of the selectors and one wouldn’t be surprised to see him make it big soon. Samarth finished 4th in the all-time list for Most Runs in a single VHT season. It is the dominance of these three star performers that made the 2021 edition of the Vijay Hazare Trophy, one for the openers to remember.