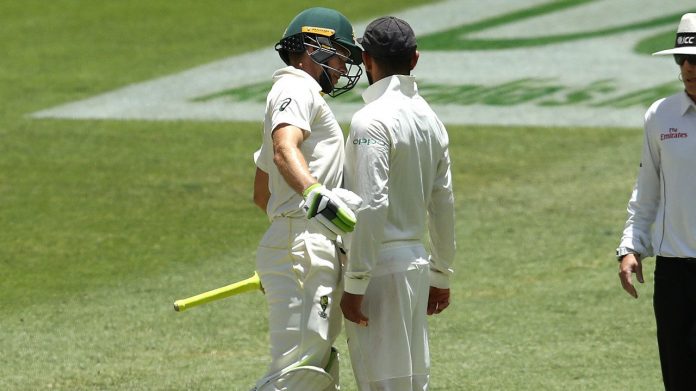 Along with the fierce rivalry between the bat and the ball, the game of cricket has witnessed many verbal/non-verbal sledging battles over the years. While a few of them have infuriated players, a few have also left everyone in complete splits. Such exchanges, though at times ugly, are important for the game to move forward in competitive spirits. Here are the Top 7 funniest instances of sledging cricketing world ever witnessed.

Fred Trueman was known for his witty remarks throughout his international career. The fast bowler had no control over his reactions and was spontaneous even with his teammates. In one such instance during the 1962-63 Ashes, Trueman caught edge of the Australian batsman but Raw in slips let it slid through his legs. Apologizing to the bowler Raw said, “Sorry Fred, I should’ve kept my legs closed”

Trueman replied “Not you, son, your mother should have”

The Indian Little Master and the West Indian legend Sir Viv Richards share a great friendship between them. However, the two did not break any sweat sledging each other during their playing days. Once in a Test match at Chennai, Gavaskar was dropped to No. 4 in the batting order. However, the ploy did not work as Malcolm Marshall got the better of Anshuman Gaekwad and Dilip Vengsarkar without troubling the scorers. With India struggling at 0/2, Gavaskar went into bat. To his welcome, the mighty West Indian was quoted saying:

“Man it don’t matter where you come in, the score is still zero!”

Gavaskar though had the final laugh, going on to score a double century!!

India’s tour of Australia is most times one to remember, not only for the competitive spirit but also for the fierce verbal exchanges. Batting past 100 on one such tours, Ravi Shastri was once told by the Australian substitute fielder Mike Whitney, “Stay in your crease or I’ll break your fuc**ng head”

Ravi’s reply to Mike in the over break left even the entire Australian unit in splits. He said: “If you could bowl as well as you talk, you wouldn’t be the fuck**ng 12th man!” 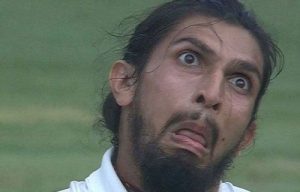 In a Test match in 2017 at Bangalore, India looked for redemption from their loss at Pune. Steve Smith’s wicket held key and the centurion from Pune looked in great rhythm right from the word go. Ishant Sharma in a bid to distract and disturb the concentration of Steve Smith tried to showcase Smith’s batting antics with his facial expressions. Ishant Sharma mocked the Australian with weird faces bringing a brief laughter to the entire Indian team, spectators, umpires as well as the Australian captain himself.

Parthiv Patel, one of India’s shortest cricketers, was on his debut tour to Australia in 2004. Coincidentally it was also Steve Waugh’s last Test match. Playing in the fourth innings to save the Test match, Waugh seemed keen on defending out to kill time. Young Patel behind the stumps tried his best to instigate the veteran Australian to play a big shot saying: “Come on Steve! One last slog sweep before you finish.”

Waugh, initially ignoring Patel’s constant murmur eventually spoke up: “Show some respect, when I made my Test debut, you were still in your nappies.” The taunt not only made Patel stop but also made the fielders around burst into laughter.

The exchanges between Rishabh Pant and Tim Paine throughout the Indian tour of Australia in 2019 kept the fans entertained. With an accessible stump mic, the two keepers actively indulged in healthy sledging across the four Test series.

Paine, in the later half of the tournament made Pant remember that MS Dhoni was the first choice keeper in the limited overs series to follow: “Fancy that Pant, extend your little Aussie holiday. Beautiful town Hobart too. Get you a nice apartment on the waterfront.”

“Have him over for dinner. Can you babysit? (Can I) take the wife to the movies one night, you can look after the kids?”

Pant too, wasn’t quite behind as he was heard indirectly sledging Australia’s captain: “Hey Mayank! We have a special guest today. Have you heard of the name ‘Temporary Captain’?He loves to talk. That’s the only thing he can do boy. Only talking, talking”

The mighty West Indian was into his county stint for Somerset. Greg Thomas on the other hand, playing for Glamorgan, beat Richards’ floating edge a couple of times. Pumped with aggression, Thomas walked down to Richards and said: “It’s red, round and weighs about five ounces, in case you were wondering.”

He wouldn’t be true to his name without a fitting reply. Immediate next delivery, Richards hit Thomas out of the stadium into the adjacent flowing river and said: “Greg, you know what it looks like. Now go and find it.”