England won their maiden 50 over World Cup in one of the most mouthwatering finals against a spirited-Kiwis side by the virtue of more boundaries hit played at Lords Cricket Ground, London on 14th July 2019. Both teams played outstanding cricket in the grand finale which resulted in a tie. In the Super Over, the match was tied again but due to luck, England won the prestigious tournament for the first time.

Before the World Cup started, England was touted as favorites to win the 2019 World Cup. They started the tournament on a winning note defeating South Africa by 104 runs. The hosts were given a shock defeat by Pakistan in the 2nd match of the tournament played at Trent Bridge, Nottingham on 3rd June. England defeated Bangladesh, West Indies and, Afghanistan in their next three matches.

Despite restricting Sri Lanka to a modest total of 232 for 9, England was given a shock as they lost the match by 21 runs. In their next match, the hosts lost badly to Australia by 64 runs at Lords on 25th June.

It was a team performance by Eoin Morgan led side who performed brilliantly under pressure. Here we look at the 5 reasons why England won the 2019 World Cup.

Ben Stokes 84 not out in the finals of World Cup at Lords.

Ben Stokes played a pivotal role in England’s World Cup win with both bat and ball. He scored 465 runs from 11 matches (10 innings) with 5 half-centuries with the best score of 89.

In the opening match of the tournament against South Africa, Ben Stokes made 89 off 79 balls which included 9 fours and helped England post 311 for 8. He was named the man of the match. Stokes was dismissed cheaply for just 13 run-  against Pakistan played at Trent Bridge, Nottingham on 3rd June.

Chasing 232 runs against Sri Lanka played at Headingly, Stokes played a blinder of an innings remaining not out on 82 off 89 balls with 7 fours and 4 sixes, but it was not enough for England to win the match. It was another superb performance by Stokes who showed his class with a brilliant 89 off 115 balls with 8 fours and 2 sixes against Australia played at Lords on 25th June, lost the match by 64 runs chasing 286 runs to win.

It was another classic performance by Stokes who scored 79 off 54 balls with 6 fours and 3 sixes which helped England post a massive total of 337 for 7.

Stokes was simply sensational in the finals of the World Cup played at Lords, London on 14th July. The all-rounder came at the crease when England was 71 for 3. He played with caution and kept the scoreboard ticking and reached his fifty off 81 balls. After the fall of Buttler wicket, the all-rounder showed calm composure. With 22 runs needed off 9 balls, Stokes hit a six and was involved in a controversy that hit the bat and went for 6 runs. Stokes k In the Super Over also, Stokes did the job and helped England post 15 runs. For his superb knock under pressure, Stokes was awarded the man of the match.

After the first-round exit in the 2015 edition of the World Cup, the England Cricket Board decided to change openers. Since then Jason Roy and Jonny Bairstow have changed the style of batting in 50 overs format.

Both openers exhibited great hitting abilities which put the opposition bowlers under immense pressure right from word go. In the 2019 edition of the World Cup, Bairstow scored 532 runs from 11 matches ( 11 innings) with 2 centuries and 2 half-centuries. His best score in the tournament came against India where he scored 111 off 109 balls with 10 fours and 6 sixes.

Bairstow opening partner, Jason Roy had a great tournament with 443 runs from 8 matches ( 7 innings) with 1 century and 4 half-centuries. His best score came against Bangladesh where he scored 153 off 121 balls with 14 fours and 5 sixes.

Both Bairstow and Jason Roy had some superb opening partnerships which included 128 runs stand against Bangladesh at Sophia Ground, Cardiff on 8th June. In an all-important match against India, Bairstow and Roy added 160 runs in just 22.1 overs to lay a solid foundation for a massive total.

In the 2nd Semi-finals against Australia, chasing down 224 runs to win, Roy and Bairstow added 124 runs for opening wicket in just 17.2 overs which led the England team to a  thumping 8 wicket win. 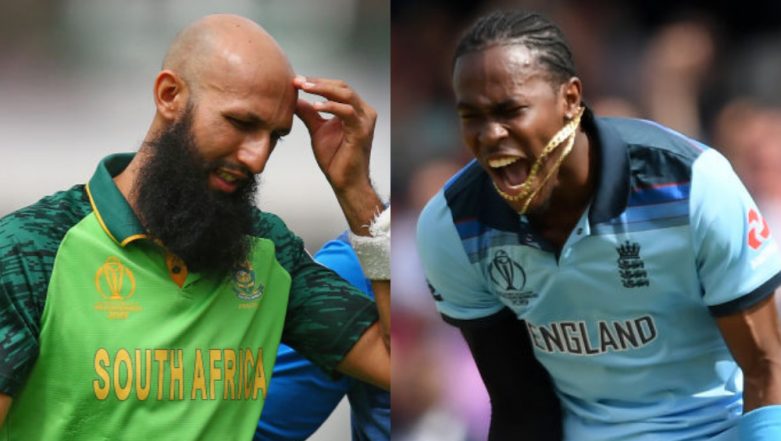 Jofra Archer proved to be the X Factor in the bowling line up which helped England win their maiden 50 over World Cup. He was not included during the initial squad, but he showed his promise in his debut ODI match against Ireland. Due to good speed and pace during the 2 ODI matches he featured against Pakistan; he was included in the 15-man squad for the prestigious tournament.

The tall right-handed pace bowler finished as the 3rd leading wicket-taker in the tournament with 20 wickets from 11 matches ( 11 innings) with an economy of 4.57 runs per over. During the World Cup, he bowled with pace and troubled the opposition bowlers. In the opening match against South Africa, Archer took 3 for 27 which helped England win by a massive 104 runs gap.

He bowled with aggression and injured a few batsmen with his sharp bouncers. It was an amazing debut World Cup for him who showed great composure in the Super Over. With 2 runs required off 1 ball, Archer held his nerves and helped England register a famous win on the verge of boundary count as the Super Over was tied also.

4. Depth in the batting line up

After the shock first-round exit in the 2015 edition of the World Cup, England cricket team decided to change the style of the play and bought aggressive players. From 2015 World Cup onwards, they posted 444 for 3 against Pakistan in 2016. In 2018, England posted the highest ODI total till date of 481 for 6 against Australia which showed the power of batting line up.

Apart from scoring big totals, they chased down big totals which put pressure on the opposition’s bowlers. Apart from explosive openers in the form of Jason Roy and Jonny Bairstow, England had Joe Root, Eoin Morgan, Ben Stokes, Jos Buttler which can change the course of the match with their power hitting.

Joe Root had a superb World Cup with 556 runs from 11 matches ( 11 innings) with 2 centuries and 3 half-centuries. His best score in the tournament was 107 against Pakistan at Trent Bridge, Nottingham.

The explosive right-handed batsman Jos Buttler performed decently with 312 runs from 11 matches ( 9 innings)with 1 century and 2 half-centuries. His best score in the tournament was 103 against Pakistan.

Jos Buttler played a superb knock in the finals against New Zealand. Chasing 242 runs to win, England were 86 for 4. He scored 59 off 60 balls and added 110 runs for the 5th wicket. The hosts had a decent bowling line up comprising of Chris Woakes, Liam Plunkett, Adil Rashid, Jofra Archer, Mark Wood and Moeen Ali which can contribute with both bat and ball.

5. Eoin Morgan leading from the front 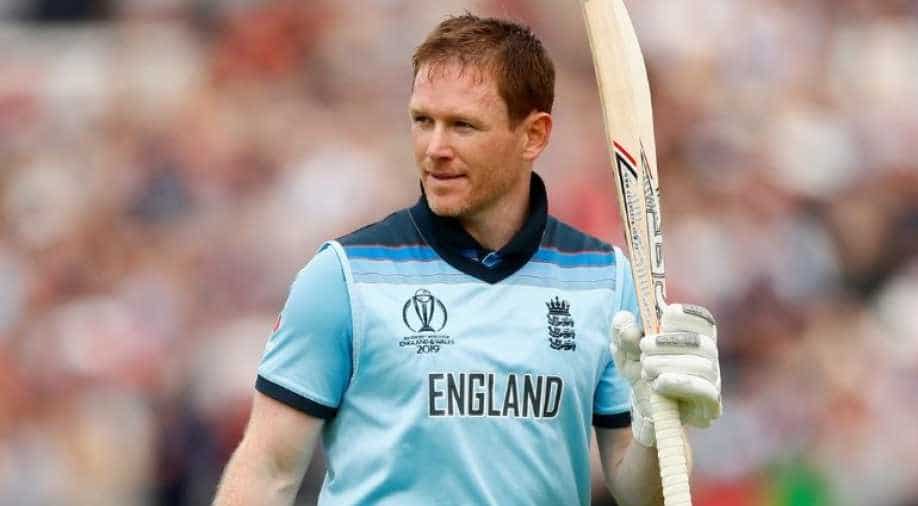 Eoin Morgan leading from the front.

The England captain Eoin Morgan had an important role to play with the bat and also during captaincy. He played one of the best innings of the tournament with a sensational 148 against Afghanistan which included record 17 sixes. The left-handed batsman showed his skills with 371 runs from 11 matches ( 10 innings) with 1 century and 1 fifty.

After 2 successive losses against Sri Lanka and Australia, England needed to win against India and New Zealand to qualify for the semi-finals, Morgan was inspirational as the hosts showed fighting spirit to move into the knockout stages.

In the semi-finals against Australia, Morgan led England side dominated with an 8 wicket win to move into the finals. England captain held his nerves in the final and backed his instinct to take home the prestigious cup on home soil.