The Anil Kumble-led ICC Cricket Committee recommended banning the use of saliva to shine the ball. During the video conference, the committee also pushed for bringing back local umpires for all international matches. And among other important decisions, an additional DRS appeal per innings, across formats was suggested on an interim basis.

“The ICC Cricket Committee today recommended changes to ICC regulations to mitigate the risks posed by the COVID-19 virus, and protect the safety of players and match officials,” read a press release from the ICC on Monday. “The ICC Cricket Committee heard from the Chair of the ICC Medical Advisory Committee Dr. Peter Harcourt regarding the elevated risk of the transmission of the virus through saliva, and unanimously agreed to recommend that the use of saliva to polish the ball be prohibited,” it further added.

According to Dr. Peter Harcourt, chair of ICC’s medical advisory committee, the risk of transmission of the virus through saliva prompted the ban on one of cricket’s most traditional practices. COVID19 is said to have no transmission through sweat and hence, it was the ICC termed it safe to be continued.

However, only time will tell how much of an imbalance between the bat and ball will the whole thing cause. The fast bowling greats such as Michael Holding and Waqar Younis have already expressed their aversion to the idea.

The panel also suggested the stipulation of the appointment of neutral match officials for international games to be temporarily suspended. The rule for posting only neutral officials has been in force since 2002.

The heavy curtailment and expected restrictions on international as well as domestic travel, the limiting and cancellation of commercial flights and the demand for mandatory quarantine periods stimulated the thought of using the local experienced umpires and match officials for time being. If there are no Elite Panel officials in the country, the best local International Panel match officials will be appointed. The decision has also made it imperative for ICC to establish a team of efficient officials in every country.

With an intention to support, the ICC also decided to add more technology to support the wide pool of officials.  It proposed an additional DRS review per team, per innings in each format as an interim measure. The suggestion has been gracefully welcomed by the entire cricketing fraternity. It now remains to be seen if the players are polite enough towards the officials.

“We are living through extraordinary times and the recommendations the Committee have made today are interim measures to enable us to safely resume cricket in a way that preserves the essence of our game whilst protecting everyone involved,” said Kumble, who chaired the virtual meeting. All these recommendations will now be presented before the ICC Chief Executives’ Committee in early June for approval. 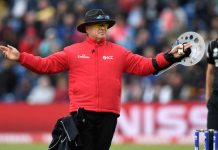 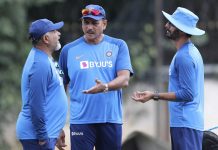 Indian Support Staff : Heroes from behind the scene 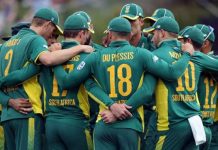