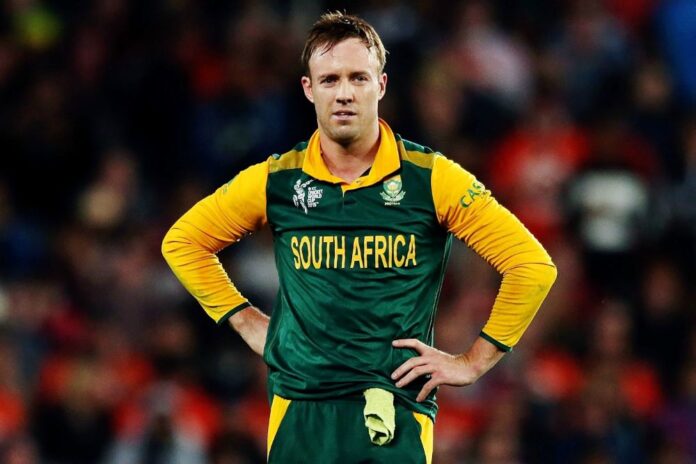 AB de Villiers shocked the entire World after retiring from international cricket abruptly in 2018. But the superhuman did not lose his Midas touch at all even post-retirement. During the time ABD pulled off some miraculous performances across the globe in franchise cricket, and especially in the Indian Premier League. His recent performances brought him back into contention for a return to international cricket, with the 2021 T20 World Cup in sight. Both Cricket South Africa and ABD himself were also vocal about the same. However, as per the announcement on Tuesday, the veteran will remain retired and will take no further part in the Green and Gold of South African.

The Proteas announced their squad for the upcoming games against Ireland and West Indies. The said announcement confirmed ABD’s omission from Cricket South Africa’s T20 World Cup plans. AB de Villiers had earlier himself confirmed a scheduled discussion with Mark Boucher after the IPL. CSA Director Graeme Smith had also confirmed over the same saying, “AB is different discussion as he is retired and whether he comes out of retirement is an ongoing discussion.

“In terms of free agents, they are always available. They play in T20 leagues around the world and are gaining more experience in the format than most. We have seen the success the West Indies have had with that policy, so it would be considered by selectors. However, many factors go into that like team dynamics and the players in the system,” Smith had added.

While the said news comes in as a shock to cricket fans from across the globe, CSA also confirmed that the discussions did take place. Now, what exactly was the conversation and why was the decision to leave AB out taken is something that only time would tell.

CSA in an explanation to the entire ruckus before and after the team selection came up with a single line statement saying, “Discussions with AB de Villiers have concluded with the batsman deciding once and for all, that his retirement will remain final.”

After all the raised expectations and hopes, the cancellation of AB’s return is certain to sadden fans not only from South Africa but from across the globe. One would only expect AB to continue spelling his magic over the domestic leagues like he’s done for the past 3 years.

Discussions with AB de Villiers have concluded with the batsman deciding once and for all, that his retirement will remain final. pic.twitter.com/D3UDmaDAS2

South Africa lend in opportunities to the youngsters over AB:

Meanwhile, Temba Bavuma led the South African setup for the limited over games in Ireland and West Indies Tour included the likes of Sisanda Magala and Lizaad Williams. The Test squad, to be led by Dean Elgar for the first time, too was packed with youngsters like Kyle Verreynne, Keegan Petersen, Saral Erwee, Marco Jansen, and Lizaad Williams.

Speaking about the two teams, Victor Mpitsang, CSA’s Convenor of Selectors, said “The Caribbean is well-known for its low and slow wickets and we have ensured that we have chosen the personnel needed for every eventuality on this very important excursion. While there aren’t any (ICC World Test Championship) points to play for, it is still of vital importance for South Africa to produce winning results through a steadily growing and high-performing cricket pipeline.

“The historic tour to Ireland is crucial for points towards our qualification for the 2023 Cricket World Cup and preparation for the T20 WC later this year. This is the start of our road to these trophies and every tour will see us field our absolute best sides.”