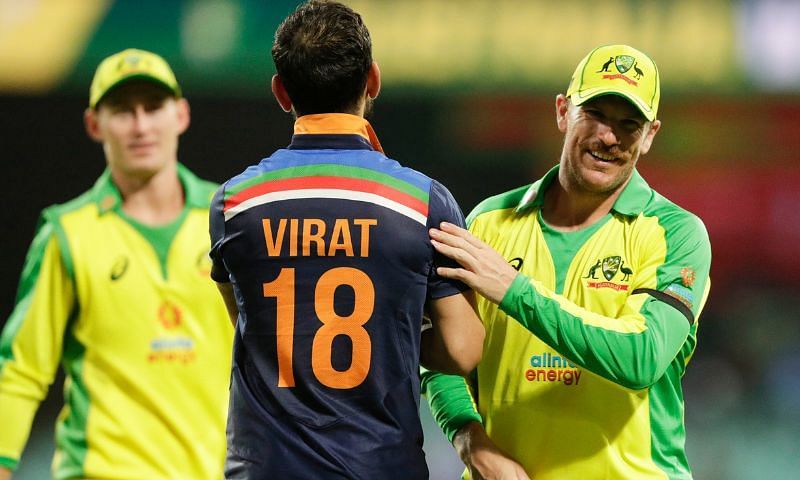 A lot of questions were asked of the Indian middle order and especially the non-bowling Hardik Pandya before the start of the ODI series. However, the ‘batsman’ Pandya, lay most of them to rest in the first ODI against Australia. His 90-run knock was one of the few positives the Indian team took from the game at the SCG on Friday. Indians were let down in all three departments resulting in a massive 66-run loss to the hosts. They will now seek a series-leveling win on the same ground on Sunday.

Playing the longer white-ball format after almost 300 days, one could see the uncertainty and hesitation in India’s approach. The Indians were pathetic in the field, let the game slip away with the ball, and failed to convert starts with the bat. The visitors only had a handful of positives but a truck-load of questions to address in the consequent encounters.

India will look to overcome its problems:

The one thing that perhaps hurt India the most is the unavailability of a sixth bowling option. The fact that there exists no viable seaming allrounder even in the entire domestic setup is further concerning. Therefore, for India to win and compete, it is imperative for each of the current five bowlers to be on the top of their respective games. On bouncy Australian wickets with lightning-quick outfields, finding the right length and rhythm is of utmost importance. The pace battery of Shami, Bumrah and Saini will be keen on settling into their groove on Sunday. The spinners in Jadeja and Chahal as well will look to dominate from the word go.

The longer Australian boundaries and the swift-flowing winds also seemed to be a problem for the Indians. The fielders found it difficult to judge the ball and ended up making a mess of easy chances. They let the likes of Smith, Finch and others get revivals fueling the onslaught the Aussies were already onto. Coming this Sunday, India will also be keen on addressing these nuances that probably cost them 50-60 runs the other day.

For someone who times a run chase better than anyone else, Kohli seemed in a huge hurry…

On the other hand, the Indian batters showed a glimpse of their potential, but not enough to see them through. Courtesy of some accurate short-pitched bowling by Hazlewood, the top order was rattled relatively early in the innings. Captain Virat Kohli himself gave it away cheaply despite an eventful start with the bat. He, like everyone else in the team, will aim to play a longer inning guiding the team home on Sunday. The game is not only important for the Indians to level the ODI series but also to gain confidence that the team possesses enough to win down under.

A settled Australia will only look to hold form:

There was only a little that Australia did wrong in the first encounter. They were sumptuous with the bat, watchful with the ball and relatively decent in the field. Though they missed a few chances in the second innings, the comeback led by the best-friends, Zampa and Stoinis was commendable. The ploy of letting Hazlewood bounce through the Indian top-order also seemed to work well.

It was after a long time that two Australians scored tons in the same ODI against India. While the one from Finch was well constructed and well built, Smith’s ton was only a justification of his class and talent. It would be interesting to see if either of them carry form going into the second ODI. The other aspect to look forward to is the emergence of Maxwell. The all-rounder seemed in his complete element massacring the Indian bowling. He also returned with impressive figures with the ball, much unlike his recent stint at the IPL. The team looks settled and for them, it is only about carrying the momentum forward.

Other than any forced ones, either team is unlikely to make any changes.