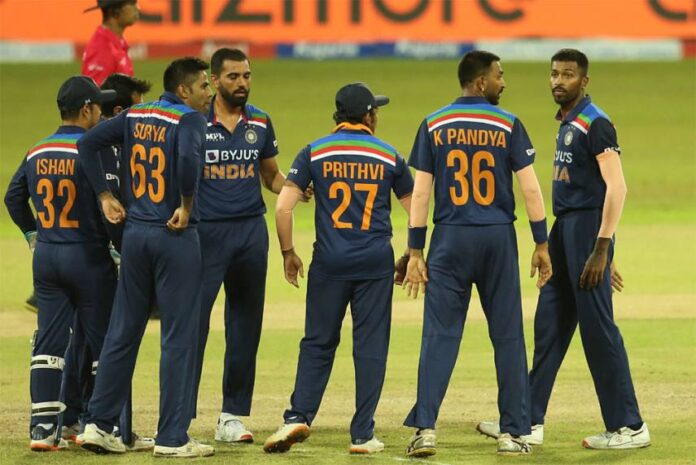 The Indian cricket team has survived the Covid19 scare in Sri Lanka after their all-rounder, Krunal Pandya, tested positive for the virus. Pandya, who showed mild symptoms on Tuesday was immediately quarantined. 8 of his close contacts were also sent into an isolation facility within the bio-bubble. The 2nd T20I between India and Sri Lanka was postponed and every member of both the contingents underwent an RT-PCR screening.

However, the results that came out of it later today suggested that none of the other Indian players or support staff members were contracted with the virus. The series is also slated to go on with minor tweaks. India will play Sri Lanka in Colombo for the remaining two T20Is on Wednesday and Thursday respectively.

The entire contingent is undergoing RT-PCR tests today to ascertain any further outbreak in the squad.#SLvIND

The reports further suggest that none of the eight close contacts of Krunal Pandya will travel to the ground on Wednesday. The Indian team, going in with a 25 member squad does have options and the management is sure to find a fit and healthy XI for the remaining two T20Is. It would be interesting to see who exactly are the eight close contacts and who will be the replacements going into the final phase of the series.

Professor Arjuna de Silva, who oversees SLC’s bio-bubble protocols for international tours, told ESPNcricinfo, that it was unclear how Krunal might have contracted the disease, as there have been no reports of the bubble being broken, or any other significant irregularities. The said statement further intensifies the health and safety concerns of the players in Sri Lanka and puts the reputation of the series management at stake.

Team India is already 1-0 up in the three-match series. While they would want to finish on a high, they would have to overcome these uncalled-for challenges in the dead-middle of the tour.

This is the second instance that Covid19 has affected the series. Earlier, with batting coach Grant Flower and a video analyst turning positive, the ODI series had been pushed ahead by 4 days. This is also the third case of an Indian cricketer testing positive for Covid in a month, with wicketkeeper Rishabh Pant, and throwdown-expert Dayananda Garani being the first two in England in July.

The development is also likely to have an impact on the travel of Prithvi Shaw and Suryakumar Yadav to England. The two, named replacements for the England tour, were scheduled to fly immediately after the two T20Is. But the upcoming pandemic scare could lead to a delay, meaning that neither of them would be available for the first half of the series.