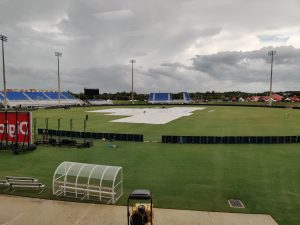 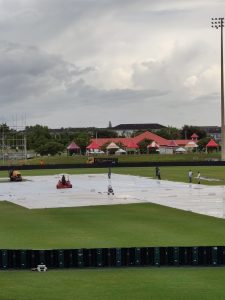 After a very promising yet disappointing World Cup 2019 campaign, the Indian Cricket Team is on the USA shores in the state of Florida as they embark on an all-format series against the West Indies – with the 1st T20i to be played at the Central Broward Regional Park in Lauderhill, Florida.

Virat Kohli made it pretty clear in his press conference before leaving India that India will be looking for this series as an opportunity to get over the prick of the World Cup semi-final defeat. With India having set their sights on the ICC Men’s T20 World Cup in Australia next October and with Now, with the World Test Championship getting underway – this series offers a fresh set of challenges for the Indian team.

The tour of the Caribbean begins with a three-match T20I series, the first two T20s to be played in Lauderhill. But the weather on the eve of the 1st T20i looks submissive and suggests that the encounter between the two teams could be interrupted by frequent bursts of thunderstorms. The last time these teams played at the Central Broward Regional Park (CBRP) here in Lauderhill, the first T20i went down the wire and had a thrilling finish, with the West Indies winning by just one run. Even three years back, rain played spoilsport as the 2nd T20i was washed out by rain.

The squads of the two teams are very interesting as the Indians have decided to have an influx of the younger lot while the West Indies are without the ‘Universe Boss’ (Chris Gayle) and Andre Russell. However, the big inclusion is Sunil Narine – making a national comeback to T20 International Cricket after almost 2 years!

This series is crucial for Virat Kohli as he will step out into a major full-series as a captain without MS Dhoni behind the stumps for him. It will be interesting to see how much it affects Virat’s captainship and his ease on the field even while handling, arguably, the toughest job in cricket! Also, with no MS Dhoni, this is Rishabh Pant’s golden moment to shine and stamp his authority. With Dhawan back, alongwith Rohit and Virat, they would form the top 3 – with KL Rahul, Shreyas Iyer and Manish Pandey fighting it out for 2 spots. Having rested Yuzvendra Chahal and Kuldeep Yadav, the stage is all set for Rahul Chahar to make a mark.

Andre Russell, who hasn’t looked particularly comfortable post his knee injury, has been replaced by Jason Mohammed. Even without Gayle and Russell, captain Carlos Brathwaite would feel confident considering the power-hitting and bowling that is at his disposal.

The pitch at the CBRP is usually a batting paradise with loads of runs and excitement awaiting all the fans. However, with the damp conditions that are prevalent on the eve of the 1st T20i, there might be some juice in the wicket for the bowlers and the runs might be hard to come-by. But having seen the forecast for Saturday, the fans would be mighty pleased if they can get a full game and see their stars play.