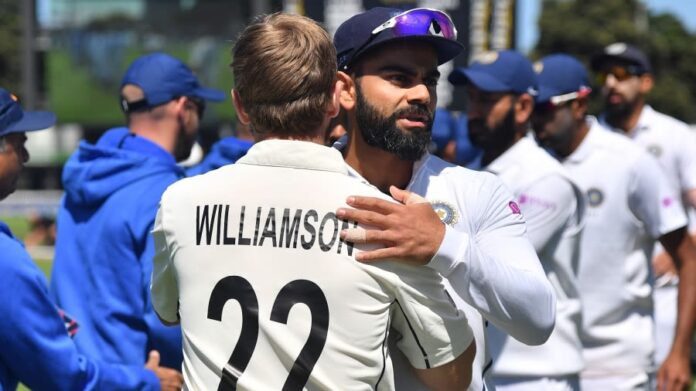 The way these last 12 months went by, it was impossible to contain oneself to only a single article. India played in Australia, England, South Africa, back home in India, and in the IPL in UAE. There were records broken, histories created and some major setbacks suffered, but the year 2021 in Indian History will go down as a year to remember. While Part 1 of 2021: In the Miraculous Year Gone By focused on the first half of the year, this one sheds light on India’s campaign in England, the T20 World Cup, India hosting the Kiwis, and the culminating Boxing Day win in South Africa.

An extended Indian contingent traveled to England immediately after the IPL to what was to be one of the longest tours India’s ever had to the country. The pandemic had reduced India’s practice to minimal with only a couple of intra-squad games before the World Test Championship Finals. Dare I say, it cost India the title. The Indian team at Southampton against New Zealand was miserable. Each and everyone in the team at some point in the game had the required starts and the required game to sustain, yet they simply couldn’t. They fell prey to some consistent bowling from the Kiwis and never quite looked in command of the situation. While one could argue that the weather and the toss, once again (reminiscing the World Cup 2019 Final), played a pivot in India’s fortune, collectively it could’ve been better. “45 minutes of bad cricket cost us the game” was by then a phrase too frequent to have been used. Having said that, Kiwis deserved the title for the way the sheer dominance they had throughout the course of the game.

And then the comeback story – same old, same old! The England home series, consisting of 5 Tests, began at Trent Bridge with a draw but India was quick to bounce back at Lords with a sensational win. One of the finest that India has ever produced in recent times, the win at Lords or the so-called “2021 Lunch” was a sight to remember. KL Rahul with a tremendous hundred, the fight from Rahane in the second innings, and mastery of swing from Siraj in either innings laid impetus on India’s intentions to make a mark. Though the tourists once again slumped to a low in the Third Test, getting bowled out for a mere 78 in the first innings and losing the game, they were also quick to recover to what once again can be termed as one of India’s most significant comebacks ever in Test cricket. Playing at The Oval in England in the Fourth Test,  on the back of a Shardul Thakur savior act in the first innings and a magnificent Rohit Sharma hundred in the second, Indian caught England off by a huge margin of 157 runs. Once again it was the Indian seamers doing the damage intruding the English spaces frequently. There was a sense of collective belongingness on display even on the ground, and just like Australia, watching the Indian team win in England was worth everything to ask for.

Albeit a covid scare cut the tourney short, it only delayed the joy a little further. Meanwhile, a young Indian setup had set foot in Sri Lanka playing LOI series under Shikhar Dhawan. There were a few Indians who stood out due course, the best being Bhuvneshwar Kumar and Deepak Chahar with the bat in the 2nd ODI – resurrecting the Indian run-chase. And of course, interim coach Rahul Dravid, who went on to replace Ravi Shastri later in the year.

The biggest event of the year was still yet to arrive – the T20 World Cup. It would not have a huge mention, however, in India’s calendar year achievements as they failed to even qualify for the semi-finals. The ‘favorites’ never turned up and the World Cup was all about Pakistan and Australia sporting one of their best performances ever. While Babar Azam and his men failed to reach the finals, the Aussies ended their season with a maiden T20 title. The T20 World Cup, however, marked the end of Virat Kohli as a Limited Overs Captain (with all the drama that was slated to happen next) and Ravi Shastri as India’s head coach.

And much like he did in his career as a player and captain, Dravid was impactful right away trumping the Kiwis at home comfortably. Virat Kohli missed most of the series and let Rohit Sharma take over as the LOI captain, the Indians seemed at ease winning T20Is 3-0 and the Test series 1-0. While noteworthy contributions from Mayank Agarwal, Shreyas Iyer, and the Indian spinners headlined the Tests, Kiwis too had two of their most iconic moments due course. One, the escape they had against India at Kanpur surviving more than 10 overs for the last wicket and Ajaz Patel becoming only the third ever to pick up all 10 wickets in an innings, at Mumbai.

Starting the year at the Gabba and finishing it thus at Centurion is a mighty achievement. The WTC final was the only aberration in a great year of test cricket

The Indian dominance in the longest formats was evident right through 2021 and it was only fitting that they ended up with a win. This final one of the year came at Centurion against South Africa in a Boxing Day Test, set up by a magnanimous KL Rahul hundred and persistent Shami five-for. It’s been a year to remember, a year to celebrate, and more importantly, a year, to be proud of. And now if this Indian team could continue the same in 2022, get that coveted T20 title, it’d be a perfect dessert to the golden platter that this miraculous year gone by served.